In the opening verse of Man on Mars, the eighth track on jazz quintet Morgana’s 1998 album Have You Heard the News Today?, lead vocalist Lisa Young comes out guns blazing, referencing hard-hitting themes like masculinity and power in under 20 seconds.

“Have you heard the news today? / Man is on Mars, he’s there to stay / Watch him build an empire state / Some things will never change.”

As well as the swinging bass and dynamic piano for which the group became known, these lyrics epitomised the all-female group’s trailblazing presence during the 1990s, placing gender and representation at the forefront of their music. 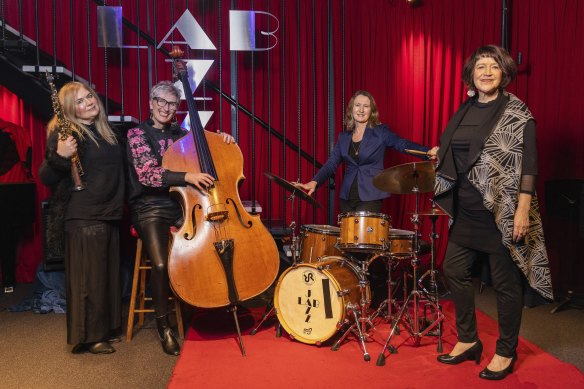 It has been 30 years since the Melbourne-based quintet’s groundbreaking formation, and about 20 years since the five women decided to part ways. But the hard-hitting sound of Young, Fiona Burnett, Annette Yates, Sonja Horbelt and Andrea Keller is ripe for a comeback at the Melbourne International Jazz Festival in October.

“It’s like the phoenix rising from the ashes,” said soprano saxophonist Burnett ahead of their reunion show on the Chapel off Chapel stage. “Morgana has breathed life again.”

Despite having not performed as a group since their gig at the Jazzlab on Bennetts Lane in 2001, the group is known as a pioneering force within Australia’s contemporary jazz scene, particularly where female representation is concerned.

“We weren’t meek, we were strong, we were loud, and we played fast and high and all those things. People were gobsmacked. It was like something they’d never seen before,” Burnett told The Age.

Reminiscing about a small-town pub gig in Lismore, Burnett laughed at a comment made by “some bloke behind the bar” while their all-female team attempted to set up the risers.

“He says, ‘Yeah, we haven’t had the stage out since the strippers were here.’ We all just kind of looked at each other like, ‘What?’ I know Lisa, our singer, was slightly devastated,” Burnett said with a bittersweet chuckle.

These sorts of exchanges were commonplace for a group of five women paving their way in a highly male-dominated genre. But as off-putting as it could be, the remarks fuelled the dynamism and force permeating Morgana’s sound.

“It’s still something that’s really quite cutting edge to have five women playing jazz,” she said. “It was like, ‘Oh, you’re a girl, and you play saxophone? Isn’t that weird for you to play saxophone?’ They’re the kind of comments that you would routinely get playing jazz [in the ’90s].”

There are noticeably more resources and initiatives created to encourage more women to take up jazz in 2022, said Burnett, but the industry has not come as far as she had hoped.

“I think there has been a lot of positive change. Sonja is running the Melbourne Women’s International Jazz Festival,” she said. “There is a kind of critical mass of female players in Melbourne. However, in terms of the percentages [of female jazz musicians globally], it would be very small compared to the broader community of jazz musicians who will likely be men.”

The industry’s inherent sexism, as well as the desire to focus on family and educating young minds, led to Morgana’s disbandment in 2001.

After nine years of live performances, Burnett said contact was relatively sparse for the first few years as they pursued their own ventures, including studying for a PhD, teaching at the Victorian College of the Arts, and creating recordings for the ABC. 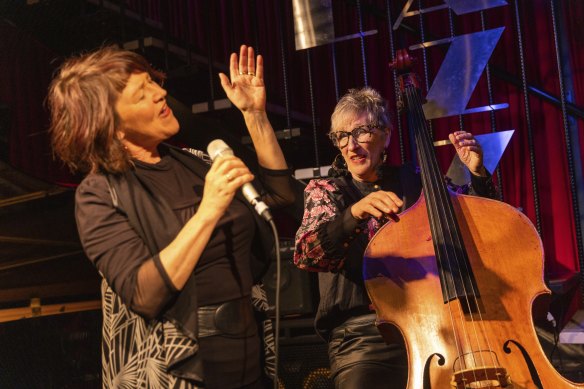 But Morgana’s influence lived on, Burnett said. Their experiences performing as a group informed each of their solo journeys, eventually bringing them back together for a highly anticipated reunion at this year’s jazz festival.

Morgana’s reunion not only celebrates the quintet’s 30th anniversary and women in jazz, it also prompts them to appeal to a younger audience, those of the “internet era”, and to encourage the audience to take their sound seriously.

“We haven’t gone away, we’ve just got better,” Burnett said with conviction.

“I think, personally, I’ve become more bold whereas previously, being a young woman, I felt probably slightly apologetic about taking up some space. Now I don’t, not just because we’ve all done the hard yards as an ensemble, but individually too.”

The program for the 2022 Melbourne International Jazz Festival is released today.