It might not be “Wednesday” night, but Jenna Ortega is rocking the red carpet.

The 20-year-old actress ditched her Nevermore Academy uniform for some designer duds as she made her debut on the 2023 Golden Globes red carpet, wearing a stunning Gucci dress that showed off her abs.

The flowy frock gave off a 1970s Stevie Nicks vibe with its billowing bell sleeves and pleated detail, finishing off with a dramatic train.

The piece criss-crossed at the bust, forming a sort of wrap top with metal ring details and highlighting her toned midsection.

Ortega — who wore her hair in a flipped out, teased style — accessorized with dazzling Tiffany & Co. jewelry, including three diamond chokers and a coordinating diamond bracelet along with multiple rings and sparkling earrings. 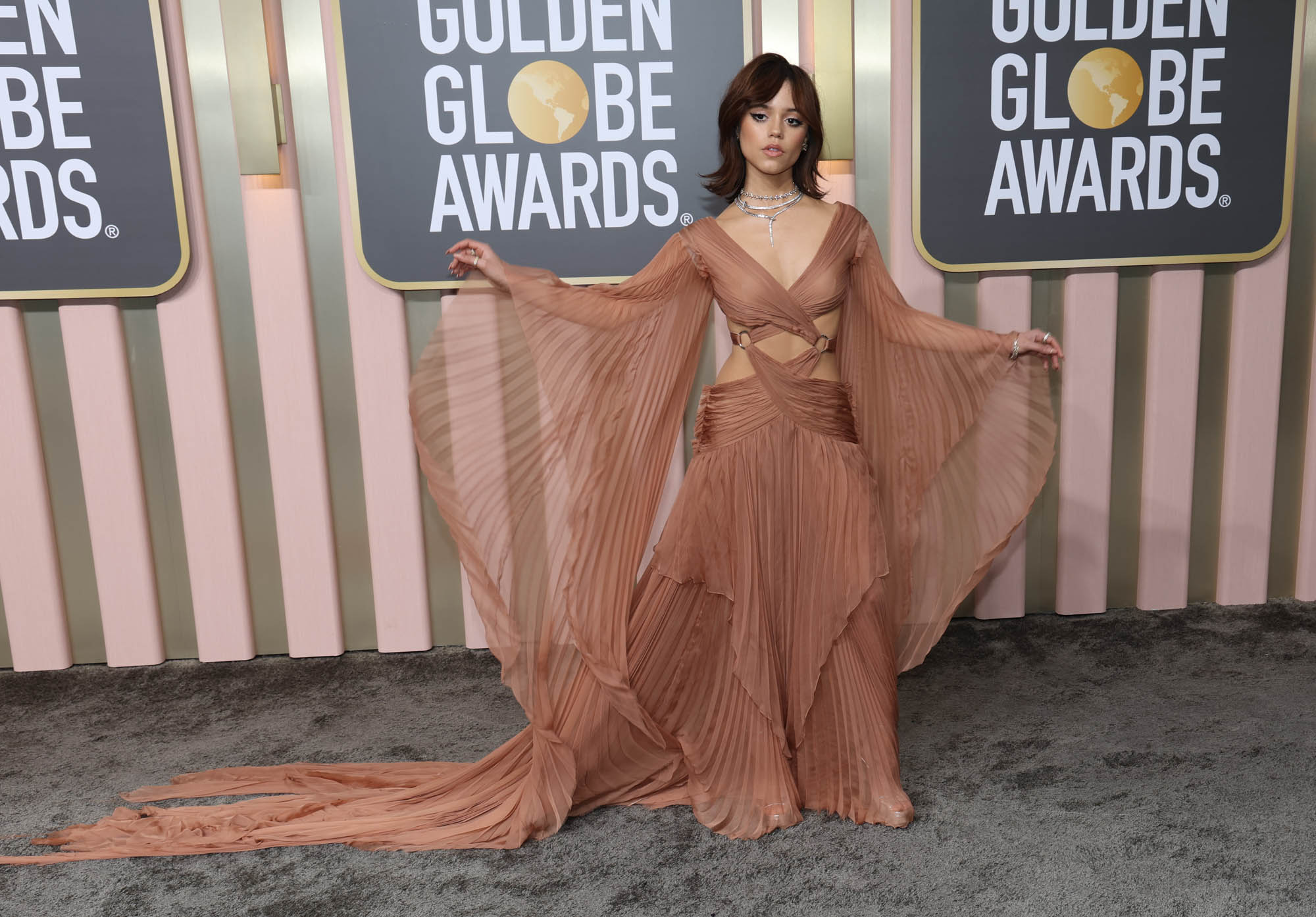 The “Scream” actress is nominated for a Golden Globe in the category of Best Television Actress — Musical or Comedy and if she takes home the award, will become the youngest person to ever win the category. 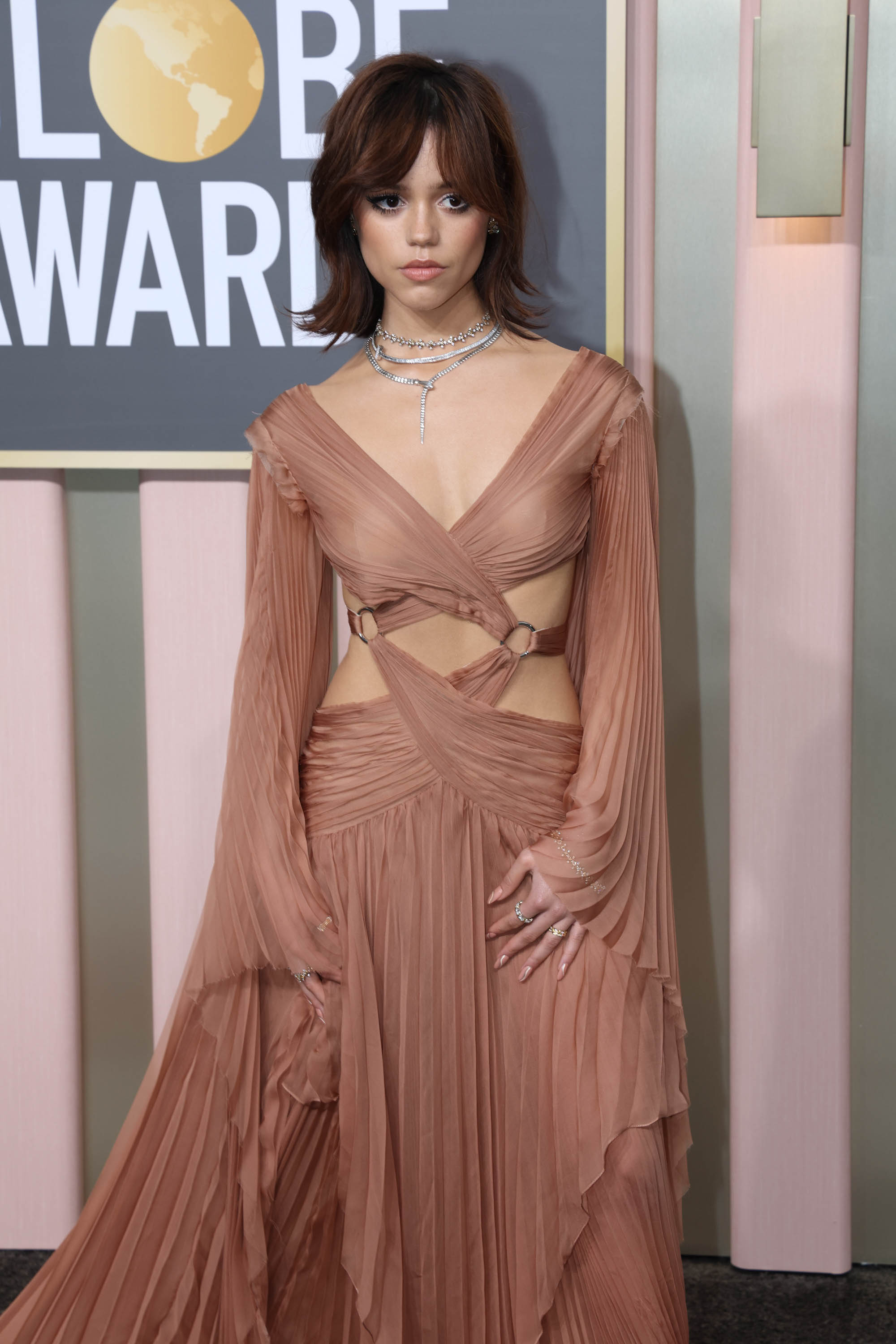 The “Addams Family” remake “Wednesday,” which features Ortega in the title role, is also nominated for a Best Television Series Globe tonight.

Late last year, the young star made a powerful speech when she received an award at the Critics Choice Association’s Celebration of Latino Cinema and Television. 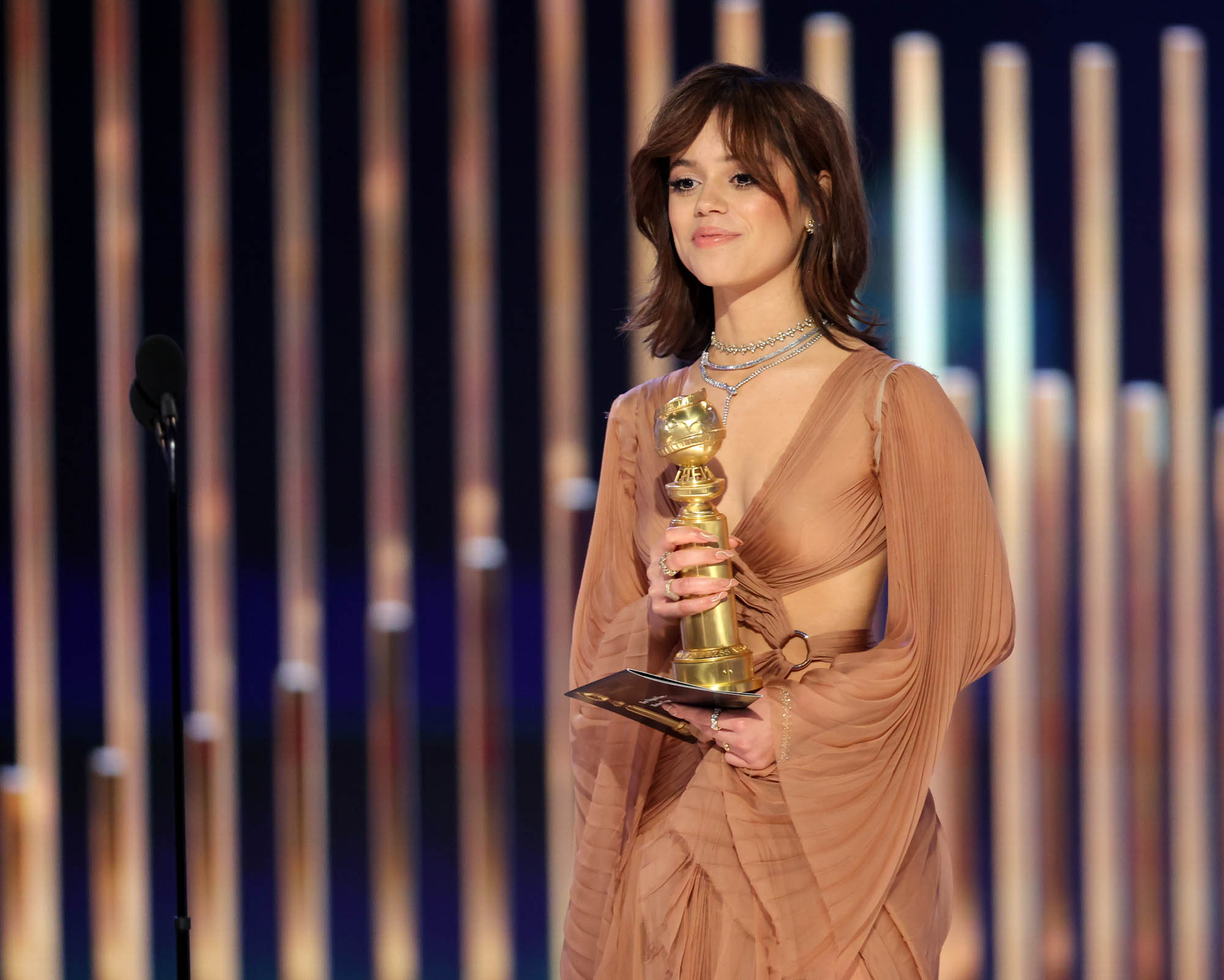 “I really hope that with my work I’m able to inspire other young Latinas, or Latinos even, and make sure to encourage them to pursue the arts and show them that there’s room for us, all of us,” she said after receiving the Rising Star Award for Television in November 2022.

After receiving a whopping 10 million new Instagram followers in just 10 days last month, this star is certainly on the rise — and we’re keeping a close watch for her next standout red carpet look. 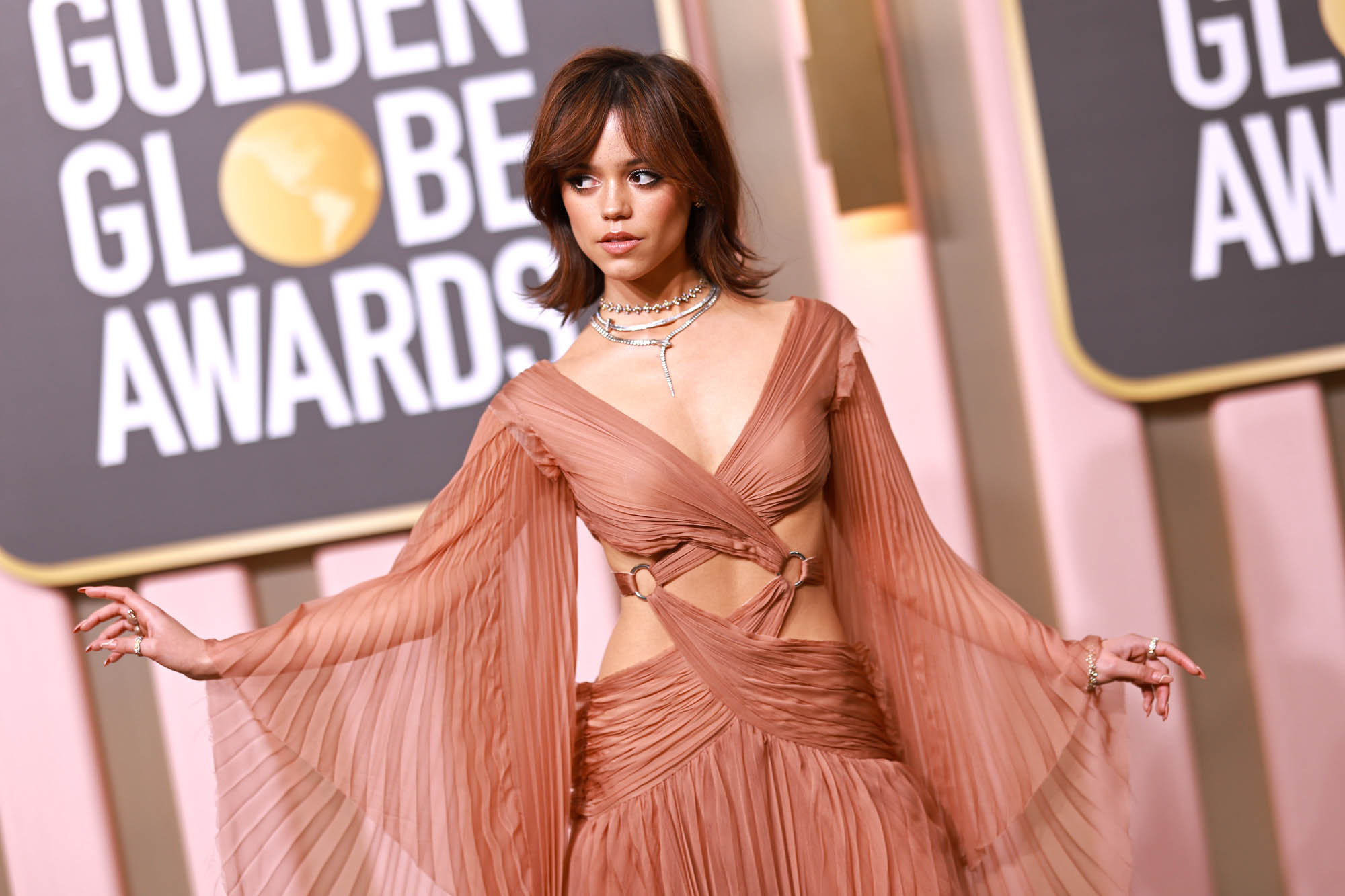