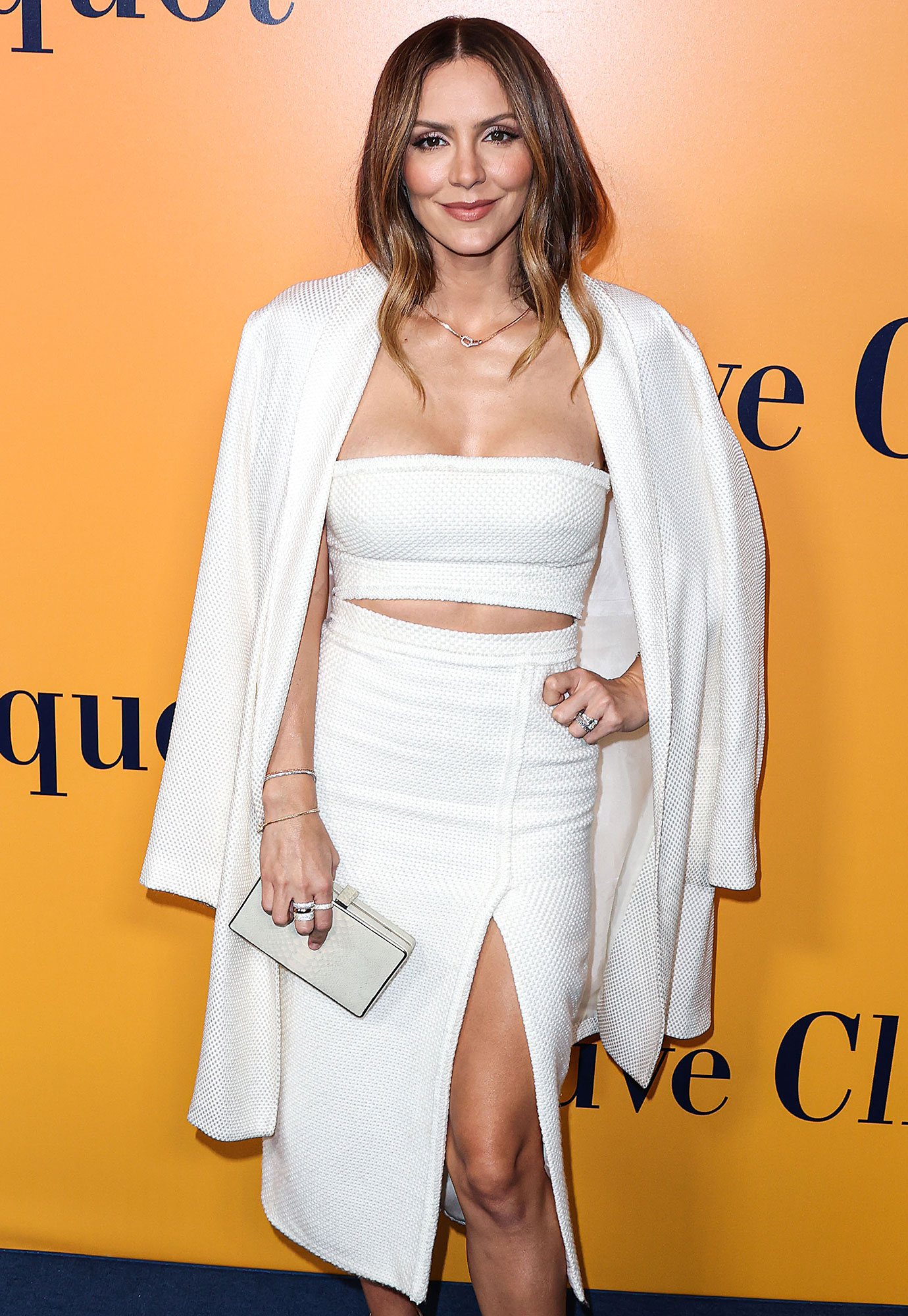 “Thanks @jordiedos for taking Rennie along while mom and dad were on stage. Have strong mom guilt!” the actress, 38, wrote via her Instagram Story on Monday, December 5, alongside a photo of husband David Foster‘s daughter Jordan Foster with her 22-month-old child.

In the social media upload, McPhee joked that Jordan, 36, “looks hot” while her baby “looks scared” and the Santa “looks drunk.”

After welcoming her baby boy, the Smash alum gushed about getting to watch him get older. “He’s still not crawling but has six teeth so that’s a pretty big [deal]. I mean, for a 7-month-old, it’s kind of a lot. It’s like a mouth full of teeth,” McPhee exclusively told Us Weekly in October 2021. 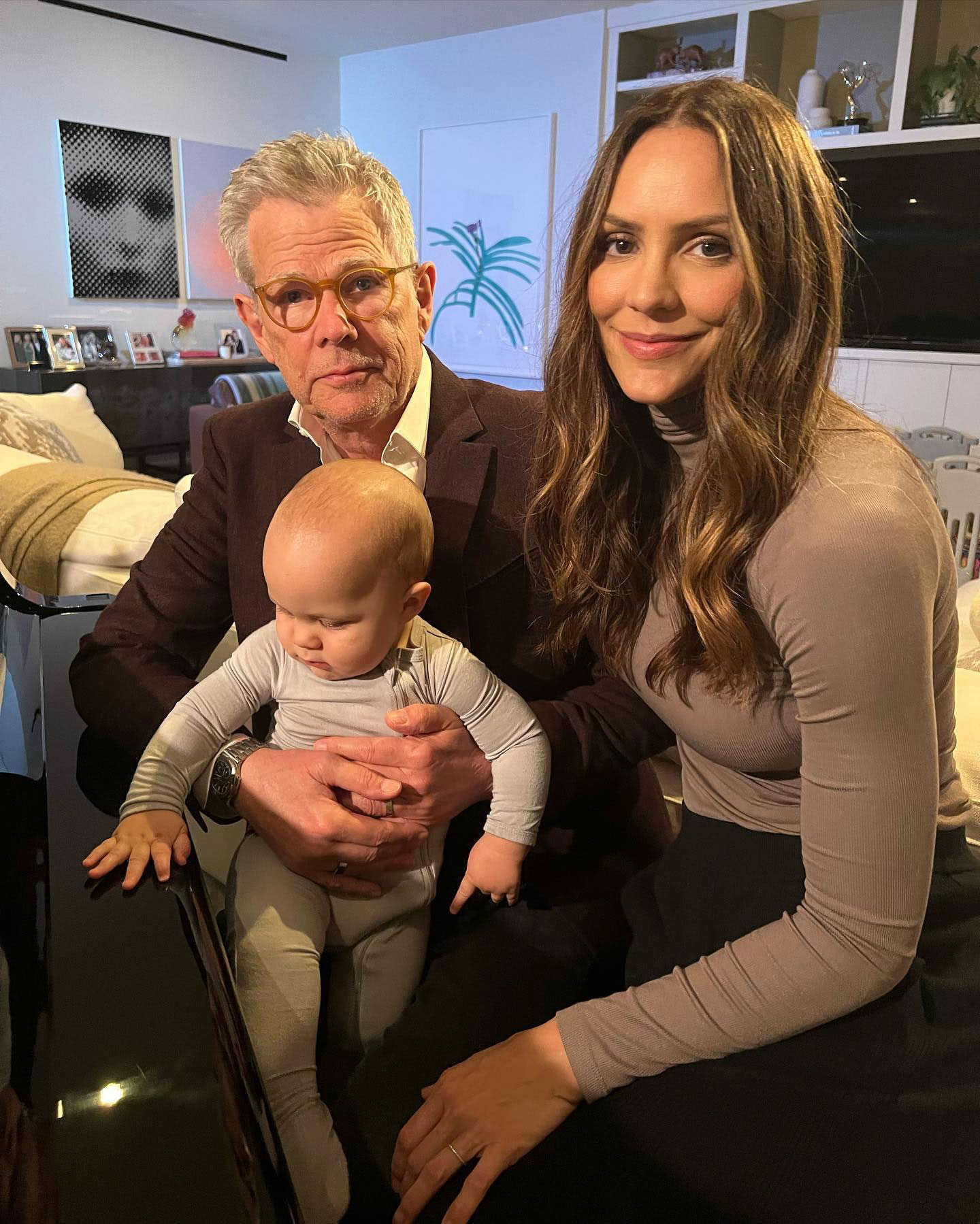 At the time, the Country Comfort alum noted how “smiley and happy” Rennie has become as he picks up on traits from his parents. “Right now, I feel like he’s a really good combination of the both of us,” she continued. “A lot of people say he looks just like his dad — I see it a lot, but a good combination I would say.”

Katharine McPhee and David Foster: A Timeline of Their Relationship

For McPhee, her quality time with Rennie has been a major highlight of motherhood. “I’m looking forward to the standing, walking stage. Parents are, like, ‘Oh you don’t want him to walk for as long as possible,’ but you know, it will just be a fun kind of transition,” the singer said. “He hasn’t started crawling yet, but I really enjoyed watching him learn how to sit up. That was really fun. That was a really exciting milestone.” 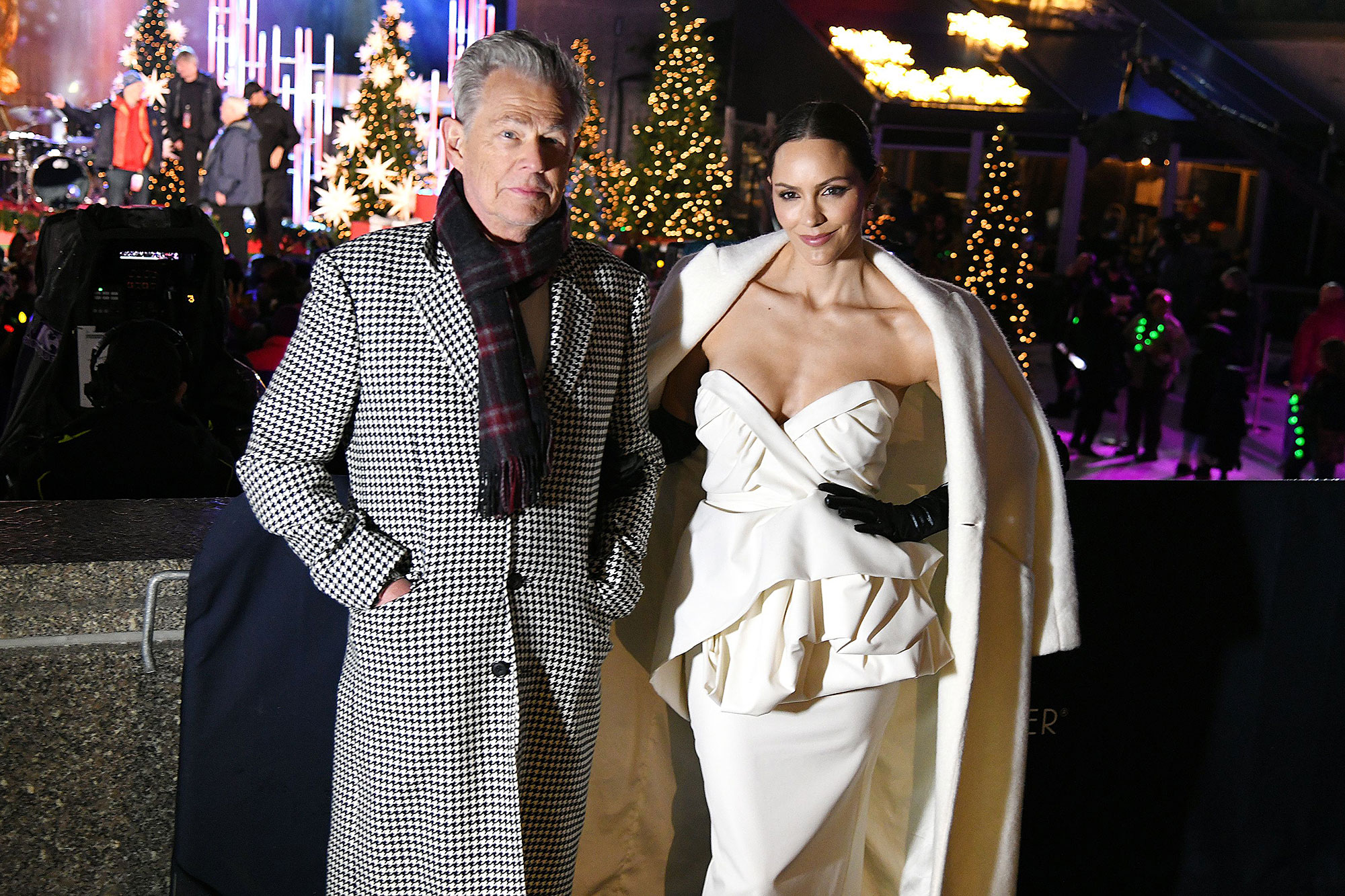 Meanwhile, David praised his wife for her “fantastic” parenting with their little one. “[She’s] an amazing mother,” he told Entertainment Tonight in April. “We are having the best time.”

During the joint interview, the American Idol alum reflected on the challenges that come with raising a toddler. “It’s just great being a mom. I love it. I mean, last night was a little rough,” she explained. “He was up and when you’re traveling with a kid, you have your moments where you get over-tired and frustrated, but it’s just so precious because it’s a moment in time that is not going to last forever. So in my perspective, I just cherish.”