“Ye, I love you,” the Good American co-founder began. “I don’t want to do this on social media but YOU keep bringing it here.

“You are the father of my nieces and nephews and I’m trying to be respectful but please STOP tearing Kimberly down and using our family when you want to deflect,” she continued.

Khloé, 38, also slammed the rapper, 45, for bringing up the “birthday narrative … again” after he reiterated his previous claim that he was not invited to his daughter Chicago’s January party.

“Enough already,” the reality star wrote. “We all know the truth and in my opinion, everyone’s tired of it.” 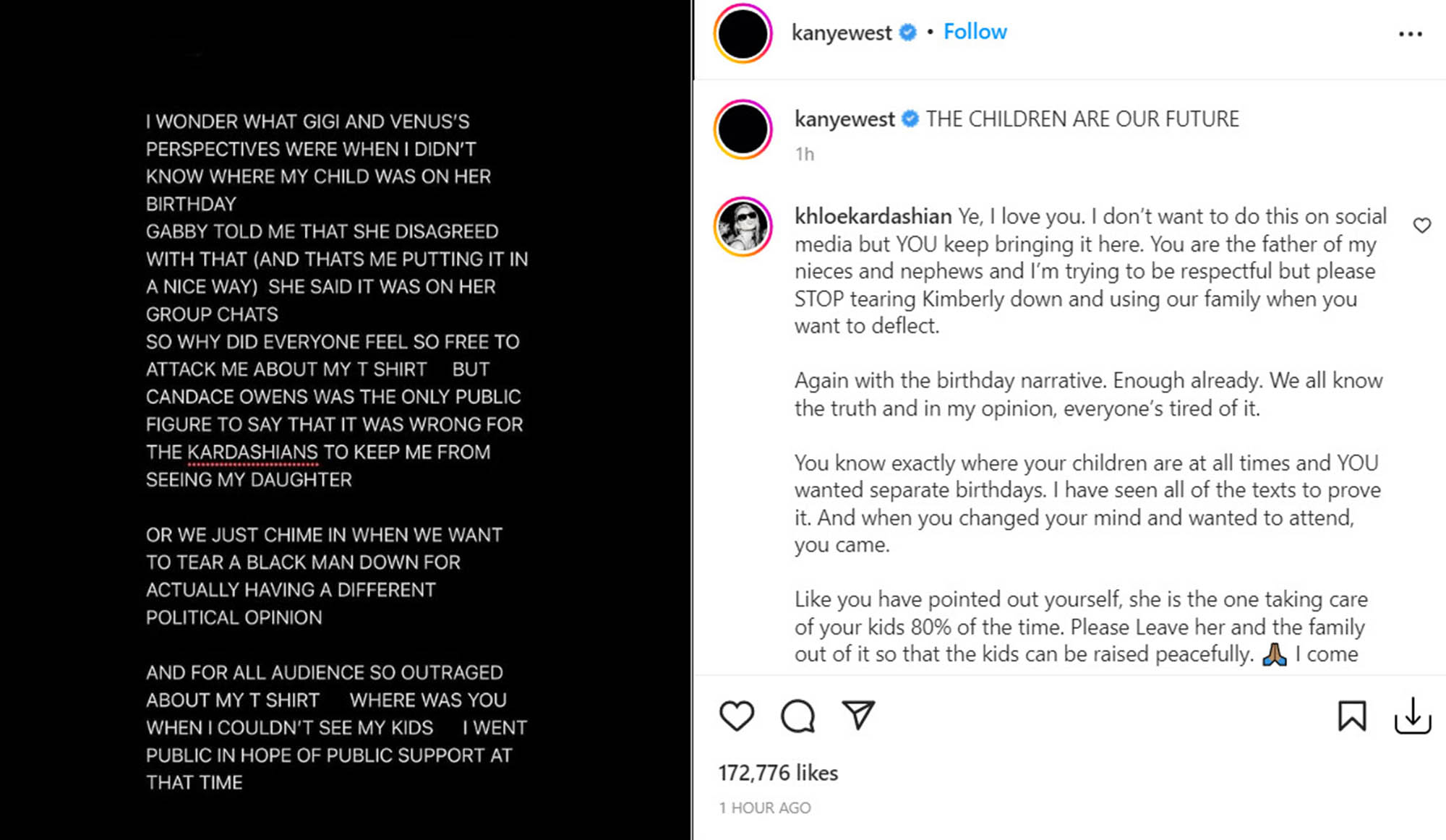 She added, “YOU wanted separate birthdays. I have seen all of the texts to prove it. And when you changed your mind and wanted to attend, you came.”

The “Kardashians” star went on to write that Kim, 41, takes care of the little ones “80 percent of the time,” which the Grammy winner himself previously admitted in a podcast interview. 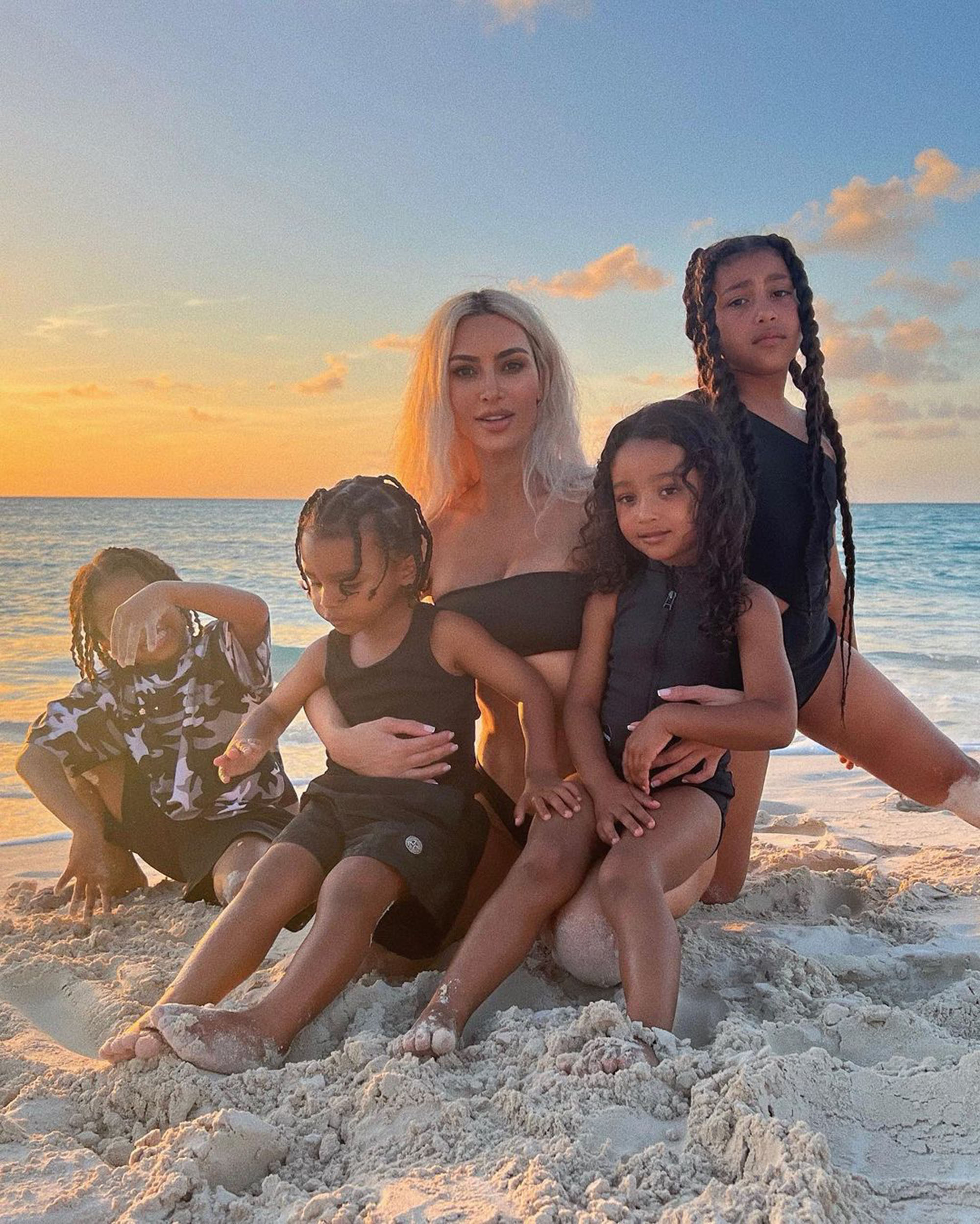 She then offered to “continue this conversation privately” if West wants.

“Please Leave her and the family out of it so that the kids can be raised peacefully,” the former “Revenge Body” host concluded. “I come from a place of love.”

Khloé’s comment was in reaction to the Yeezy founder’s social media upload clapping back at Gigi Hadid and other stars who have slammed his criticism of Vogue editor Gabriella Karefa-Johnson after his Paris Fashion Week show featured White Lives Matter shirts. 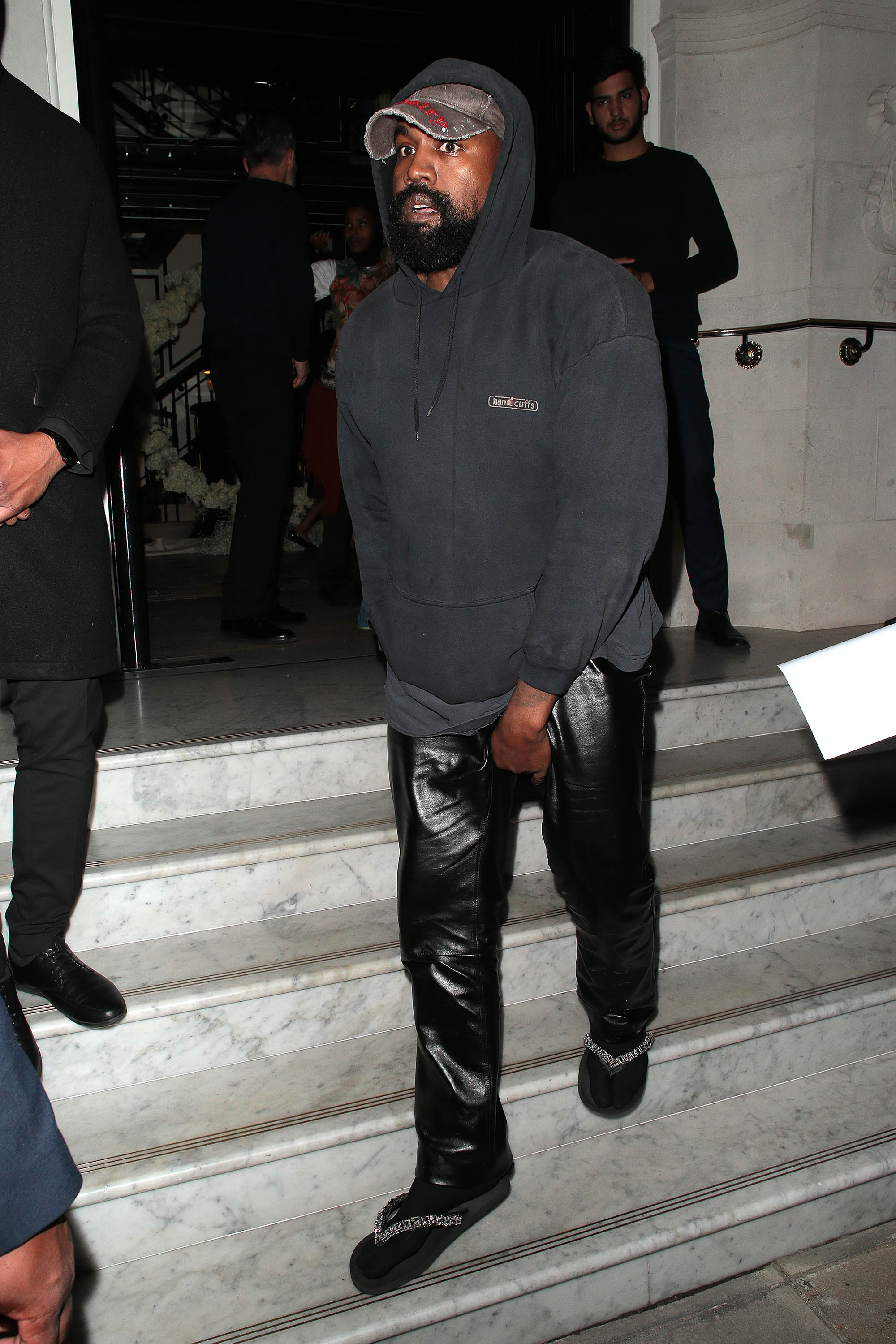 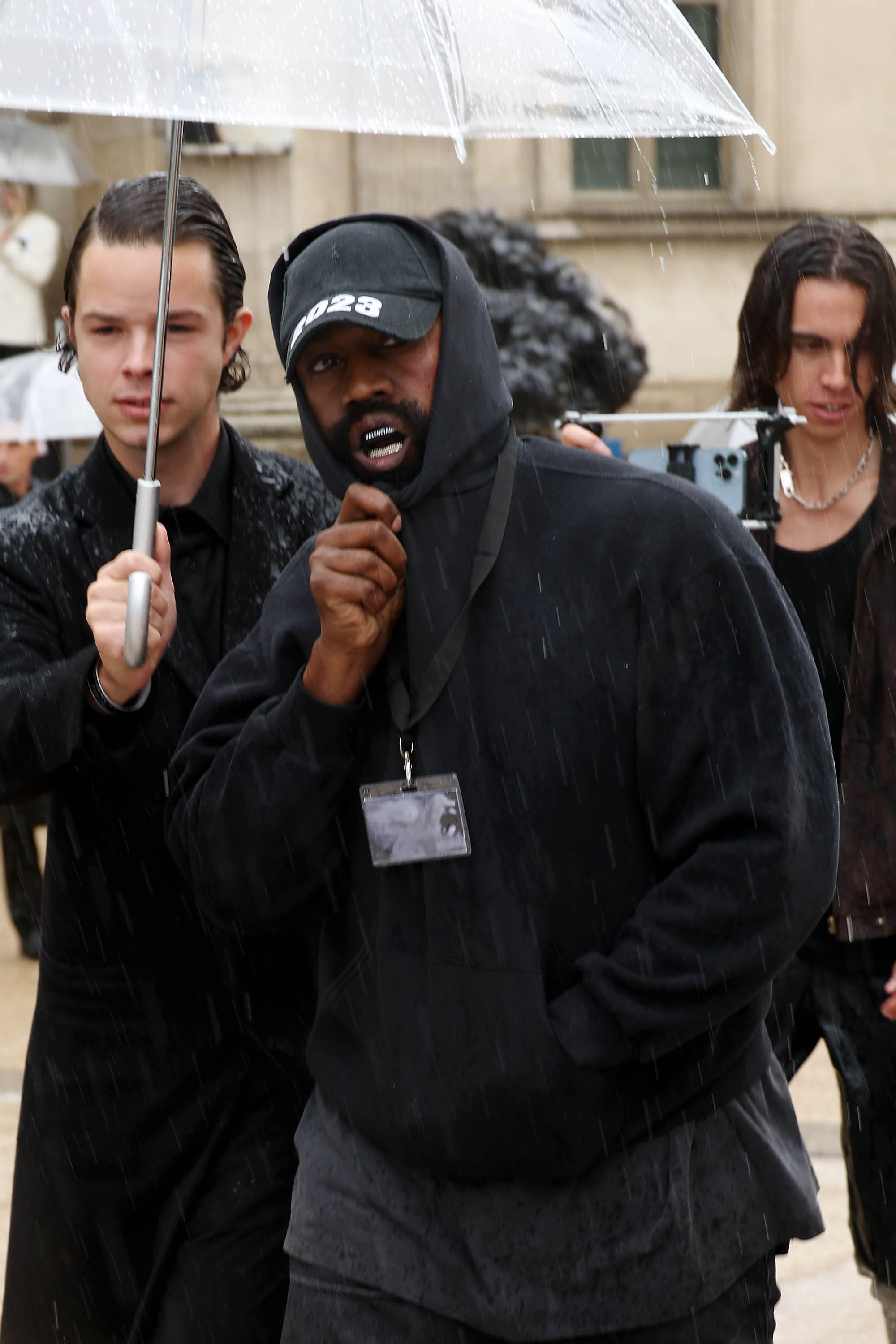 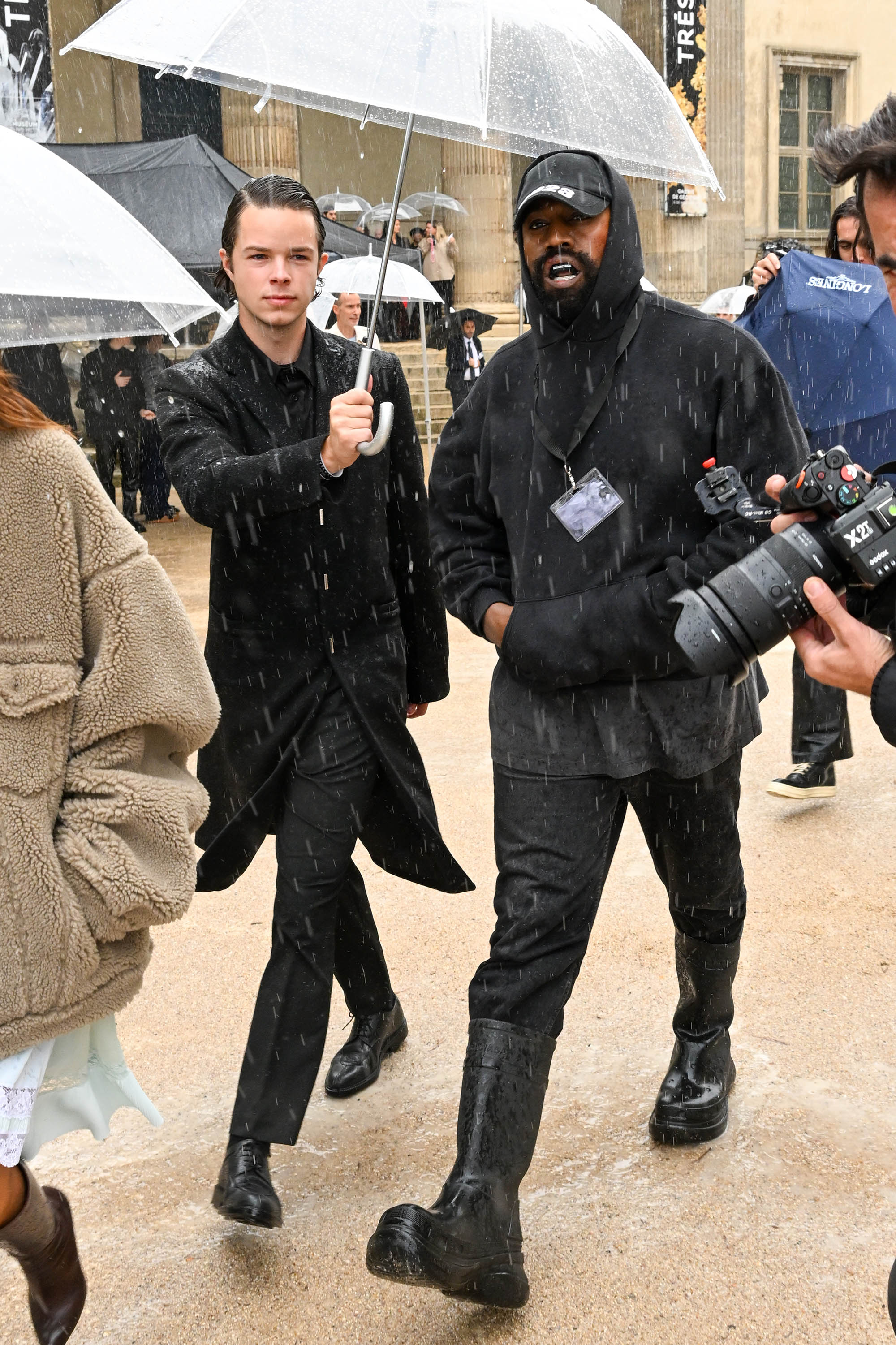