How far should free speech go? Elon Musk’s takeover of Twitter has appalled champions of cancel culture. But he has undermined his libertarian cause by tweeting a baseless slur about a top US politician’s husband – raising a profound philosophical question

This was news to make any freedom-lover’s heart soar. ‘The bird is freed’ announced Elon Musk, after the world’s richest man completed his £38 billion takeover of Twitter last week.

As a lifelong advocate of unfettered free speech, I could not have been more pleased to see the social media platform bought by the irrepressible Tesla billionaire.

Musk is a self-declared ‘free-speech absolutist’, who has stated that his acquisition of the company stemmed from a desire to restore free speech to Twitter.

He is determined to put an end to the way the platform uses ‘content moderation’ tools to promote a progressive liberal agenda and censor views which do not coincide with its woke philosophy.

If you’re not so sure, just look at the horrified reaction of the Left’s culture warriors to the takeover. 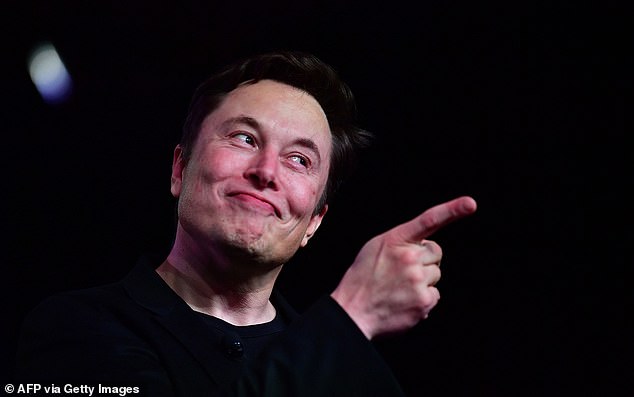 This was news to make any freedom-lover’s heart soar. ‘The bird is freed’ announced Elon Musk, after the world’s richest man completed his £38 billion takeover of Twitter last week

When it was first mooted in April, the senior Democrat U.S. senator Elizabeth Warren warned it was ‘dangerous for democracy’.

The response of the EU Commission to Musk’s takeover — ‘In Europe, the bird will fly according to our rules’ — confirmed that the struggle against politically correct censorship is not confined to Silicon Valley.

Mayor of London Sadiq Khan warned when the deal was first mooted that ‘free speech cannot mean a free pass for hatred’.

The truth is that Leftist elites have long viewed Twitter — along with the other California-based Big Tech platforms Facebook and YouTube — as their home battleground in a crusade to control what the rest of us are permitted to say, hear — or think.

Anyone who dared to step outside the narrow-minded group-think of the Twitterati could be banned from the influential social platform.

On one side, Twitter cancelled feminists for offending the trans lobby by insisting on the fact that biological sex is real.

On the other, it banned former U.S. President Donald Trump after he was accused of inciting the January 6 Capitol riot. (Trump was actually still in the White House when he was kicked off Twitter, and had won the votes of 74 million Americans in the 2020 presidential elections.) 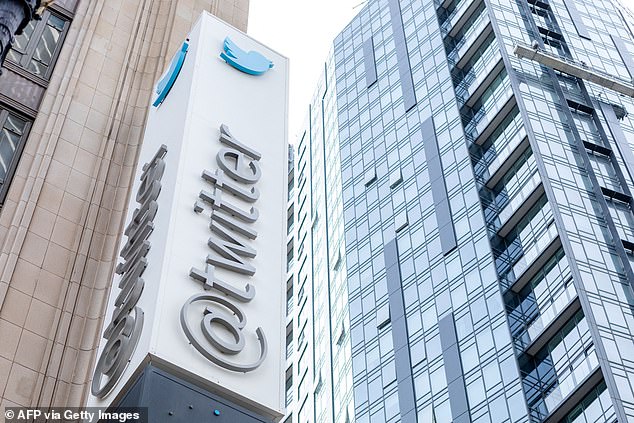 Musk is a self-declared ‘free-speech absolutist’, who has stated that his acquisition of the company stemmed from a desire to restore free speech to Twitter

Now, in the name of free speech, that is likely to change. As I say, I have been cock-a-hoop about Musk’s takeover.

But then, almost as soon as he had bought Twitter, he went and did something incredibly stupid for someone with such a brilliant mind: a tweet that did himself and his free-speech cause damage — and gave his Left-wing critics ammunition to claim that they were right after all.

This weekend, he retweeted wholly unfounded allegations that the man who attacked with a hammer the 82-year-old husband of leading Democratic Party politician Nancy Pelosi, was a gay prostitute picked up by Paul Pelosi in a bar.

In a move as predictable as it was erroneous, Hillary Clinton went straight to Twitter to blame the attack on Republican Party ‘mouthpieces’ spreading ‘hate and deranged conspiracy theories’, after learning the attacker allegedly had far-Right views.

Musk responded to Clinton by . . . well, seeming to endorse the conspiracy theory.

He tweeted: ‘There’s a tiny possibility there may be more to this story than meets the eye’ and shared a link to a dubious ‘news’ source that claimed, without evidence, that a drunken Paul Pelosi had picked up a male prostitute who later attacked him at home.

Was Musk right to send his tweet? In my view, freedom of speech means you should have the right to rant and tweet as you see fit.

It means the right to offend people within the limits of defamation law; just like everyone else protected under the U.S. First Amendment. You lose that legal protection, however, if you incite violence or ‘imminent lawless action’.

These things are never entirely clear-cut. But what is clear is that Musk’s tweet about Nancy Pelosi’s husband did Elon Musk himself absolutely no favours. It just gave fuel to his enemies. No matter that he deleted the tweet within hours. Nor that he has told Twitter advertisers that the platform ‘obviously cannot become a free-for-all hellscape where anything can be said with no consequences!’. 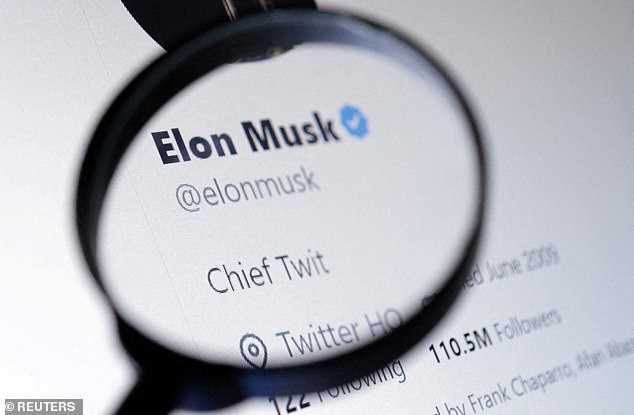 Given the hysteria over his plans, you might think his attempt to open up Twitter was the modern version of opening Pandora’s box, letting loose Trumpism, fascism and countless evil plagues upon the world

The damage has been done. The Left is again in full cry about how ill-suited he is to run Twitter.

Robert Reich, a former member of Democrat President Bill Clinton’s cabinet, declared that the tweet proved the ‘loony’ Musk is unfit to run ‘one of the most influential media outlets in the world’.

Reich concluded that Musk ‘must relinquish Twitter. If he does not, the rest of us should jump off his stinking ship’.

The battle over Twitter has thus become another front in the Republican v Democrat culture war, on the eve of the crucial U.S. mid-term elections. Musk, of course, has form in making inappropriate and offensive comments.

You may remember how, in 2018, he launched an extraordinary and completely unfounded attack on a British diver who was working to help rescue 12 boys trapped in a flooded cave in Thailand, baselessly calling him a ‘pedo’ on Twitter.

The tech billionaire had offered to assist the rescue mission by providing a mini-submarine — but his offer was turned down.

So Musk lashed out, saying he would make a video proving that his ‘mini-sub’ would have been successful and adding: ‘Sorry pedo guy, you really did ask for it.’

It is as if he keeps playing up to the Left’s caricature of him as some sort of deranged loose cannon who cannot be trusted. Musk should, of course, have the right to say exactly what he wants, within the limits of the law. Sometimes, though, it would be wiser of him just to keep his thoughts to himself.

There’s nothing more frustrating than seeing him hand ammunition to the opposition by himself acting like a bit of a troll on Twitter.

He is one of the outstanding achievers of our times; the greatest entrepreneur of our age; a brilliant engineer and buccaneering capitalist who has made billions by applying his mind to cutting-edge futuristic problems, from driverless cars to re-usable space rockets.

So why does he seem to find it hard to tweet 280 characters without appearing foolish? Perhaps it is an unavoidable part of his genius.

Whatever the case, with his brash libertarian politics, his vast wealth and his disregard for the rules, Musk is fast becoming the Left’s favourite hate figure.

Given the hysteria over his plans, you might think his attempt to open up Twitter was the modern version of opening Pandora’s box, letting loose Trumpism, fascism and countless evil plagues upon the world.

Twitter under Musk, screech the cancel culture warriors, would inevitably be ‘a soap box for hate speech’, or, worse, ‘a cesspool of hate speech and disinformation’.

For ‘hate speech’, read opinions that they find offensive. For ‘misinformation’, read statements that they and their Big Tech ‘fact checkers’ don’t want us to hear and judge for ourselves.

One venerable Left-wing U.S. publication even suggests that if Musk’s new regime does allow Trump and other non-conformist voices back on to Twitter, that means ‘the fascists will take over’.

For these illiberal liberals, it seems that more free speech literally equals fascism.

Given that these people are always banging on about being on ‘the right side of history’, they seem remarkably ignorant about the history of fascism, which generally involved burning books and locking up dissidents rather than championing free speech and encouraging open debates.

Musk has explained quite succinctly what he wants of Twitter. He says it is ‘important to the future of civilisation to have a common digital town square, where a wide range of beliefs can be debated in a healthy manner, without resorting to violence’.

Twitter as a digital town square, where people from all points of view are free to express their opinions, disagree and debate?

That sounds like an updated restatement of an age-old liberal faith in freedom of expression. We should all applaud it wholeheartedly — for it is the very opposite of what wokery stands for.

‘At its heart, wokeness is divisive and hateful,’ says Musk.

‘It gives mean people a shield to be mean and cruel, armoured in false virtue.’

Yet however much we want him to free the bird of Twitter from its woke cage, Musk should recognise he is not doing himself — or the cause — any favours with impetuous tweets that allow the contemptible enemies of free speech to pose on the moral high ground.

n Mick Hume is the author of Trigger Warning: Is The Fear Of Being Offensive Killing Free Speech?