The federal government has spurned calls to reveal the minutes of national cabinet meetings by claiming the disclosure would damage relations between the Commonwealth and the states and undermine the public interest.

In a test of transparency for Prime Minister Anthony Albanese, the bid to find out more about his meetings with state premiers is likely to be appealed to a federal tribunal in the hope it will order the release of documents such as agendas and notes. 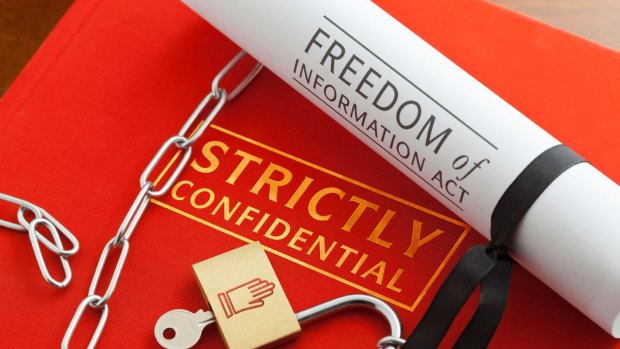 Albanese criticised the “secrecy” of former prime minister Scott Morrison during the last term of parliament and attacked the Coalition for claiming national cabinet documents had to be kept confidential because the peak group was a subcommittee of federal cabinet.

Former independent senator Rex Patrick is challenging the new government to set a higher standard for transparency by releasing some national cabinet documents under the Freedom of Information Act.

Patrick has told the government he intends to take the matter to the Administrative Appeals Tribunal to decide the law on his applications for the agenda and minutes from the national cabinet meeting Albanese convened in Canberra on 17 June.

The move continues a campaign he began during the pandemic when he sought similar documents from the Department of Prime Minister and Cabinet when Morrison was prime minister. Patrick left the upper house at June 30 after losing his position as a South Australian Senator at the election.

In the latest decision, the department rejected his applications by ruling the June 17 documents were “exempt in full” from the FOI Act because they recorded a confidential decision taken by members of national cabinet that had not been officially disclosed.

“Such disclosure would prejudice the department’s intergovernmental meeting processes by inhibiting the recording of decisions taken by the national cabinet in the future,” it said.

The department said the public interest was already served by the release of official statements after national cabinet meetings.

Patrick criticised Albanese for taking a similar approach to secrecy as Morrison and said he would cite the latest rejection in a challenge he has launched against similar rejections from the Morrison government over national cabinet documents.

“Australians who voted for Labor in the May elections thinking they would get a government keen on transparency now have cause to be disappointed,” he said.

“It seems ‘transparency’ is only a word you shout when you’re in opposition.”

Morrison blocked the release of national cabinet, including advice about the pandemic, by arguing it was a subcommittee of federal cabinet, a move criticised by Labor, the Greens and independent MPs.

“He and his government are characterised by secrecy, by non-disclosure. And we saw that with the decision of the Administrative Appeals Tribunal to overturn the issue regarding the national cabinet meetings and whether they should be disclosed.”

Albanese questioned the role of national cabinet before the election but kept the structure at his first meeting with premiers and chief ministers on June 17.

Asked at a press conference that day if he had suggested ending national cabinet secrecy at the meeting, he said: “No.” Asked what changed in his views on the matter, he said: “You got to ask one question.”

Patrick is seeking more transparency on multiple fronts with a court case in the Federal Court to try to speed up decisions on FOI requests dating back years, while also asking the Australian Information Commissioner to refer matters quickly to the Administrative Appeals Tribunal.

The new government does not appear to argue in its FOI decisions that national cabinet is a subcommittee of federal cabinet but uses other grounds to claim the same degree of secrecy over its deliberations.