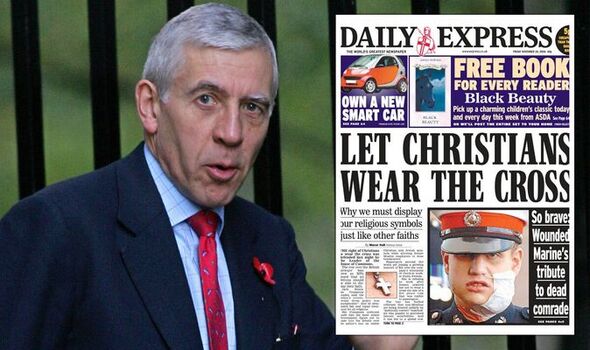 The row over a British Airways’ ban grew as MPs heard all Britons should be able to display their faith. Straw argued that the airline’s dress policy was “inexplicable” as he demanded equal treatment for all religions.

59 years ago (1963) The suspect accused of assassinating President Kennedy, Lee Harvey Oswald, was himself fatally shot by nightclub owner Jack Ruby as he was being transferred from Dallas police headquarters to the county jail.

Ruby was convicted of his murder in March 1964.

48 years ago (1974) A group led by American palaeontologist Donald Johanson discovered the 40 percent complete female skeleton of one of the earliest known human ancestors in Hadar, Ethiopia.

Nicknamed Lucy, after the classic Beatles song Lucy In The Sky With Diamonds, she was around 3.2 million years old and 3.5 feet tall.