Pregnant Chrissy Teigen is ready to have a “huge” baby bump.

The “Cravings” cookbook author, 36, showed her progress in a mirror selfie via Instagram Sunday, noting that the “in-between stage is [her] least favorite stage.”

Her Instagram followers shared similar feelings in the comments section.

“Right at the looks like I ate a big burrito stage exacerbated by a really short waist, but at same time so so thankful to be here!” one user wrote, adding that the model looked “fabulous.”

Another commented, “I am in this stage too wear I just look like I eat too much.” 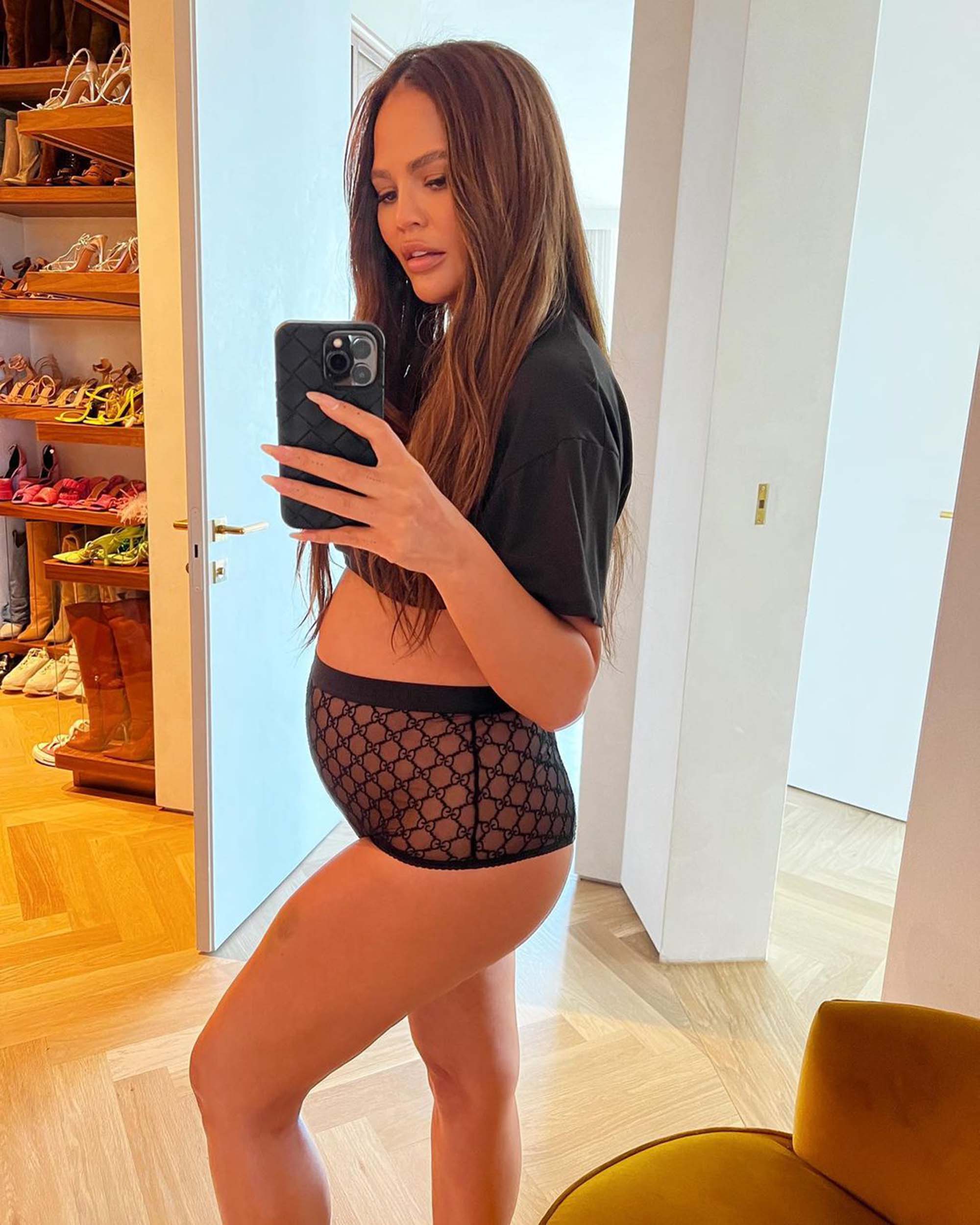 The selfie comes nearly two weeks after Teigen — who is already the mother of daughter Luna, 6, and son Miles, 4, with husband John Legend — debuted her baby bump in sheer Gucci underwear.

“The last few years have been a blur of emotions to say the least, but joy has filled our home and hearts again,” she wrote in an Aug. 3 post, referencing her September 2020 pregnancy loss of son Jack. 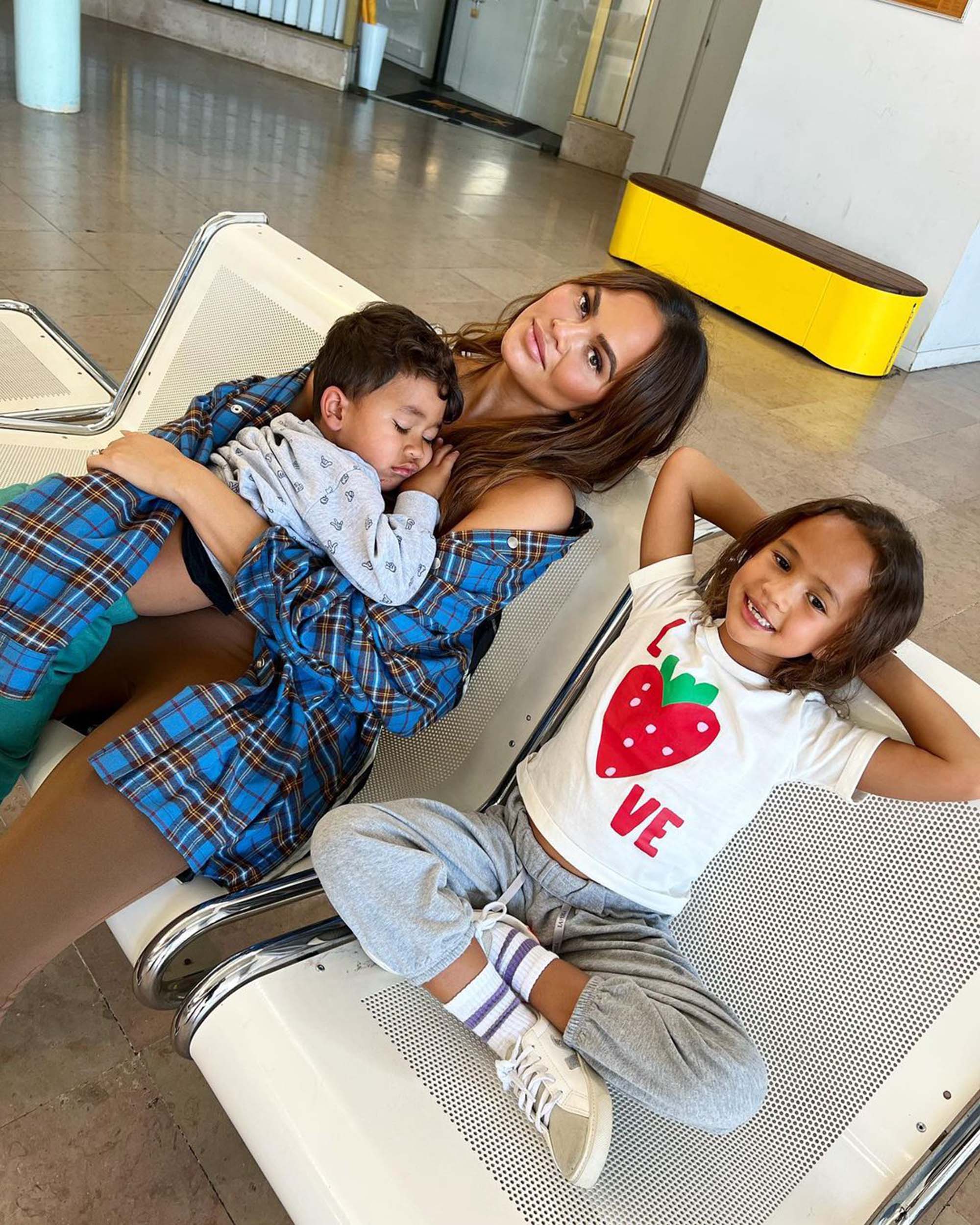 “One billion shots later (in the leg lately, as u can see!) we have another on the way,” Teigen continued. “Every appointment I’ve said to myself, ‘ok if it’s healthy today I’ll announce’ but then I breathe a sigh of relief to hear a heartbeat and decide I’m just too nervous still.

“I don’t think I’ll ever walk out of an appointment with more excitement than nerves but so far, everything is perfect and beautiful and I’m feeling hopeful and amazing. Ok phew it’s been very hard keeping this in for so long!” 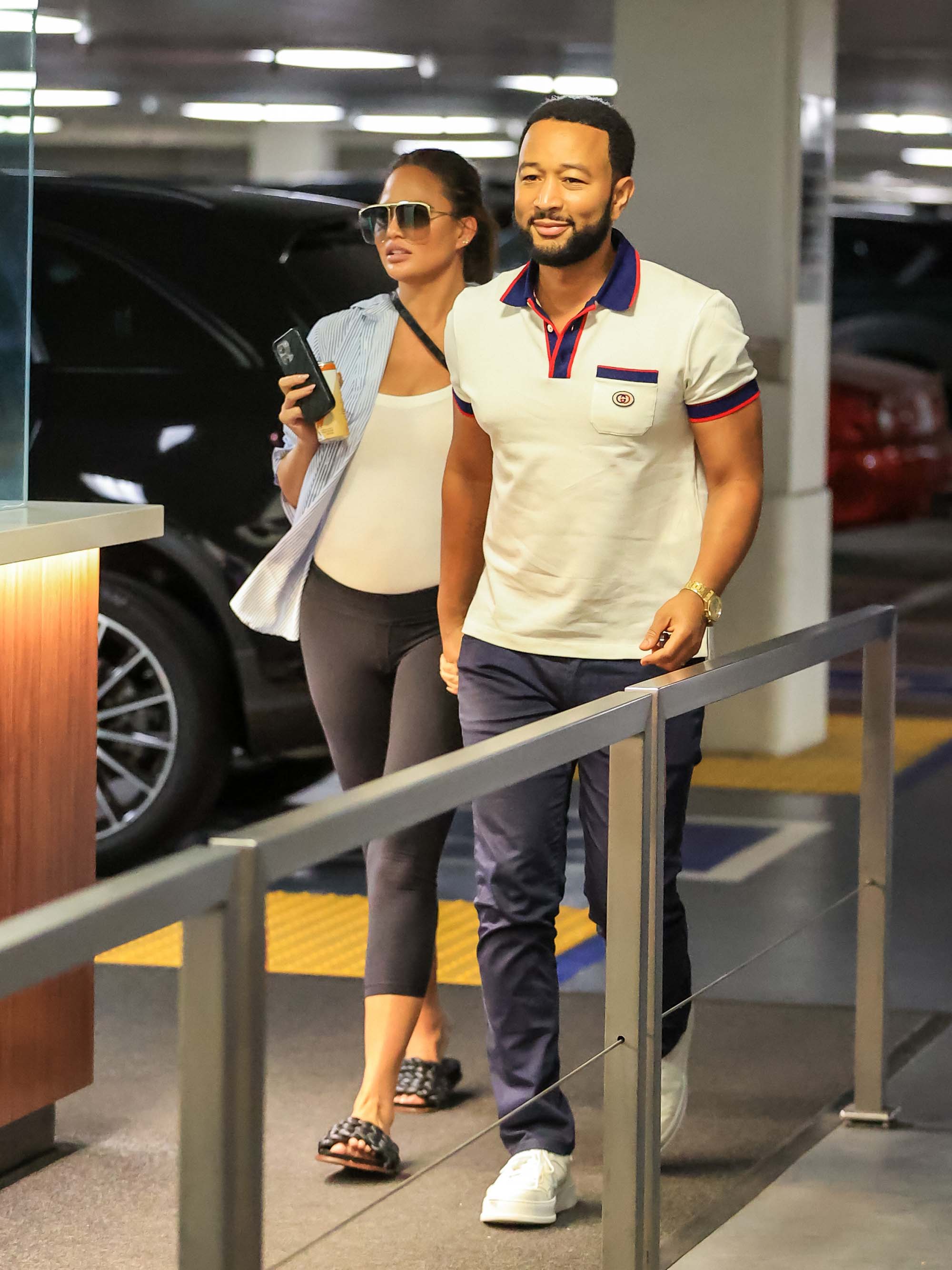 Since losing Jack, the pair have been vocal about their grief — as well as their IVF journey.

“I wanted to let you guys know I’m balls deep in another IVF cycle to save as many eggos as I possibly can and hopefully make some strong, healthy embryos,” Teigen told her Instagram followers in February.

She called “bloating a bitch,” adding, “I humbly beg you to stop asking if I’m pregnant because while I know it’s said with excited, good intentions, it just kind of sucks to hear because I am the opposite of pregnant!”