Carole and Mike’s place in the royal family: How the Middletons have become a ‘core part’ of royal life for the Prince and Princess of Wales after attending both the Queen’s state funeral and committal service

Since Kate Middleton married into the Royal Family in 2011 and become a member of The Firm, she has remained incredibly close to her parents Carole, 67, and Mike, 73.

The parents-of-three, who live in Berkshire, attended the Queen’s state funeral at Westminster Abbey and committal service in St George’s Chapel in Windsor on Monday to pay their respects to Her late Majesty.

Over the years the Middletons have been invited to family events including the Christenings of their three grandchildren, Prince George, Princess Charlotte and Prince Louis. 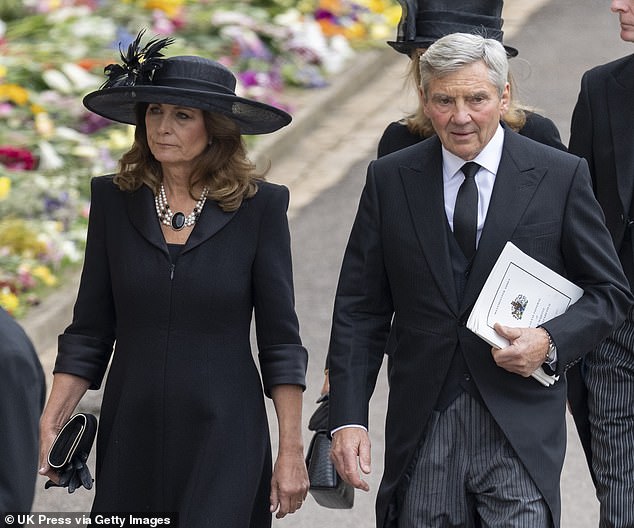 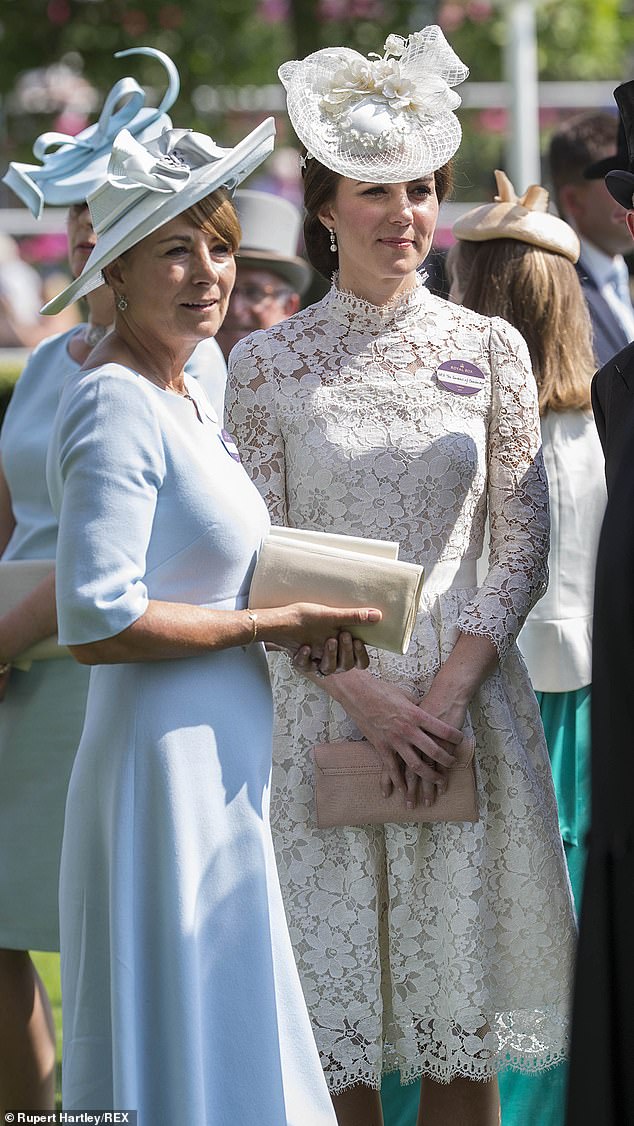 The Princess of Wales, 40, has always had a close relationship with her mother Carole, 67 (mother and daughter pictured at Royal Ascot, 2017)

It is not known how many times they met Her late Majesty, but the couple have cemented themselves in the family over the years with their attendance at both family and royal events.

In June the couple were spotted at the Party at the Palace for the Queen’s Platinum Jubilee celebrations after speculation over whether or not they would attend.

As the Royal Family put on a united front at state funeral to mourn the Queen, the Princess of Wales was a rock for her two eldest children, who were present at the services.

And as Prince William fulfilled his role as grandson of Her late Majesty, walking behind her coffin as part of the procession, Kate would have been grateful to have her parents nearby as a source of comfort should she and the children need them.

The Prince and Princess of Wales recently moved the family from Kensington Palace in London to Adelaide Cottage on the Windsor Estate, and they have just started a new term at Lambrook School in Berkshire. 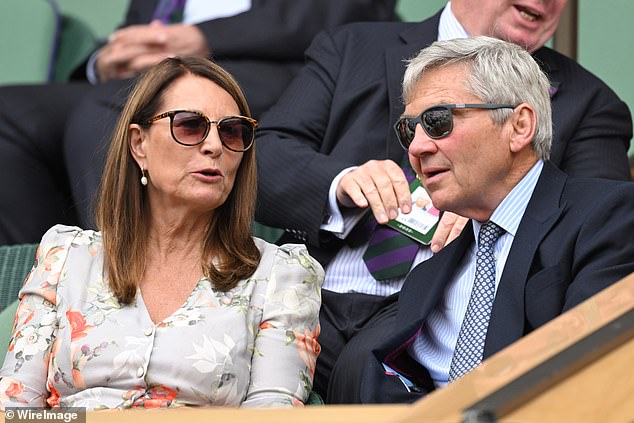 Carole and Mike Middleton, who live in Berkshire, are now much closer to their daughter Kate and grandchildren Prince George, Princess Charlotte and Prince Louis, who moved to Adelaide Cottage in Windsor this summer

Being in Windsor means the family is much closer to Carole and Mike, who play a key role in the lives of their grandchildren.

Last year, party store entrepreneur Carole gave a glimpse into her family Christmas with her daughter Kate and the grandchildren, describing the ‘very silly’ antics they get up to.

She took to Instagram to share a snap of two Scandinavian-style gnomes sold by her celebration company, Party Pieces.

Alongside the festive photograph, she penned: ‘I’m going to need a few of these cheeky chaps this December, to hide around the house and make my grandchildren laugh. As much as I love immaculate decorations, we can’t be too serious at Christmas!’

She added: ‘I love to make Christmas fun and exciting for my grandchildren which is what our Silly Santa edit is for!’

Carole has also hinted in the past that she does not spoil the children at Christmas, and prefers to give thoughtful gifts, arguing ‘the smallest presents can give the most enjoyment’.

The mother-of-three has also previously revealed how she keeps the grandchildren entertained by encouraging them to get involved in gardening.

She told Saga magazine last year: ‘If I’m doing planting with my grandchildren I like to have it all laid out at ‘activity stations’ with their own little trowel and pot so they can get started immediately.’

She added: ‘It’s important for children to grow up appreciating nature and part of that is allowing them to get a bit muddy.’

As a mother, Kate appears keen to keep her children in touch with her own upbringing, reflected in the Wales’s family holiday to Jordan last summer.

The Prince and Princess of Wales took Prince George, Princess Charlotte and Princess Louis on holiday to a place where Kate herself spent part of her childhood  when Mike, a former British Airways flight dispatcher, worked in Amman.

In a family portrait which was released as the Wales’s Christmas card last year, Kate, William and the children posed for a photo on their family holiday.