Scandal didn’t kill the Golden Globes, but it did kill the Hollywood Foreign Press Association

If the Academy Awards has problems following Will Smith’s infamous Chris Rock slap this year, they seem minor compared to the recent dramas over the Golden Globes.

Traditionally Hollywood’s second-ranked awards, this year the Globes ran as a scaled-down ceremony that was not even livestreamed, let alone broadcast, after damning revelations about the Hollywood Foreign Press Association (HFPA), which has been running the awards since the 1940s. 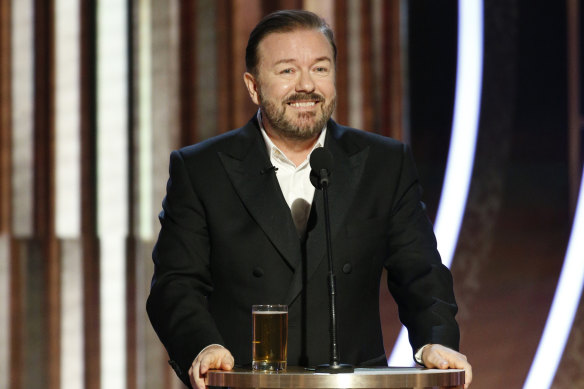 An investigation by The Los Angeles Times early last year was far from the first time there were questions about the ethics of an organisation that, until recently, represented less than 100 mostly low-profile entertainment journalists. In fact, there have been decades of scandals, lawsuits and brutal criticism of its membership.

The most infamous scandal was the widely derided Pia Zadora winning new star of the year after her wealthy husband flew association members to his Las Vegas casino before voting opened way back in the 1980s.

But throughout it all, the Globes remained a key lead-in to the Oscars: a looser, more informal and more fun awards show, where such hosts as Ricky Gervais, Tina Fey and Amy Poehler made jokes at the expense of fellow stars.

They worked for Hollywood – boosting the profile of films and TV shows, giving actors and producers trophies and delivering fees for companies running awards campaigns – so questions about the association members’ high-living, selfie-taking ways were never addressed. 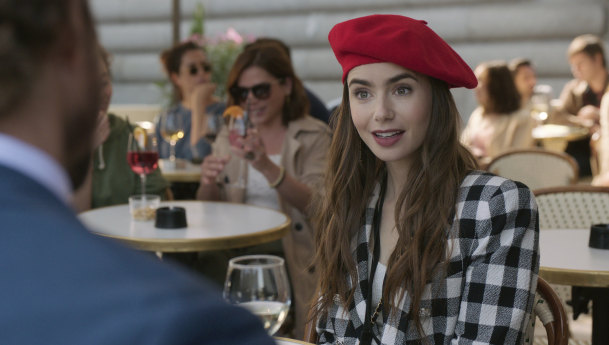 The subject of controversy when it received two Golden Globe nominations: Lily Collins in Emily In Paris.Credit:Netflix

That was no longer possible when the Times revealed the association’s questionable conduct, suspect financial practices and, at the same time that such acclaimed projects with black stars as Judas and the Black Messiah and I May Destroy You were overlooked, not a single member was black.

The Times said the non-profit association paid its members almost $US2 million ($3.1 million) in the previous financial year for serving on committees and other undemanding tasks, including almost $3500 to watch foreign films. While the $27.4 million paid by NBC to telecast the Globes partly went to philanthropic causes, one member told the Times that other members were milking the organisation for money.

Then there were the two dubious Globes nominations for Emily in Paris, including best musical or comedy television series, that followed Paramount Network treating more than 30 voters to a lavish set visit for the show in France which included two nights at a five-star hotel.

The outcry that followed the revelations included Tom Cruise returning his three Golden Globes, Time’s Up launching a campaign protesting the lack of black members, more than 100 PR firms signing an open letter saying the association could lose access to stars without reform, and boycotts by Netflix, Amazon and WarnerMedia.

After NBC decided not to broadcast the Globes, the association promised long-overdue reforms to improve accountability and increase diversity. They added new members, some of them black, banned members from accepting gifts, appointed a chief diversity officer and created a credentials committee to re-accredit current members.

While NBC is televising the Globes again on a one-year deal, there is still a power struggle going on in Hollywood over whether the reforms are enough.

Craig Greiwe, who has worked in Hollywood marketing for decades, has written that the association now has “more rules, more watchdogs, more guidelines and more ethical separations than any other voting organisation in Hollywood” and puts the boycott down to “a few select leaders of PR agencies, mostly white and mostly female, [who] decided to take on the Globes in a power grab”.

HFPA spokesman James Lee says it now has 200 voters and the Globes “will now be the only major award in Hollywood that will be voted on by a majority of women and ethnic minority voters”.

But according to The Hollywood Reporter, many in Hollywood still regard the association as ethically shady, noting that a quarter of its members voted against the changes and none were weeded out by what were promoted as stricter accreditation standards.

That reputation was not helped by news that sports and entertainment mogul Todd Boehly’s investment firm Eldridge Industries was acquiring the association, converting it to a for-profit entity – charitable activities would continue under a not-for-profit arm – and members would get an annual salary of $75,000.

That raised eyebrows: these journalists will get a guaranteed salary before they even sell a single story?

More than 100 new non-member journalists can vote on the Globes, to increase diversity, but they will not be paid.

Lee says the HFPA will cease to exist soon when a new corporate entity takes over and its members will become full-time employees who might not even write stories any more. “Like any for-profit private start-up, there’s going to be a whole bunch of different jobs that have to be fulfilled,” he says. “It’s not just writing. It might be a whole host of other things.”

So should the Globes return to business as usual?

It’s wise to stay sceptical given the same members are still voting, even if they are now outnumbered by a new pool of more diverse journalists. And the dodgy behaviour revealed by the LA Times is hard to forget.

While far from a universal view, many in Hollywood believe they need the Globes because of all the post-pandemic challenges.

“The Screen Actors Guild Awards aren’t even on television any more, the Independent Spirit Awards got dropped by their broadcaster, the Emmys just drew an all-time low of 5.9 million viewers,” Lee says. “So if Hollywood is looking to market its product, especially to an international audience, the Oscars and the Globes are it. There’s nothing else.”