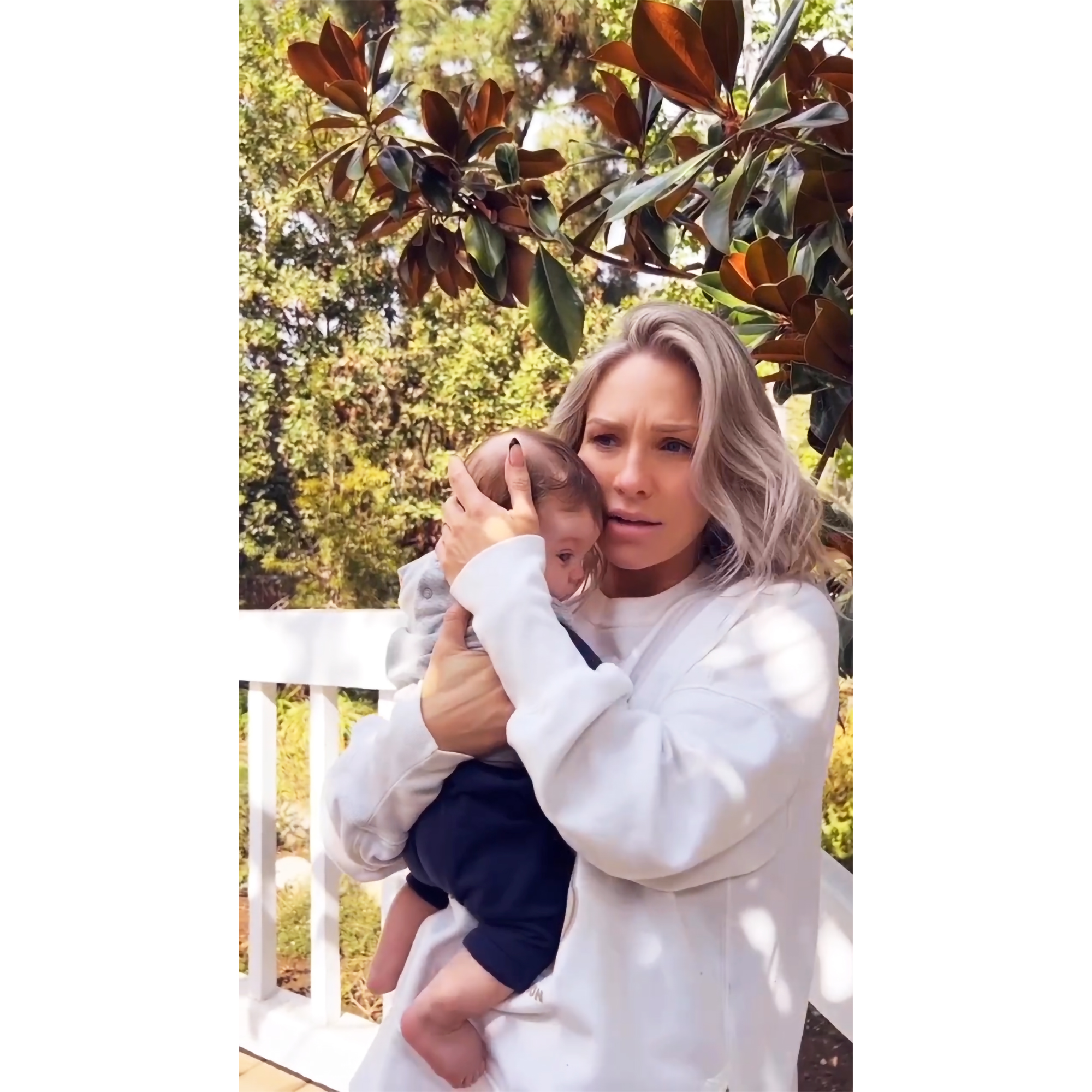 Constant worry. Sharna Burgess discovered that becoming a mom has her brain frequently thinking of all the terrible things that could happen to her 5-month-old son Zane.

“Intrusive mom thoughts … This is a real thing,” the Dancing With the Stars pro, 37, shared via Instagram on Friday, December 9. “Honestly I thought it was something wrong with my brain at first. These super dark thoughts of all the things that could go wrong. All the ways I or life could accidentally hurt my baby. Falling down stairs holding him, sickness, a car accident … the list is long but I won’t share it. If you know you know.”

Burgess said that she’s finally “learned to tame” the dark thoughts —* but more importantly, she realized: “I am not alone.”

While Green has long been a parent, this is unexplored territory for Burgess. The new mom went on to discuss how so many people rave about being filled with happiness after welcoming kids, but no one mentioned how her brain would speculate about everything that could go wrong.

“That new responsibility is filled with so much love, wonder and awe but nobody warns you about the equal amount of fear that now lives within you,” she added. “It’s the most excruciating love you’ve ever felt and its overwhelming, at least for me it was. But now I have tools that I wanna share with all my mamas that may need it like I did/do.”

The dancer’s top tips for intrusive thoughts are breathing exercises with a mantra and a visualization technique.

Her first tip is for moms to take “deep cleansing breaths taking in as much air as you can and hold as you say ‘I release all thoughts that do not serve me’ then control that breathe out imagining those words and the feeling they bring leaving you.” She repeats the process until the thoughts are gone.

Burgess continued, “When I need a quicker fix I physically swipe my hand in front of my eyes and say ‘no’ and imagine that image being destroyed and gone. I shake it off and call in a memory that I can’t wait to make with Zane. All of the firsts that he has coming.”

Her most important tip for new moms, however, was even simpler: “You’re doing great mama, remember that.”