Should the ABC have stuck with Gardening Australia? How TV covered the Queen’s death

When the Queen’s death was announced early Friday morning, Australian TV networks initiated action plans that had been in place for years.

Presenters came in early, black outfits in tow. Obituary packages were prepped. And the ABC even turfed the rest of the day’s programming in favour of rolling news coverage and a two-hour special hosted by Sarah Ferguson and David Speers that night. 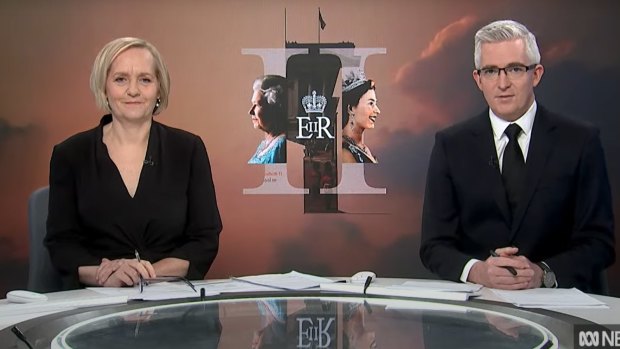 Sarah Ferguson and David Speers presented an ABC news special on the Queen, after her passing.Credit:ABC News/YouTube

This did not go down well with some fans of Gardening Australia, as the show was bumped from its usual 7.30pm slot. As one viewer wrote on Facebook, “Why is [the coverage] on ABC News and ABC main channel. It is a significant event but I will be going to streaming services as I have heard and seen enough already.”

So was it worth it? Were Australians eager to tune in to pay their respects and honour the monarch’s legacy? The answer is a bit mixed.

According to OzTAM metropolitan data (TV ratings taken from Australia’s five biggest cities), Seven News was the most popular program on free-to-air channels on Friday. It attracted 852,000 viewers – which is 52,000 more than the blockbuster AFL semi-final between Melbourne and Brisbane that same night, and 79,000 more than the show pulled in the Friday night prior.

Nine News was the second most popular current affairs show of the night, but its bump was less dramatic – recording 736,000 viewers, just 17,000 more than the Friday bulletin in the previous week. Meanwhile the ABC’s coverage, Queen Elizabeth II (1926-2022), only managed to pull 201,000 viewers.

This was the 17th most popular offering of the day, five places below the Seven Network’s post-game AFL analysis panel Armchair Experts – a show that starts at 11.30pm.

In fact, going off the ratings alone, the ABC would have been better off airing Gardening Australia. The episode which aired the week prior attracted 332,000 metropolitan viewers – 131,000 more than the number who tuned in on Friday to hear the news commentary and commemorations to the Queen.

Similar coverage continued across the weekend, but none of the networks’ news specials managed to make much of an impact.

On Saturday, 7 News: King Charles III Proclaimed and 7 News: The Passing of Queen Elizabeth recorded 279,000 viewers and 136,000 viewers respectively. And the ABC continued its coverage on the main channel to 206,000 viewers.

The most popular offering on Sunday, again, came from Seven. 7 News: The Queen’s Final Journey Begins drew 428,000 viewers. And Nine also aired the 2016 documentary Elizabeth at 90: A Family Tribute to 252,000.

All in all, it seems that most Australians were happy to glean everything they needed to know from the nightly news – and, across the board, Seven was their network of choice.

Nine’s The Block, however, kept surging on. With 983,000 viewers (up from 922,000 the week prior), it was the second-most popular show of the night and attracted more than 100,000 viewers than any of the breaking coverage on Friday.

In need of some good news? The Greater Good newsletter delivers stories to your inbox to brighten your outlook. Sign up here.