One lucky spider got a prime viewing spot for Queen Elizabeth II’s funeral on Monday.

While the monarch’s casket made its way down Westminster Abbey, a tiny sider appeared on the card that accompanied King Charles III’s floral tribute to his late mother.

One Twitter user dubbed the spider as “royal,” while another delightedly noted, “There was a spider on The Queen’s Coffin 🕷⚰️ As a spider fan, I am eleated! 😄 👍 Luckiest Spider in the world!” 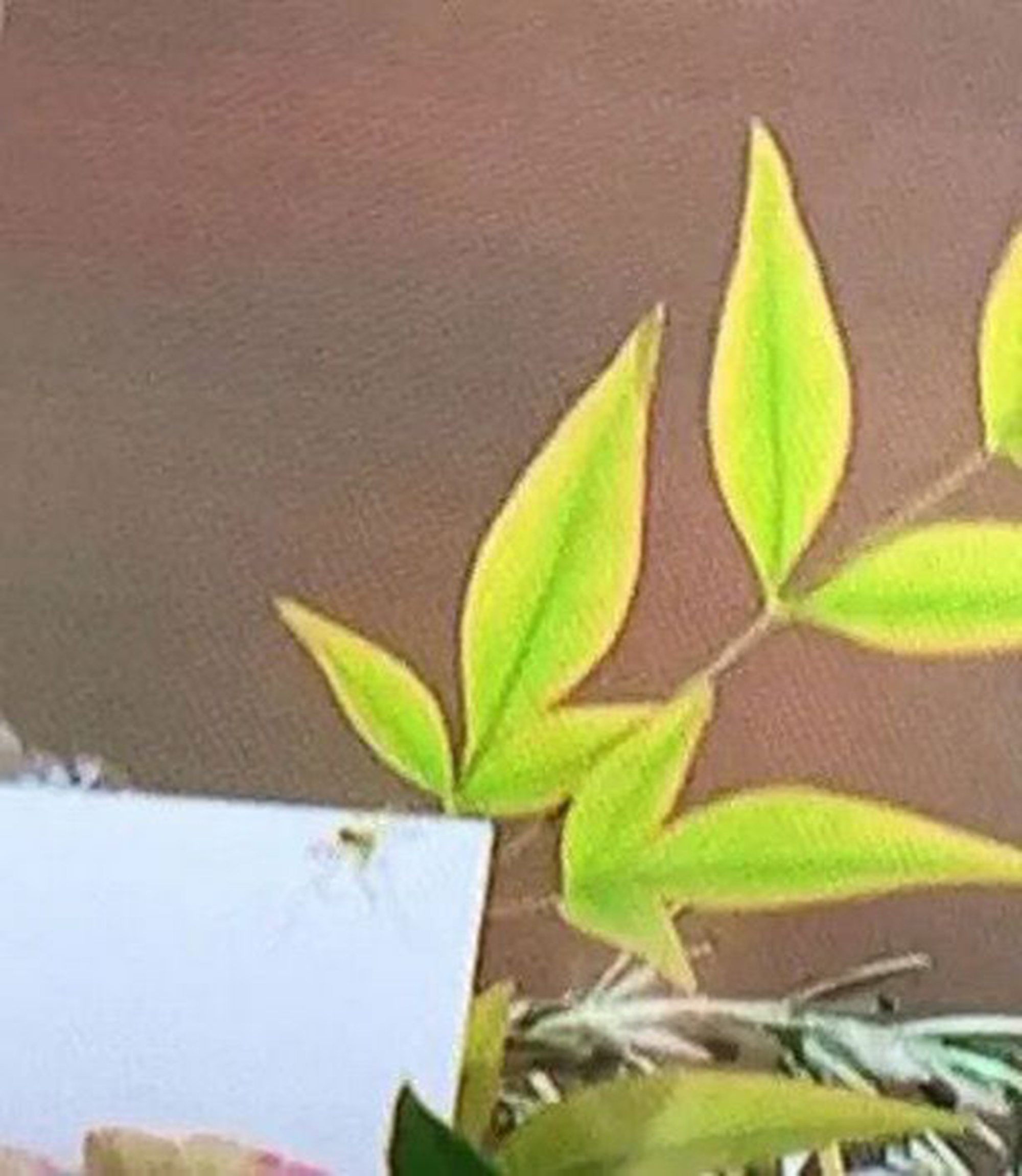 The spider clung to the card for a few seconds before returning to the wreath atop the casket, no doubt a stowaway from a royal garden.

As previously reported, the wreath was carefully curated by King Charles III. 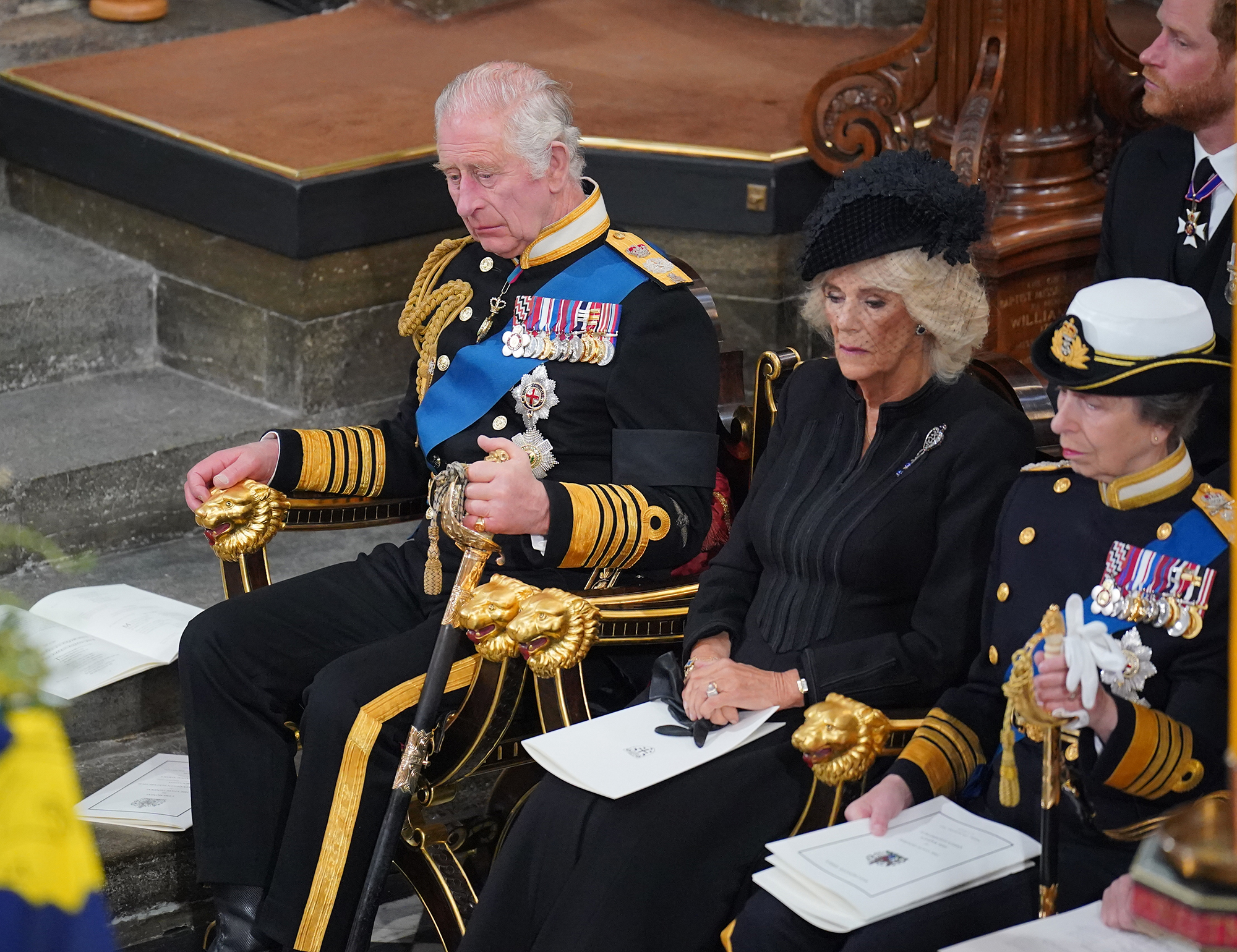 “At The King’s request, the wreath contains foliage of Rosemary, English Oak and Myrtle (cut from a plant grown from Myrtle in The Queen’s wedding bouquet) and flowers, in shades of gold, pink and deep burgundy, with touches of white, cut from the gardens of Royal Residences,” a tweet from the royal family explained.

According to the Palace, each element of the wreath was weighted in symbolism.

Rosemary was selected for remembrance and myrtle as an ancient symbol of a happy marriage. 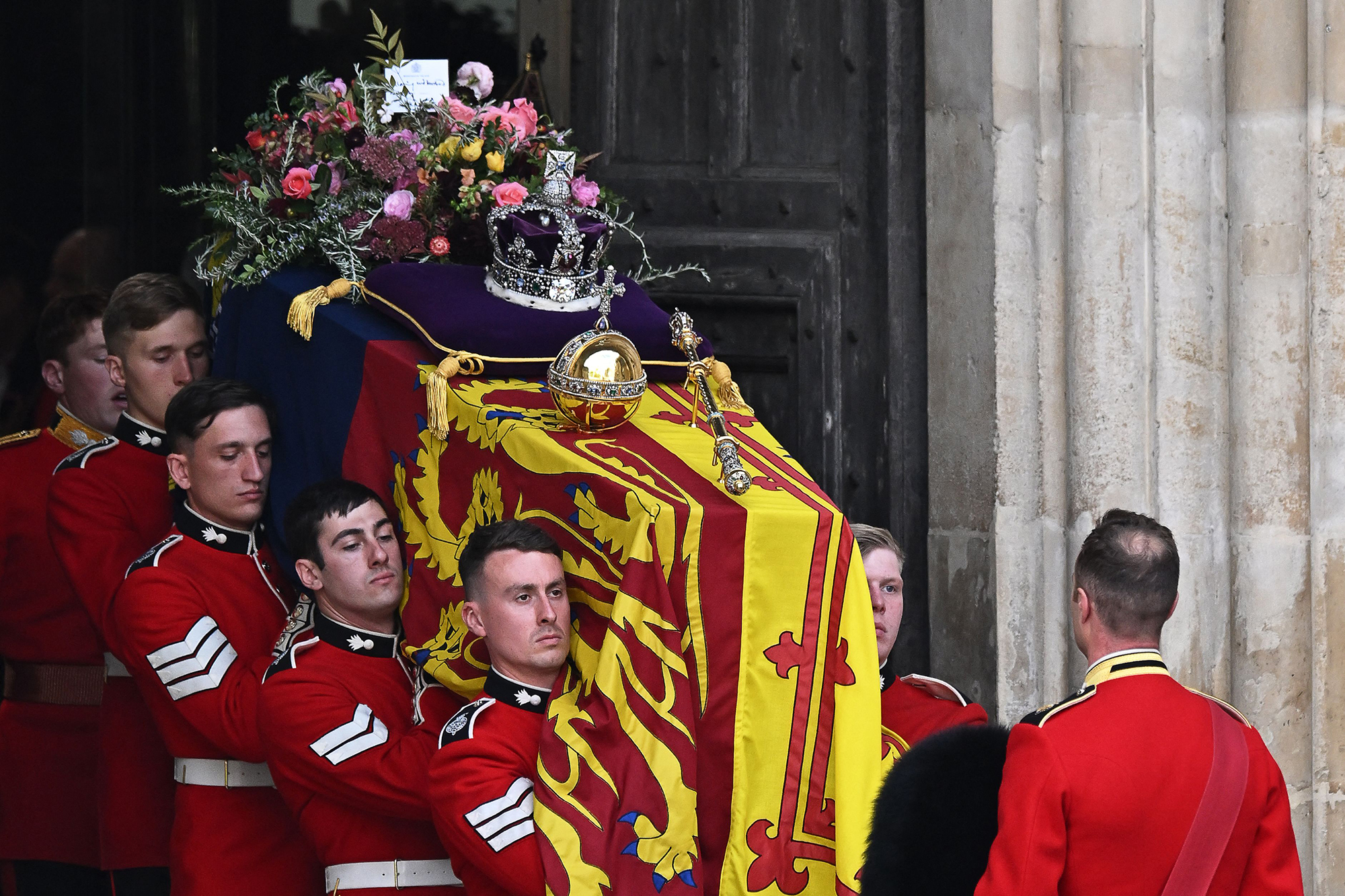 Touchingly, the myrtle in the wreath was taken from the same plant used for the Queen’s wedding bouquet in 1947 when she married Prince Philip. The Duke of Edinburgh died in April at the age of 99.

Leaves of an English oak were also used as a symbol of strength of love.

King Charles, a longtime environmental activist, also requested that the wreath be made of sustainable materials and not include plastic foam. 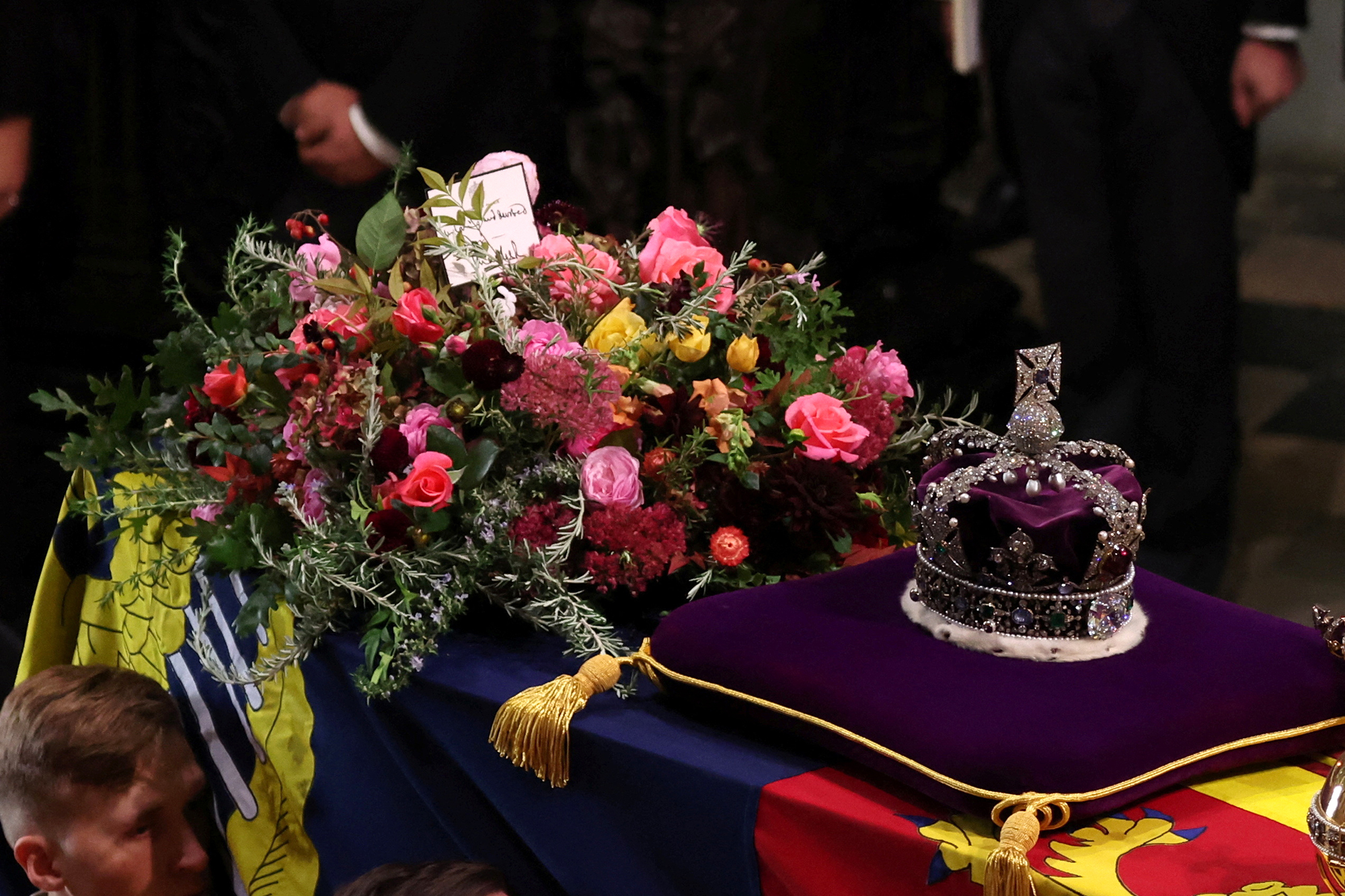 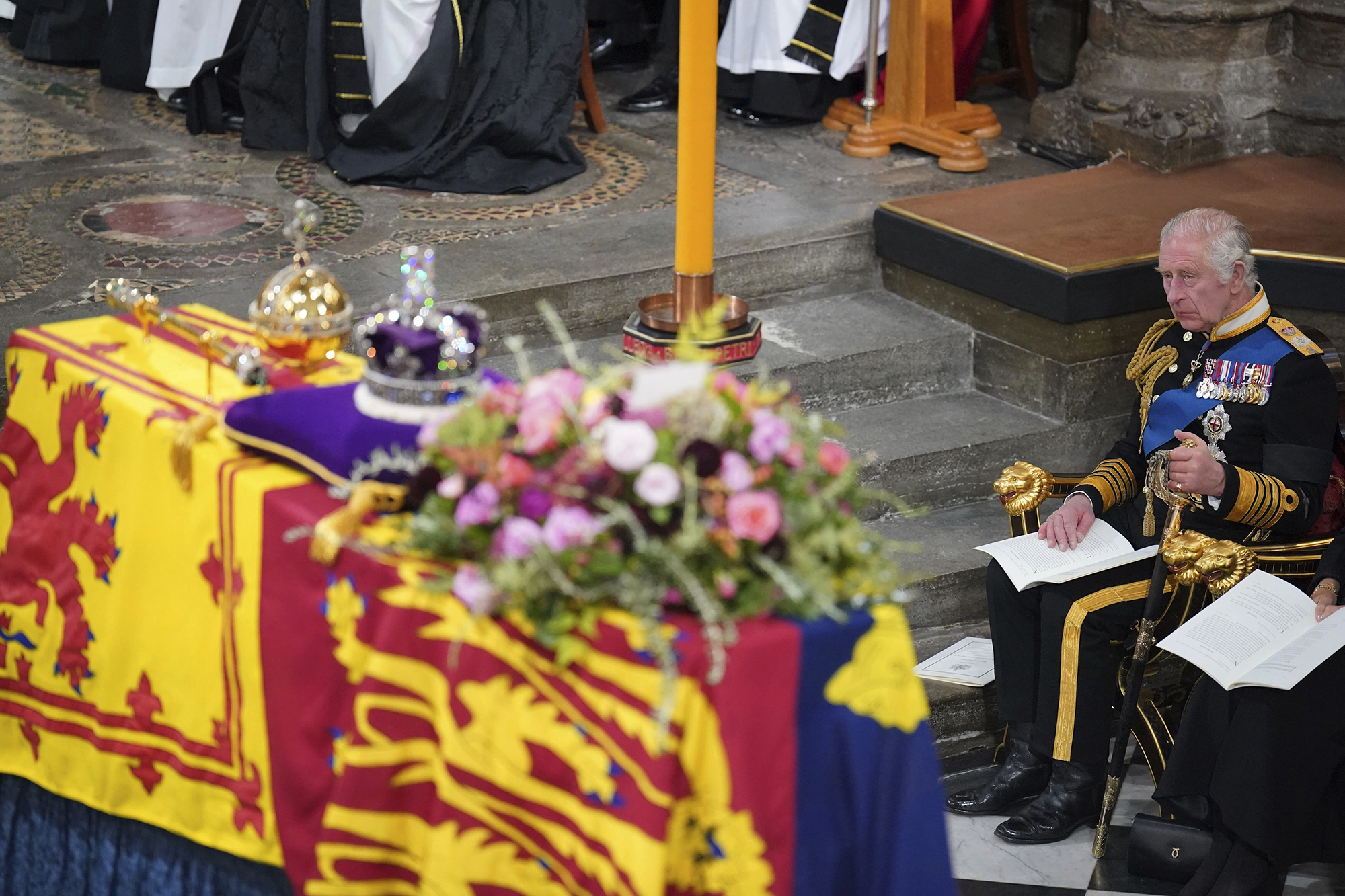