When is Hajj 2022? Start date and Mecca pilgrimage explained

Hajj is one of the most important Islamic traditions, which sees millions of pilgrims embark on the journey to Saudi Arabia every year. As one of the five pillars of Islam, the pilgrimage is expected to be made by all Muslims at least once in their lives. This year the tradition will return in full force after two years of disruption due to the coronavirus pandemic, but when exactly does Hajj start? Here’s when Hajj is happening this year, and the meaning behind it.

Hajj 2022 will begin later this week on Thursday, July 7.

The pilgrimage lasts for five days and will come to an end on the evening of Tuesday, July 12.

Every year, Hajj occurs during the month of Dhul Hijjah which is the 12th month of the Islamic lunar calendar. 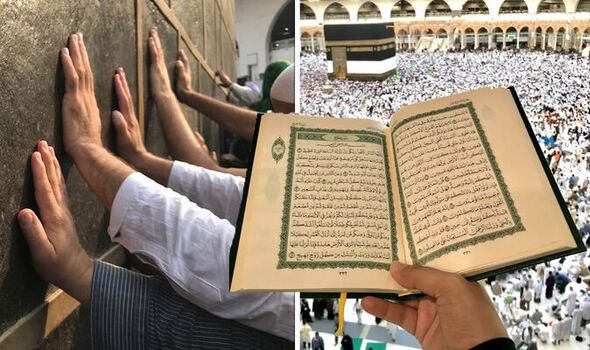 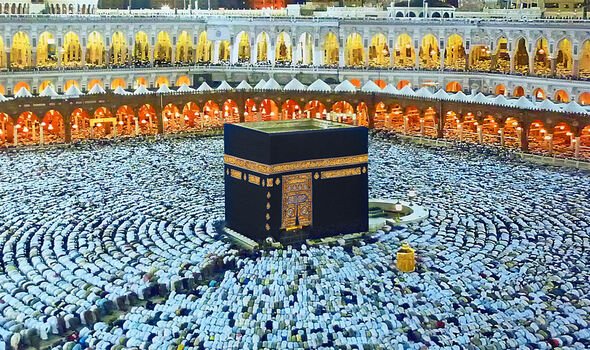 The sacred pilgrimage is a journey every sane adult Muslim must take at least once during their lives if they can afford to do so and are physically able.

It is one of the most important traditions in Islam and involves carrying out a journey to the Kaaba, a sacred building in Mecca where all prayers are directed towards.

Hajj symbolises the equality of all races and social statutes, bringing people of all walks of life to mark the occasion. 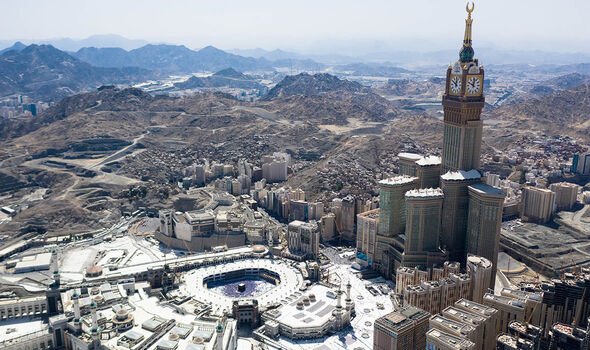 The pilgrimage is also viewed as a time of self-renewal, where old habits can be replaced with prosperous new hopes for the future.

Every year, around 25,000 Muslims from the UK travel to the holy cities, in unity with Muslims from across the globe.

According to Islamic Relief, there are 19 steps of Hajj which are made up of a series of rituals.

These include throwing pebbles at pillars to symbolise stoning Satan, sacrificing an animal, and walking around the Kaaba seven times in an anti-clockwise motion. 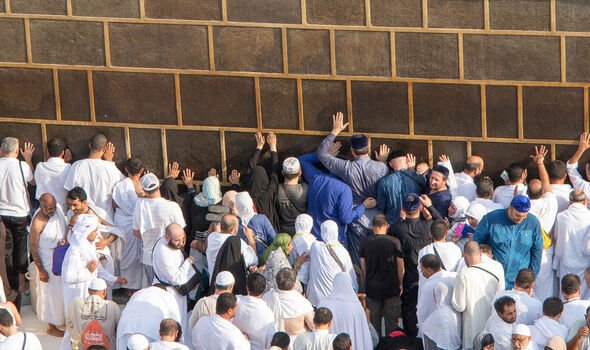 The full list of the steps of Hajj as explained by Islamic Relief are as follows:

What is the meaning of Hajj?

Hajj tradition dates back to more than 4,000 years ago when the prophet Ibrahim was instructed by Allah to bring his wife Hajira and son Is’mail to the dry valley of Mecca.
This order was made to free Ibrahim from the clutches of his former wife Sarah, and lead his family away from scrutiny.

Allah later instructed Ibrahim to leave his wife and child in the desert on their own, with supplies and water.

Hajira and Is’mail were left dehydrated and starving in his absence, and while Hajira ran up and down the hills of Safa and Mara seeking help, Is’mail triggered a spring which emerged from the valley.

Ibrahim returned to his wife and children to find them well, which was recognised as ‘the great miracle’ by Allah.

The prophet Ibrahim was later instructed to build a structure surrounding the profitable spring, which led to the construction of the Kaaba.

This was used as a gathering place for those who wished to strengthen their faith in Allah.

Ever since, Muslims are known to return to the spot of the Kaaba each year, to strengthen their faith with prayer, and promote the bonds of Islamic brotherhood and sisterhood.