One of Kate Moss’ big breaks came when she was just a teenager, selected to appear alongside Mark Wahlberg in a now-infamous Calvin Klein ad. But looking back, it’s memorable to her for all the wrong reasons.

Appearing on BBC Radio’s Desert Island Discs, the now-48-year-old model reflected on her early days in the industry — first sharing a “horrible experience” she had when she was just 15 auditioning for a bra catalog.

“I was only 15 and he said, ‘Take your top off.’ And I took my top off, I was really shy then about my body,” she recalled. “And he said, ‘Take your bra off’ and I could feel there was something wrong, so I got myself and I ran away. I think it sharpened my instincts. I can tell a wrong ‘un a mile away.” 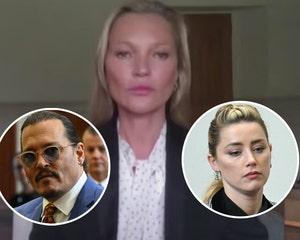 By the time she was 18, she was booked for the Klein gig — and was asked by host Lauren Laverne, “How do you remember that shoot?”

“Not very good memories,” shared Moss. “[Wahlberg] was very macho and it was all about him and he had a big entourage. And I was just this kind of model.”

When asked if she felt “objectified” on the shoot, she added, “Yeah, completely … and vulnerable and scared. I think they played on my vulnerability. I was quite young and innocent and Calvin loved that.”

Moss also revealed she had been prescribed Valium for her anxiety before the shoot — but the mother of her then-boyfriend Mario Sorrenti, Francesca, stopped her from taking the full recommended dosage and only gave her a fraction of a pill. “She never gave me the actual bottle and after the shoot, it was fine, it kind of wore off, the anxiety,” added Moss. 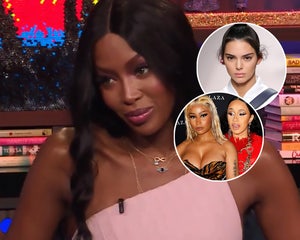 As the interview continued, Moss was also asked about the backlash she got for what was dubbed a “heroin chic” shoot for British Vogue the following year — which pictured her in her underwear inside her own apartment.

“I think I was a scapegoat for a lot of people’s problems. I was never anorexic. I never have been. I had never taken heroin,” Moss told Laverne. “I was thin because I didn’t get fed at shoots or in shows and I’d always been thin. It was a fashion shoot, it was shot at my flat and that’s how I could afford to live at the time.”

“I think it was a shock because I wasn’t voluptuous. I was a normal girl, I wasn’t a glamazon model,” she added.

As for her infamous “Nothing tastes as good as skinny feels” quote, Moss said it wasn’t even something she came up with — but was written on a note one of her friends who was trying to stop herself from snacking left on her own refrigerator.

“We were saying it because it was funny, but they were like, ‘Soundbite!’ and that was that!”