The Mulholland Drive actress, 54, exclusively told Us Weekly on Monday, October 3, that she is unsure about appearing on the hit AppleTV+ series, noting that she hadn’t “really thought about that” ahead of season 3.

“It’s a great show and I have a lot of great friends on that show, including Billy,” Watts said while promoting her new brand Stripes, which is a beauty and wellness brand designed for women going through menopause. “But, yeah, I don’t know.”

Hottest Couples Who Fell in Love on Set

The Oscar nominee, who has been dating her 54-year-old Gypsy costar since 2017, revealed that she is “about to get busy” on a show of her own for FX. She told Us that she will be working with writers Gus Van Sant and Jon Robin Baitz and producer Ryan Murphy on the project.

While the Watcher star doesn’t have plans to act alongside Crudup — who plays Cory Ellison on the Jennifer Aniston and Reese Witherspoon-led drama — at the moment, she did recently spend her birthday with her beau. 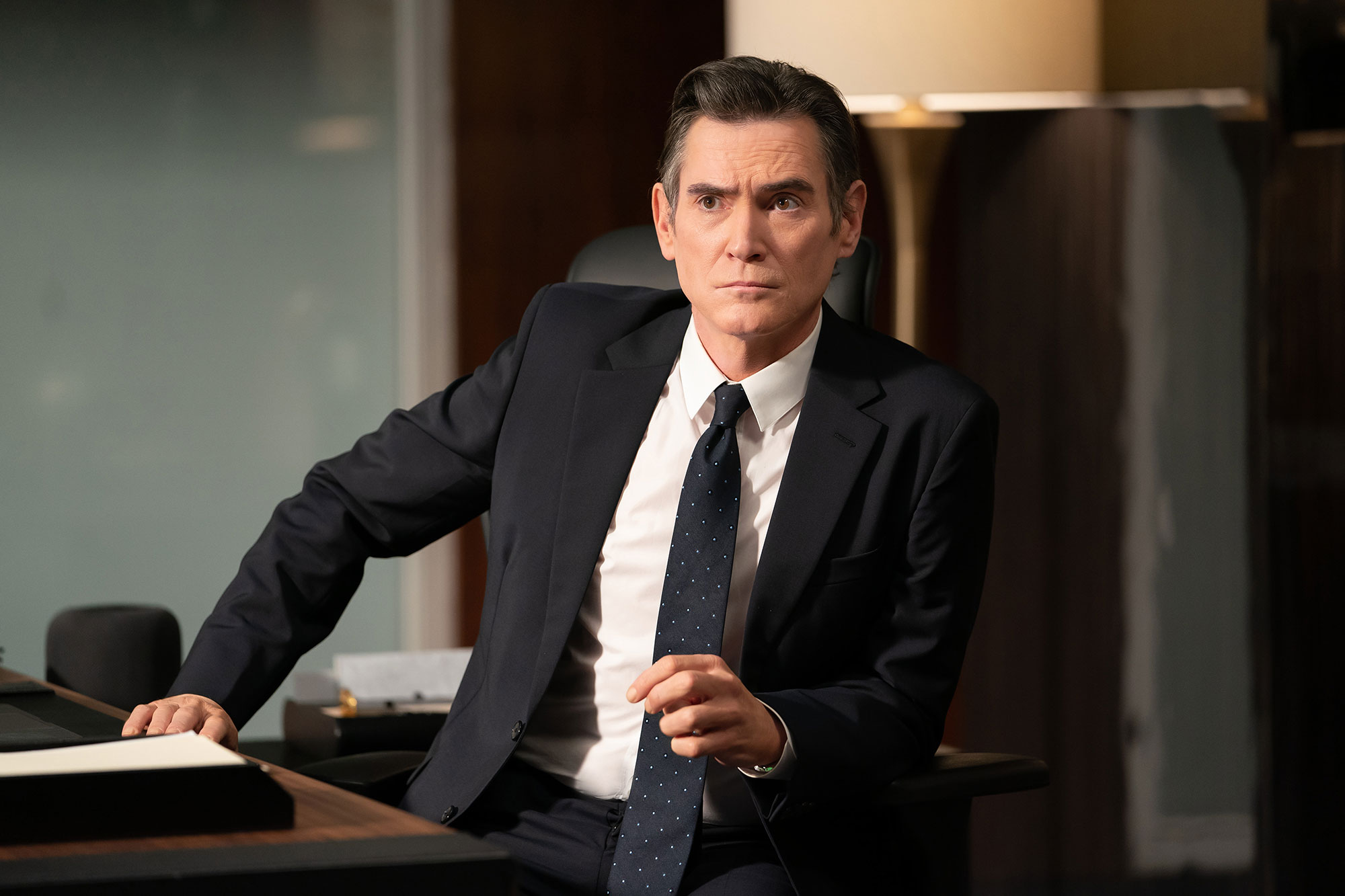 “I had just a quiet dinner on the actual birthday because it was on a Wednesday,” Watts told Us, referring to her September 28 celebration. “Just a school night with the kids and Billy. And then on the weekend, I had some friends over, just [for] drinks and food. It was lovely.”

The King Kong actress, who shares son Sasha, 15, and daughter Kai, 13, with ex Liev Schreiber, has been spending most of her free time preparing for the October launch of her menopause beauty and wellness brand, Stripes.

“I wanted to create a line that really spoke to women at this phase of their lives, not just in the bottle sense but in the whole holistic approach to help them feel seen,” Watts exclusively told Us of her new venture. “Because my mom always talked about this feeling of, ‘I’m invisible, because my reproductive life is over,’ and that’s just not OK.”

The Diana star revealed that there is a “valuable place in society for everyone,” including women who are entering menopause, have hit their 50s and are still wanting to thrive.

“We’re still here, we’re still able to bounce back. And, really, we wanted for a woman to feel like they can take ownership of this time in their life and embrace it with vibrancy and pride,” Watts explained. “No shame, no stigma and no confusion, because frankly there have been so many different conflicting theories, and still to this day, when I ask certain doctors the same question, they’ll have different viewpoints.”

Celeb CEOs: Stars Who Run Their Own Businesses

The entrepreneur noted that she also wanted to help women “tap into your community” and have a support system through this next phase of life.

“That was very clear to me to speak to the invisible part, that there was no community that was really open to discuss it. And as women, we do have those places throughout the pain points in our lives or the fearful points, whether it’s fertility or birth or once the baby’s come,” she continued. “We’re always in need of each other in those points, and we rely on those. … We always come together in those moments. Why do we leave each other [at menopause]? It is such a big piece of the story. If the story’s not there, it does feel like we’ve been given the message [that] ‘This is the end. You should be invisible. You should be disappearing.’”

Stripes launches on Tuesday, October 18. Get more information on the brand here.

With reporting by Hannah Kahn