Relationships and alliances may have changed over the six seasons of Gossip Girl, but there was one thing fans could always count on: Thanksgiving drama. With the exception of season 5, Serena van der Woodsen (Blake Lively), Blair Waldorf (Leighton Meester), Nate Archibald (Chace Crawford), Dan Humphrey (Penn Badgley), and Chuck Bass (Ed Westwick) found themselves wrapped up in love triangles, drug scandals and lies every holiday season. Relive the highs and lows with Us!

Season 1: “Blair Waldorf Must Pie!”
Gossip Girl’s first Thanksgiving episode had all of the makings of a classic: drunk Serena flashbacks, the kids discovering Rufus (Matthew Settle) and Lily’s (Kelly Rutherford) romantic past and Blair finally admitting she had sex with Chuck … twice.

“Blair Waldorf Must Pie!” also brought the tears when Blair relapsed in her bulimia recovery after her mom (Margaret Colin) uninvited her father (guest star John Shea) to Thanksgiving dinner. 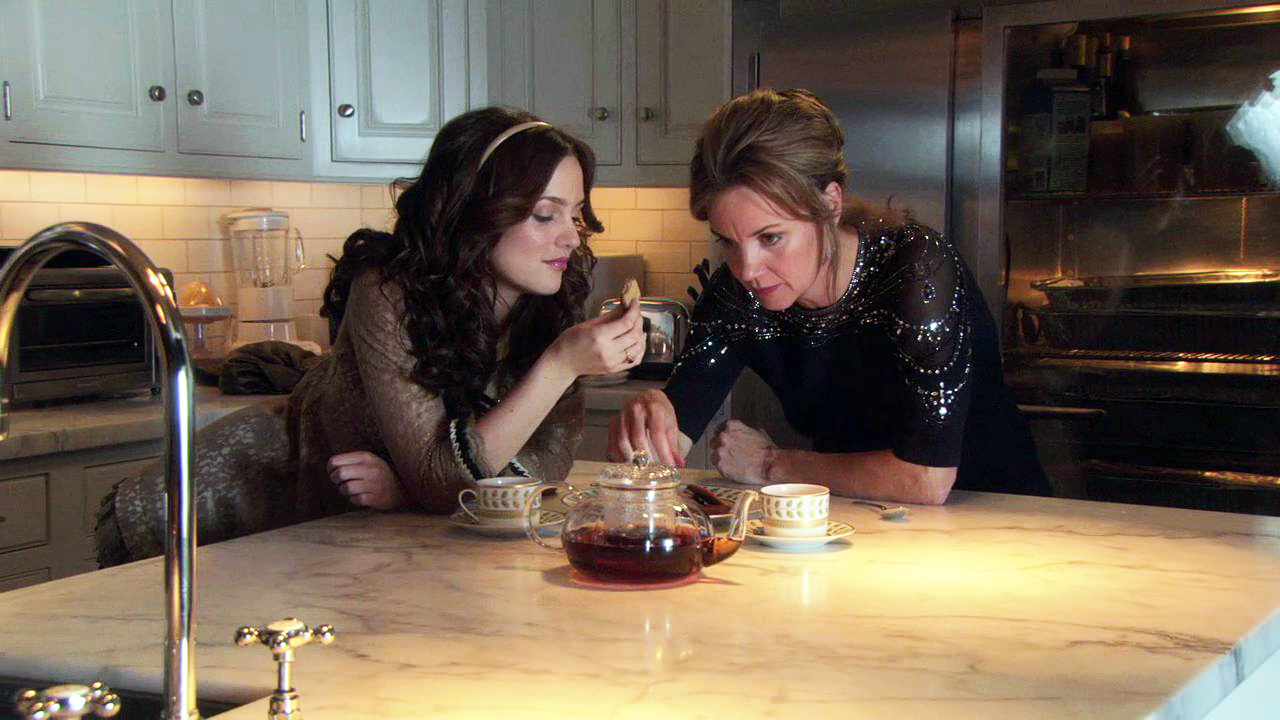 Season 2: “The Magnificent Archibalds”
Blair continued to struggle on Thanksgiving during season 2 after she discovered her mom was engaged to her boyfriend Cyrus (Wallace Shawn). Another family having serious drama on Thanksgiving? The Archibalds. After Nate’s dad (guest star Sam Robards) returned from hiding out in Dominica, Chuck and Vanessa (Jessica Szohr) were contacted by FBI agents who revealed The Captain was planning to hold them ransom.

Elsewhere, Lily, Serena and Eric (Connor Paolo) returned to the diner they ate at during the season 1 Thanksgiving episode after Eric revealed Lily’s husband Bart (Robert John Burke) was tracking them with a PI.

Season 4: “Gaslit”
Everyone was convinced Serena was back to her old ways after she woke up lost and confused following Chuck’s Saints and Sinners ball during season 4. While Lily decided to commit her daughter to rehab, Blair learned the truth about Juliet (guest star Katie Cassidy) from Jenny (Taylor Momsen) and enlisted Dan’s help to save try and save Serena.

Season 6: “It’s Really Complicated”
“What is Thanksgiving without a side of drama?” Blair asked Serena during the final season of Gossip Girl. After the Serena-themed chapter of Dan’s book was released during the Thanksgiving dinner, chaos ensued. While Nate punched lonely boy in the face, Serena turned to her ex Steven (guest star Barry Watson).

Revival Season 1: ‘One Upon a Time in the Upper West’

A new group of Manhattan’s elite, but the same old Thanksgiving chaos. The rebooted Gossip Girl’s debut Turkey Day episode, which aired in November 2021, dished out all the drama as the group gathered at Zoya’s (Whitney Peak) house for festivities.

Staying true to its source material, lies, scandals, and truths were uncovered as everyone tied — and failed — to make it through dinner in one piece.

Max (Thomas Doherty), Aki (Evan Mock) and Audrey’s (Emily Alyn Lind) throuple is revealed to their parents, as well as Max’s affair with their teacher Rafa (Jason Gotay). Aki and Obie (Eli Brown) fought over why they haven’t hung out after Aki was outed as bisexual and Julien’s (Jordan Alexander) dad announced he is engaged to his younger girlfriend.

The climax of the episode, however, comes when Zoya realizes half-sister Julien and boyfriend Obie slept together.

Gossip Girl seasons 1-6 and season 1 of the Gossip Girl revival are available to stream on HBO Max.