The mystery behind the death of John Paul Williams (played by Claes Bang) is still to be revealed in the first season of Sharon Horgan’s compelling new black comedy, Bad Sisters. While fans are expecting the secret to be unveiled over the next few weeks, there could be a chance for Apple TV+’s hit new drama to continue beyond the Garvey sisters’ first murder scheme.

Two members of the Bad Sisters cast have confirmed exclusively to Express.co.uk that they’d be willing to return for a second season.

The comedic thriller kicked off just under a month ago with John Paul, aka JP or ‘The P***k’, already dead and his five sisters-in-law all prime suspects.

Sharon’s ingenious drama, based on the Belgium series Clan, then proceeds to flash back to six months ago and reveal the sisters’ unsuccessful plots to kill the show’s victim.

As one of the most unpleasant and abusive TV husbands in recent years, fans have been rooting for John Paul’s unpleasant demise over the past few weeks. 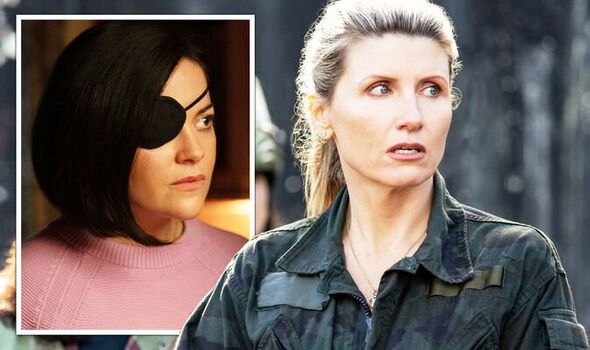 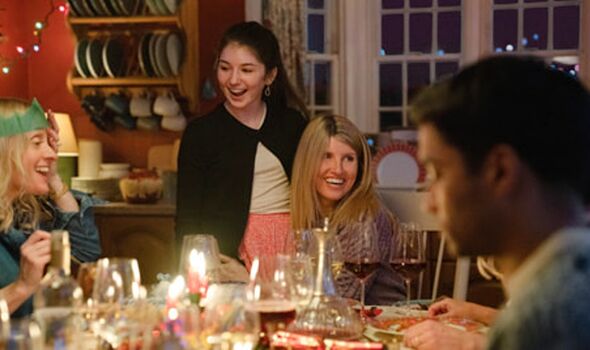 However, once the cause of his death has finally been revealed, is there a chance the story could somehow continue for a second season?

Speaking to Express.co.uk at the series premiere in London, actress Saise Quinn confirmed: “Yeah, I think so!”

Throughout the series, Blánaid is also a victim of JP’s verbal abuse and tries helplessly to convince her mother to assert dominance in their marriage. 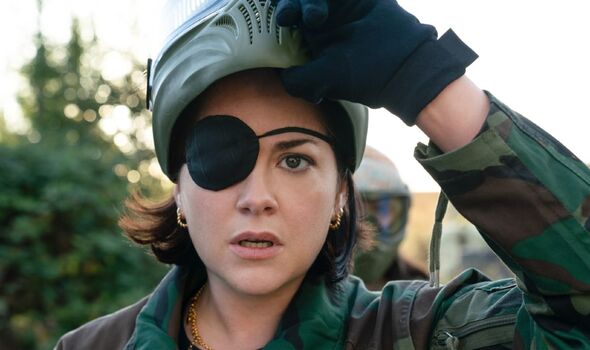 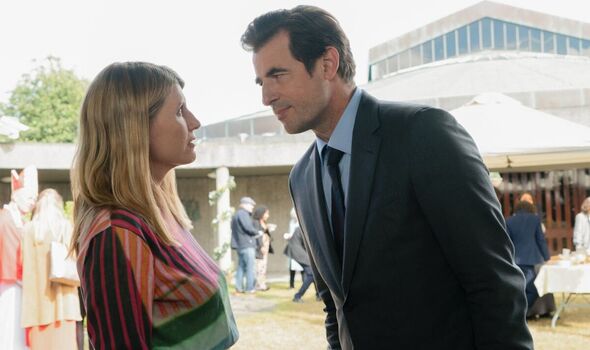 If it’s revealed how JP dies by the end of the first season, Grace and Blánaid could grow closer or even drift further apart if another murder scheme is hatched in a second season.

“My relationship with Grace can definitely develop further,” Saise added. “I think so, yeah!”

The second outing of Bad Sisters could follow the sisters trying to continue to avoid the scrutiny of insurance brothers Thomas (Brian Gleeson) and Matthew Claffin (Daryl McCormack).

Alternatively, if they get away with JP’s murder scot-free, there could be someone else in their sights who deserves to be taken out in typically messy Garvey fashion.

However, lead actress and producer Sharon wasn’t as quick to commit to a return to the world of the Garveys as her co-stars.

“I’m not allowed to talk about that!” she, unfortunately, admitted at the premiere.

As the creator and writer of the series, Sharon could know more than the rest of the cast and might be keeping plans for a second season close to the chest.

For now, though, Apple has yet to confirm any possibilities of bringing back the cast for more seasons.

Star of film and TV, in addition to her screenwriting work, Sharon still has a number of new projects in the pipeline before she can focus on a new instalment of Bad Sisters.

“I’m writing a film and then I’m directing a film,” she teased.

“I have my company Merman, and we’re doing a whole bunch of very exciting stuff. I can’t really talk about it because it’s all in the beginning stages.”

There are still five more episodes of Bad Sisters to come, so viewers will just have to be on the lookout for any word from Apple on a potential continuation.