Coronation Street stalwart Ken (played by William Roache) recently decided to let former lover Wendy (Roberta Kerr) back into his life. The pair looked back at their past and touched on the trouble it caused in Ken’s relationship with his wife Deirdre Barlow (Anne Kirkbride). As the pair decided to put the past behind them, Tracy McDonald (Kate Ford) still has her issues with Wendy’s return and didn’t believe her intentions were true. Now, official spoilers could see the pair leave Weatherfield after news of their steamy relationship is exposed.

In upcoming scenes, Ken and Wendy decide to rehearse their audition scene for a play they are keen to be involved in.

They decide to rehearse the scene at Ken’s home, where Tracy walks in and is horrified to hear Wendy say: “Just as I love you”.

Furious at her, Tracy storms into the room and berates Wendy for canoodling with Ken, making her opinion of her very clear.

Later, Brian Packham (Peter Gunn), Wendy and Mary Taylor (Patti Clare) are all pleased to discover they have parts in the amateur dramatic production. 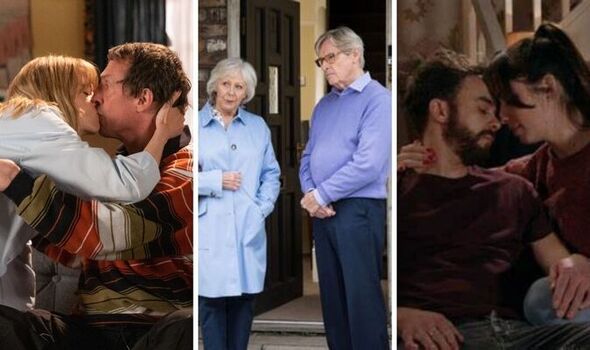 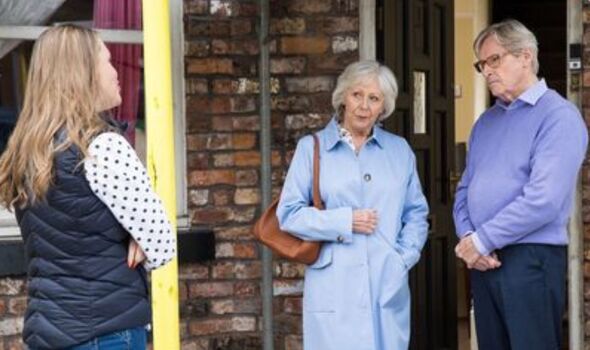 However, Ken and Evelyn Plummer (Maureen Lipman) are disappointed to learn they haven’t made the cut.

Ken could soon begin to think about his relationship with Wendy and look at how much they have evolved their friendship.

Tracy’s outburst at Wendy could make Ken realise his feelings towards his former lover have resurfaced and want to take their relationship further.

However, he knows his step-daughter has a sharp tongue and knows there will be trouble if she was to find out they had ventured into another affair with one another. 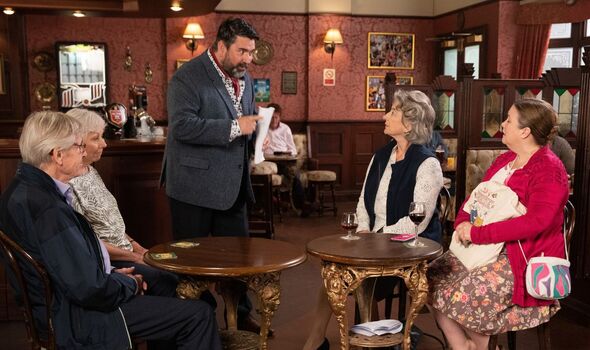 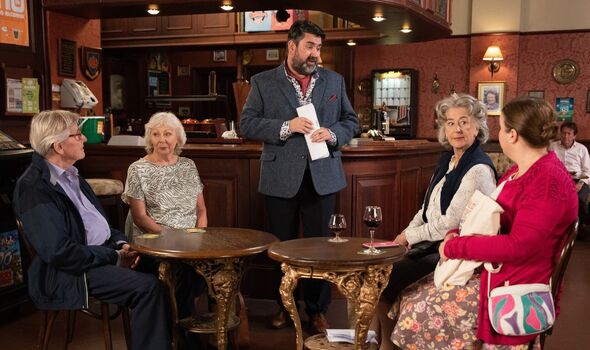 Could this mean the couple is set to leave the cobbles in order for their relationship to flourish?

Or could Tracy’s harsh words to Wendy mean they are forced out of Weatherfield after facing negativity towards their new relationship with one another?

Back in 1989, Ken and Wendy embarked on an affair behind Deidre’s back which led to the breakdown of their marriage.

Wendy moved away from the cobbles and remarried Christos Papadopoulos, but just couldn’t stay as she returned in 2012.

Upon her arrival, Ken revealed to Wendy he no longer wanted anything to do with her, not even as friends leaving her heartbroken.

But as viewers know, the pair reconnected again and Ken is enjoying Wendy’s company, seven years after his wife’s passing left him lonely.

Wendy actress Roberta recently opened up about her return to the cobbles and the tough relationship she has with Ken’s stepdaughter.

She told Digital Spy: “Who knows what’s going to happen there!”

She added: “Tracy is not going to let Wendy get back in Ken’s life, is she? Kate [Ford] and I have done one of those scenes with verbal sparring and that was great.

“It will be interesting because there’s the slight complication of Tracy and Abi being friends, so that’s another aspect. We’ll have to see how that plays out.”

Has Tracy’s fiery comments towards Wendy pushed her stepfather out of her life for good?

Will Wendy finally get what she wants after all these years?

Coronation Street airs Monday, Wednesday and Friday from 8pm on BBC One.