Stranger Things made its long-awaited return to screens with season four, after fans were left waiting almost three years for the instalment. However, as fans re-watched the series, many noticed a huge change to season one which they believed was altered to avoid making Jonathan Byres (played by Charlie Heaton) look worse.

Jonathan was first introduced in season one when his younger brother Will Byers (Noah Schnapp) vanished while he was at work.

In an effort to find his brother Jonathan searched in the woods which happened to surround the Harrington house.

As he was independent and introverted with a passion for photography and music, he scored the area on his own with his camera.

This was when he spotted a pool party at the household, as he took photos of the surrounding areas, he began to focus his lens on Nancy Wheeler (Natalia Dyer) who was undressing in her bedroom. 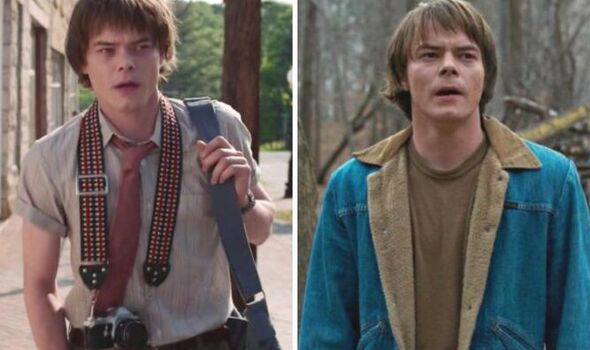 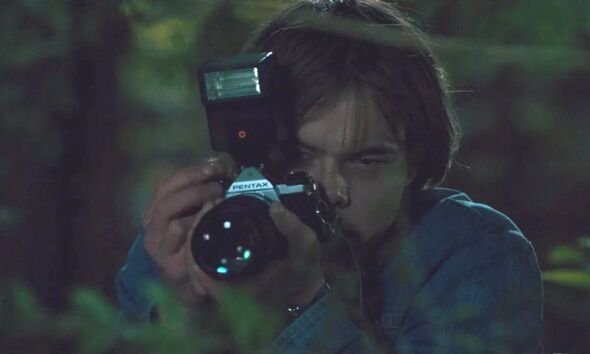 As he was taking photos of Nancy who was none the wiser, Jonathan had also captured a lurking Demogorgon before it killed her friend Barb Holland (Shannon Purser).

This was a major scene as it first depicted Jonathan’s infatuation with Nancy and it also sparked outrage among viewers who deemed the scene and non-consensual photos creepy.

However, as many fans re-watched the show many noticed the scene had been removed from the episode.

Instead, in the new cut, it appeared as though Jonathan never took those photos of Nancy. 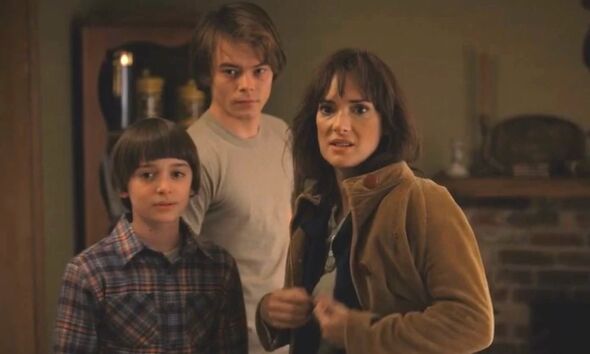 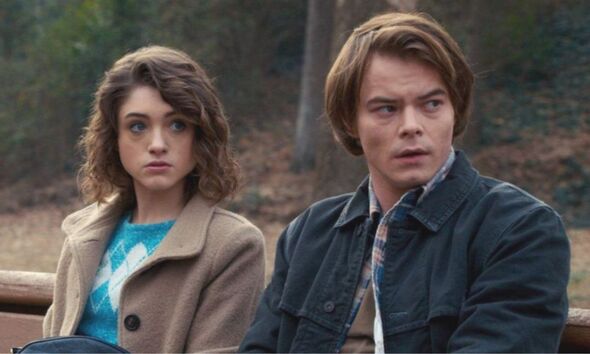 Although the quiet alteration to the episode was never publicly spoken about by the bosses, it didn’t get passed the observant fans.

Many took to social media to discuss the likelihood of the creators, the Duffer Brothers re-editing the scene.

Exposing the change on Twitter @Jasmine46757769 wrote: “Apparently the Duffer brothers removed the scene where Jonathan was taking pictures of Nancy when she was half naked.”

The user added: “Do we see the problem with things exclusively being on streaming?”

In June, the Duffer Brothers told Variety they would go back and change things about the show, even after the episodes had aired.

They said they would “George Lucas” the episodes, referencing the Star Wars creator who made numerous re-edits.

Matt Duffer told the publication: “We have George Lucas’d [scenes] that people don’t know about.

“You do have the physical copies though, the Blu-rays and stuff — you’d have to compare,” co-creator Ross Duffer chimed.

One of the more public alterations made to the show was the changes made to Will’s birthday.

In the version which was originally released, fans realised the characters had completely forgotten Will’s birthday.

After admitting their mistake Matt added: “It’s too sad! And it doesn’t make any narrative sense but we were talking about it yesterday, and I think we’re going to George Lucas that.”

Stranger Things is available on Netflix