Kim Fox (played by Tameka Empson) may feel she needs to say goodbye to EastEnders for good as a new theory suggests Howie Danes (Delroy Atkinson) could reject her marriage proposal. The mum-of-two struggled to cope in the aftermath of Vincent Hubbard’s (Richard Blackwood) murder being exposed but she found love again with children’s entertainer Howie. However, will he leave her heartbroken when she misinterprets his aloof behaviour?

In next week’s episodes, Howie acts suspiciously when he gets a mysterious phone call.

He later visits Kim and suggests the pair have a date night so they can talk.

Kim panics and assumes her new lover wants to propose.

She bumps into Felix Baker (Matthew Morrison) and opens up on how she feels about the children’s entertainer. 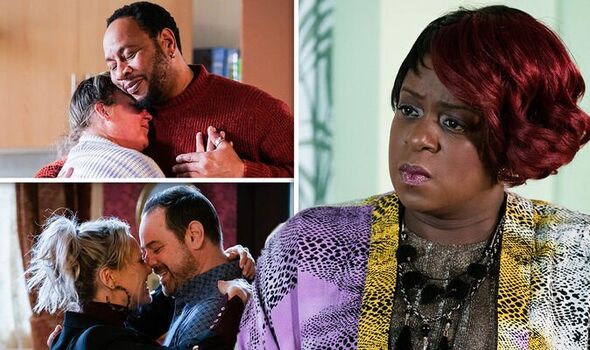 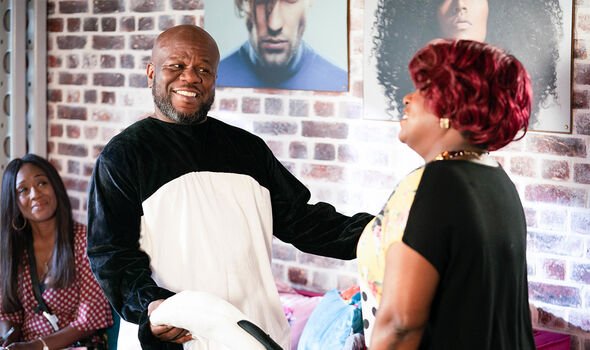 Kim explains Howie’s unusual behaviour and how she’s convinced he wants to get down on one knee.

After discussing her new relationship with Felix, she agrees it’s too soon and plans to let him down gently.

However, Kim’s floored when she gets a call from Howie cancelling their date.

Kim believes Howie is nervous and has got cold feet before the big proposal. 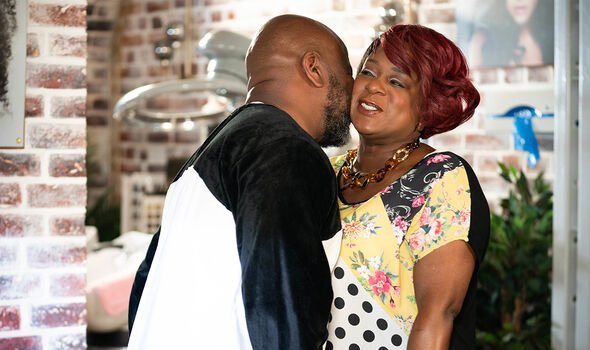 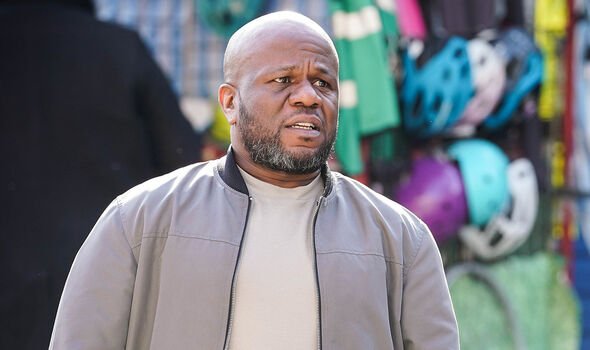 Meanwhile, Howie meets with the woman he spoke to on the phone earlier, Delilah.

She implores him to tell Kim his secret but Howie deflects and tells her it’s too soon.

Back on the square, Kim opens up to Denise Fox (Diane Parish) about Howie’s suspected proposal.

She has a change of heart and decides she should make the effort to prove to her partner how much she cares about him.

Kim reflects on Howie coming into her life and how he helped her come to terms with Vincent’s death.

She tells her sister she’s going to propose and she prepares for Howie’s arrival.

However, when he turns up it’s clear he has something to tell her.

Will he get the chance to open up before Kim gets down on one knee?

EastEnders fans will remember Howie recently tried to hide from Kim when she insisted on looking after him following his leg injury.

The newest addition to the Fox clan thinks very highly of Kim but understandably wants to take their relationship one step at a time.

He will likely reject Kim’s proposal and leave the stalwart heartbroken.

Could he be hiding Delilah from Kim and the true nature of their relationship?

After everything Kim has been through, this could prove to be too much for her and lead to her walking away from Walford for good.

EastEnders airs on BBC One from Monday to Thursday at 7.30pm.