Suki Panesar (played by Balvinder Sopal) is struggling to keep her children close in EastEnders and has turned her attention to the family business after her involvement in Jags Panesar’s (Amar Adatia) death was revealed. However, official soap spoilers confirm Suki may be connected to a second death when she finds herself in a dangerous situation.

In next week’s episodes, Suki finds herself unsure where to turn as Ranveer Gulati (Anil Goutam) continues to blackmail her.

These scenes will follow on from later this week when Suki and Kheerat Panesar (Jaz Deol) go head-to-head for a business deal with Ranveer.

Vinny Panesar (Shiv Jalota) arrives and fails to notice the tension between Ranveer and his mum.

As Suki attempts to reach out to her son, Vinny makes it clear that she’s drifting further apart from her family.

Later in the week, things go from bad to worse when she tries to negotiate a better deal on the Minute Mart lease. 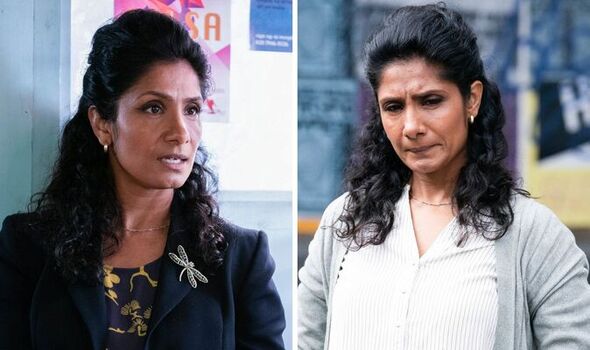 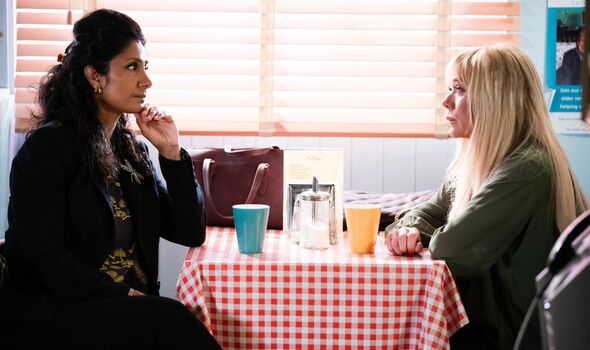 Her efforts are wasted but a passing Sharon Watts (Letitia Dean) picks up on her despair.

Suki invites Sharon for a drink and the pair bond over their shared experiences.

However, the matriarch wastes little time in using her vulnerability to her advantage and tries to manipulate Sharon into lending her money.

After opening up to Eve Unwin (Heather Peace), Suki decides to confront her problem with Ranveer head-on.

EastEnders fans will notice Suki has a plan while Ranveer wants to get straight to business. 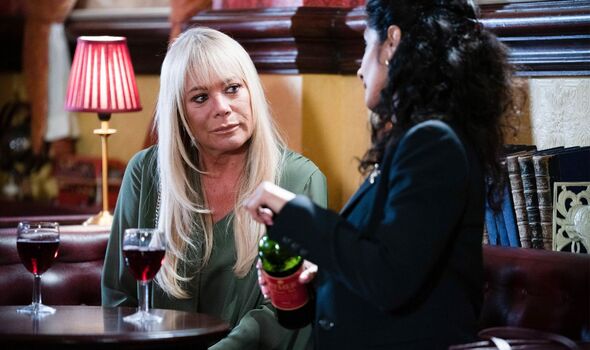 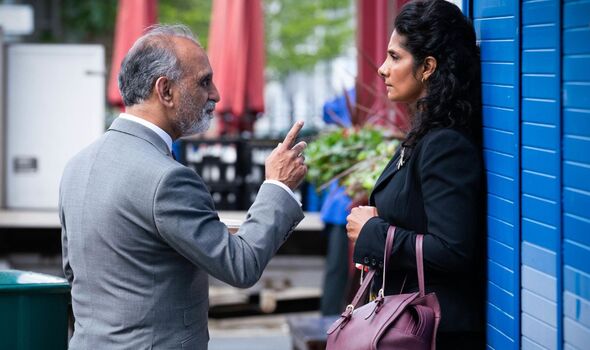 The businessman is furious when he realises what Suki has done and refuses to leave.

Suki’s terrified but refuses when Ranveer insists she makes it up to him.

She stands her ground and quickly a fight breaks out between the pair.

Will Suki regret standing up to Ranveer or will he end up fighting for his life?

The mum-of-four panics and turns to Kheerat in her time of need.

He fails to answer her call but she leaves him a desperate voicemail pleading for help. Meanwhile, Ravi Gulati Aaron Thiara) looks for his father and bumps into Eve who points him in Suki’s direction.

As Ranveer overpowers Suki, she picks up the closest object to her and hits him over the head.

Has Suki accidentally killed the businessman?

Ranveer may be unconscious rather than dead as Suki assumes.

But, if Ravi runs off to get help, Ranveer could wake up and furiously lash out at Suki for attacking him.

Still furious with his mum, Kheerat asks his siblings to check in on Suki after seeing the Minute Mart closed.

Will they find their mum in time or will Suki be forced to kill Ranveer to save herself?

EastEnders airs on BBC One from Monday to Thursday at 7.30pm.