EastEnders theory: Vinny in hospital as Dotty blamed for attack

The Panesar family have been forced to address matters close to home after the dramatic incident involving Suki Panesar (played by Balvinder Sopal) and Ravi Gulati (Aaron Thiara). The powerful family have often been at the heart of bitter rivalries in Albert Square and another feud is set to explode. Official EastEnders’ spoilers confirm Vinny Panesar (Shiv Jalota) loses his temper with Finlay Baker (Ashley Byam) after sparks fly with Dotty Cotton (Milly Zero), but is Vinny the one who will end up worse off on the BBC soap?

EastEnders’ spoilers suggest the rivalry between Vinny and Finlay will escalate to a near tragic level this week.

Recently, the pair have been fighting for the affection of Dotty, but have yet come to blows – until now.

Dotty and Finlay decide to go for a drink and bond over their respective fathers, but a furious Vinny sees them walk out together and takes matters into his own hands.

The fiery Panesar decides he has had enough and lands a punch on Finlay, but the violence may just be beginning. 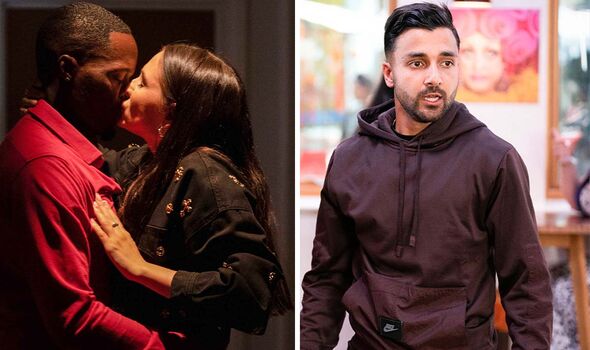 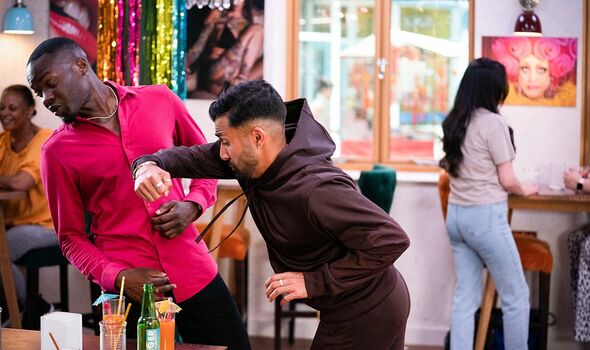 His sister Ash (Gurlaine Kaur Garcha) comforts Vinny and attempts to alleviate any suspicions he may have.

But, at this stage he is unaware Dotty is cheating on him, meanwhile her and Finlay continue to sleep together, until an intervention from Bernie Taylor (Clair Norris).

The helpful neighbour offers some guidance to Dotty after she catches her walking back from Finlay’s house.

However, that advice could spark a brutal attack on Vinny, which might land Dotty in the most trouble. 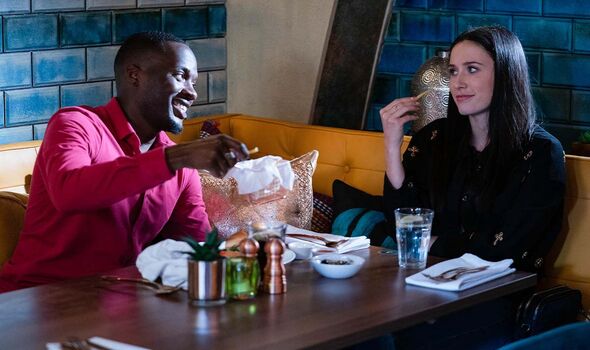 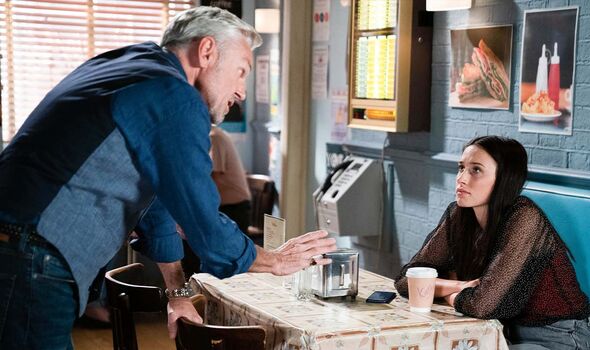 Bernie suggests her friend is honest and admits to her infidelities with the Baker family member.

Rocky Cotton (Brian Conley) also approaches his daughter to offer his opinion on the matter.

He offers words of wisdom, while not knowing the full extent of her situation she interprets his guidance as a need to be more honest.

This leads to her admitting to a distraught Vinny about her relationship with Finlay.

Amid the tensions between the three, Finlay attempts to appease the issue but his actions only see the anger from Vinny increase.

Dotty is then thrown out of the Panesar home and with emotions running high, Finlay may make another attempt to be the hero for his new love interest .

With the first attempt at peace not working, Finlay may decide to retaliate against a devastated Vinny.

Finlay previously went against Dotty’s wish in appeasing Vinny earlier and he could decide to act solo again.

An Express.co.uk theory suggests Finlay catches Vinny alone and attacks him leading to him being rushed to hospital.

Will this lead to Vinny blaming Dotty for his stay in hospital and how will the rest of the Panesar family react?

Could this leave Rocky having to defend his daughter and getting into some grief he could really do without?

EastEnders continues on Wednesday at 7.30pm on BBC One. 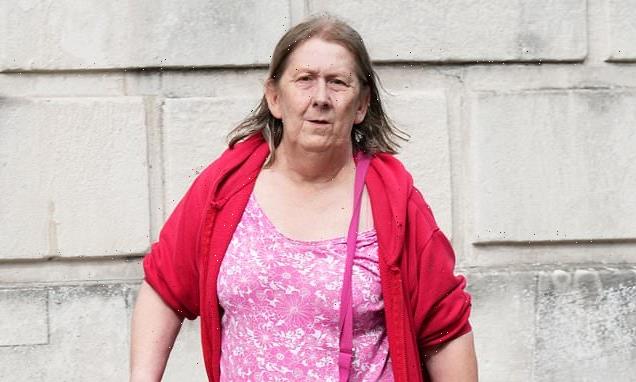