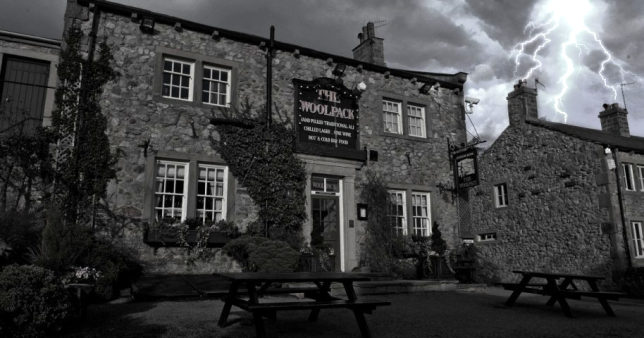 Emmerdale has dropped another exciting teaser about their anniversary month, confirming a one-hour special on it’s official birthday.

The ITV soap will begin the anniversary celebrations at the start of October.

Already we know Tracy Metcalfe (Amy Walsh), Aaron Dingle (Danny Miller) and Diane Sugden (Elizabeth Estensen) will make their way back to the village very soon, ahead of the big stunt – a storm.

‘Some of our best-loved villagers will be in peril and it’s safe to say that literally the village won’t be the same after this,’ show boss Kate Brooks recently explained to Metro.co.uk.

‘It’ll never be the same again because the impact the storm has on people’s lives is massive.’

On Sunday October 16, exactly 50 years to the day since the programme first appeared on our screens, Emmerdale will celebrate by airing a one-hour long episode.

The timing of the episode is something to look forward to, as if it airs at 9pm, the soap will be allowed to step away from their usual restrictions and potentially air something a bit darker, given that 9pm is past the watershed.

Also, airing on a Sunday is rare for Emmerdale, which means promotion and advertising will need to be high to draw in viewers.

Saying that, there is always a large audience for whatever show may air on Sundays at 9pm, be it anything from McDonald and Dodds right through to Vera.

Adding to the exciting chat about the storm, producer Jane Hudson said: ‘The storm will feel incredibly different and it involves so many of our families. It’s not just a storm that affects one small group, it affects the entire village so I think it will feel different.’

‘One of the things we were very keen to do was firstly make sure our storm is in daytime so you can actually see what’s happening and what’s going on.

‘So the whole storm takes place in one day across about three or four episodes and it’s all in daytime. It’s very much a wind storm rather than a rain storm.

‘We’ve got some amazing wind machines being tested at the moment which are epic – the sound team are going to have a nightmare with them in the background!’

Teasing the end of the dramatic month, Jane said: