Emmerdale theory: Noah Dingles next victim unveiled as he returns to the village

Noah (played by Jack Downham) was sentenced to three months in prison a few weeks ago on Emmerdale as he was punished by the courts for stalking Chloe Harris (Jessica Elland). This came as a result of his mother, Charity Dingle (Emma Atkins) reporting him to the police and the entire village turning their back on him. However, Amelia Spencer (Daisy Campbell) still holds a torch for him and in upcoming scenes on the ITV soap, she could find herself in real danger.

The storyline continues in next week’s episodes of the weeknight serial drama as Gabby Thomas (Rosie Bentham) receives an interesting letter.

It seems Noah will want to see her and he sends her a visiting order, hoping he can talk to her about why he became obsessed with Chloe.

However, the mother of one is resolute in her response as she ends up throwing the visiting order in the bin before carrying on with her day.

Seeing the piece of paper in the bin, Amelia decides she could use this to her advantage as she still has a crush on Noah.

Although, she soon faces a hurdle as she realises she needs a form of Gabby’s ID to use the visiting order and get into the prison. 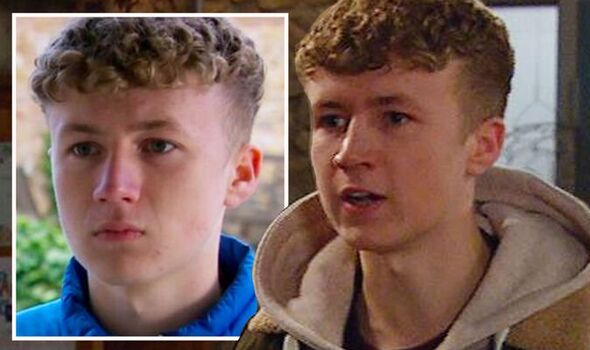 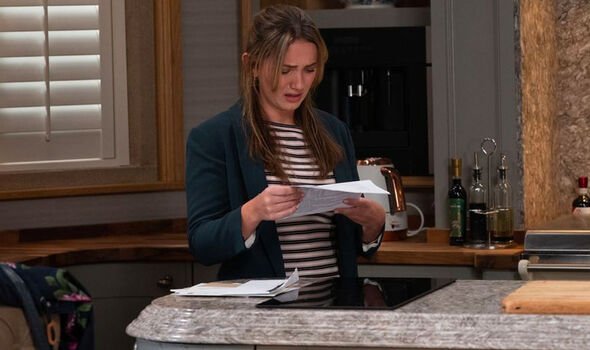 By some means, Amelia manages to get the form of identification and heads to jail to talk to Noah but he will not be best pleased to see her.

Noah is shocked when he realises Gabby hasn’t come to see him but speaking with Amelia could give him food for thought.

When she returns to the village, it seems a lot is playing on Amelia’s mind as well and Lydia Dingle (Karen Blick) picks up on this.

As the two women sit down, the youngster confides in her neighbour about her boy troubles and Lydia does her best to convince her she could do better.

Charles Anderson (Kevin Mathurin) will also try to help Amelia but it seems he could undo all the work Lydia has done. 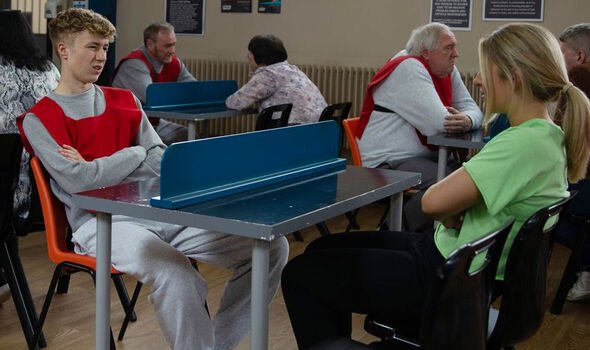 Just trying to get his head together

It could very well be once Noah returns to the village, which is in just a few weeks’ time, his time talking with Amelia could have led him to form an obsession with her.

Although he doesn’t see her in a romantic light, he could begin to stalk her as he realises she is the only one on his side.

He would want to make sure no harm came to her and in his mind, he would be doing everything he possibly could to protect her.

Amelia might not see the darkness in this as she would like the fact she would be getting to spend more time with Noah.

However, will she realise she is his next victim and he is watching her at times when she wants privacy and it should be respected? 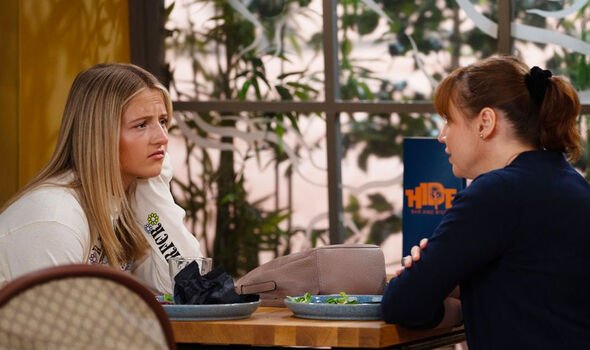 The actor who plays Noah, Jack, has spoken out about his character before and explained how troubled the young man seems to be.

Jack explained: “I think Noah is just trying to get his head around girls right now.”

In reference to his specific interest in Gabby, he added: “Gabby gave him attention [a while ago and this] shocked him a bit.

“He likes that she’s older and more mature, but he doesn’t understand how to go about it yet. Noah has a kind heart and often has the right intentions.

“But I think every Dingle has that ruthless side to them. It would be great fun to see the Dingle come out in Noah, and witness him causing a bit of trouble around the village!”

How well do you know your British soaps?

How many times has Ian Beale been married in EastEnders?

What is the name of Bianca Jackson and Ricky Butcher’s son on EastEnders?

On EastEnders in 2002, who accidentally ran Jamie Mitchell over in his car which caused his death?

How many times has Corrie’s Steve McDonald been married?

What happened to Emily Bishop in Coronation Street?

Who murdered Maxine Peacock in Coronation Street in 2003?

Which incident in 1993 killed off four characters in Emmerdale?

When did the show stop being known as Emmerdale Farm?

On what date did Hollyoaks air its first episode?

What was the name of the much-loved Coronation Street pet dog who was put down in April 2020 after 14 years?

1996 saw the arrival of one of Hollyoaks all time bad boys and rival of Kurt Benson, but who was he?

Who is the longest serving character on Coronation Street?

Who shot Phil in EastEnders?

How many fires have there been at Corrie’s Rovers Return?

Get out of my pub, you’re no soaps fan

Talking about his time on the show, having been a part of the cast for over a decade, Jack said he still enjoys every minute.

The young soap star explained: “One of my earliest Emmerdale memories is a scene that I did sitting in the footwell of a van because Noah had been kidnapped!

“I always remember that scene. I’m pretty sure I wouldn’t fit in that footwell now, though!

“It’s quite strange to be around adults all the time, but I think it’s helped me mature in lots of ways.

“On the other hand, I’ve missed out on my fair share of events and things with friends my own age, but it’s all part and parcel of having such a great opportunity,” he said in an interview with Inside Soap.

The actress who plays Charity, Emma, has also addressed whether she thinks her character did the right thing reporting her son to the police.

Emma said: “I think she’s been faced with one of the biggest moral dilemmas she’s ever had to face in her life because it involves essentially putting Noah in a predicament where there is that risk that he could go to prison for having the information on his laptop, the images.

“So there is a lot of jeopardy in this. She knows how much she loves Noah.

“Noah is obviously devastated that she’s done what she’s done so their relationship is under so much strain. he’s blocked her out so she’s feeling rejection.”

But will he have learnt an important lesson in prison or will he come out exactly the same?

Emmerdale airs weekdays at 7:30pm on ITV, with an hour-long episode airing on Thursdays.