After his first-round win, Nick Kyrgios spoke of his frustration with a line judge and admitted to spitting in the direction of a disgruntled spectator as well as eating sushi throughout an explosive post-match Wimbledon press conference on Tuesday. Piers Morgan addressed Kyrgios’ behaviour as he branded him “out of control” during an interview with Sky News Australia’s Erin Molan.

Morgan vented: “He’s basically a pig he’s eating his food as he talks to the media, he abuses a female lineswoman, he abuses an elderly linesman, he abuses the crowd, he spits at one of them.

“The man is out of control. Can you put up any defence for this antipodean monster?”

Molan replied: “Piers, there’s plenty of Australians who think he’s in an absolute tool as well.

“I’ve been one of his most vocal critics for a very long time.”

Read more: Piers Morgan savages union strikes – ‘Where does this all end?!’ 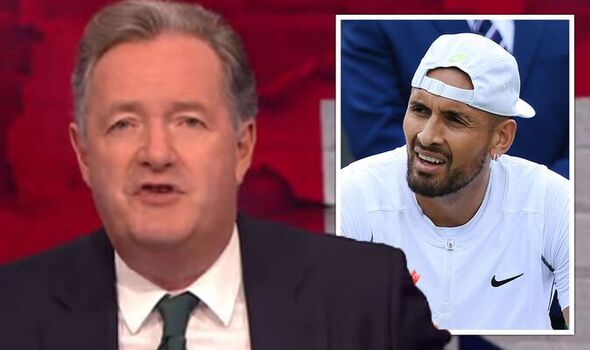 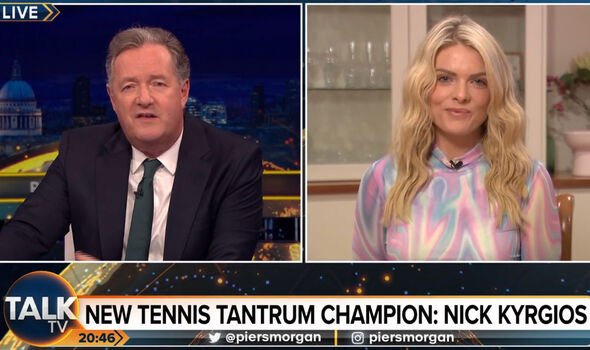 “But I’ll tell you what, the spitting even towards someone in their direction is appalling,” she continued.

“The abuse of anyone in their workplace is appalling, the hypocrisy that he displays is completely appalling.

“He replied to someone on social media overnight that had taken him to task over this and said, ‘Oh, but I would never go into your workplace and abuse you.’

“Does he think the linesmen are volunteers? That’s their workplace he’s abusing them.” 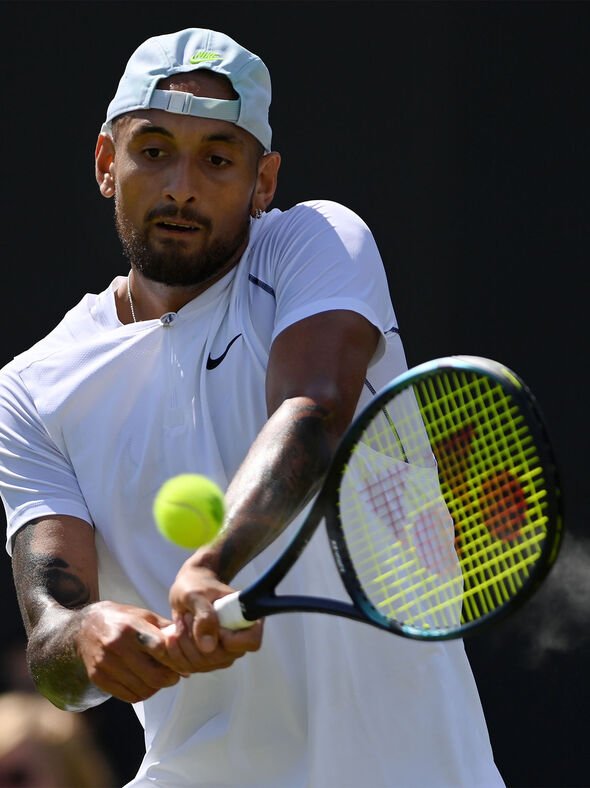 “But what I will say is it gives you Brits something to complain about and you love that,” Molan remarked.

“You love having someone from somewhere else to get angry and complain about.”

Kyrgios hit out at Wimbledon fans after reaching the second round with a victory over British Paul Jubb.

When one reporter asked: “At the end, you did appear to spit in the direction of…,” Kyrios responded: “Of one of the people disrespecting me, yes. I would not be doing that to someone who was supporting me.”

The Australian tennis player added: “I’ve been dealing with hate and negativity for a long time, so I don’t feel like I owed that person anything.

“He literally came to the match to not even support anyone really, just to stir up disrespect. That’s fine, but if I give it back to you, that’s just how it is.”

“A lot of disrespect was being thrown today,” Kyrgios continued. “And I’m just starting to think that it’s normal – when it’s really not.

“I didn’t say anything to the crowd until they started – every time I came down to the far end – just going. I don’t know if it’s normal or not.”

During the first-round match, Kyrgios had a fiery exchange with a line judge.

“I said most of the umpires are older and I just don’t think that’s ideal when you’re playing a sport of such small margins,” Kyrgios said.

“Factually, people that are younger have better eyesight. Do you not think that’s appropriate?”

Piers Morgan Uncensored airs on TalkTV on weekdays at 8pm and live and on demand on the TalkTV app and at Talk.TV