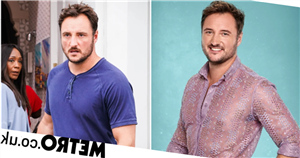 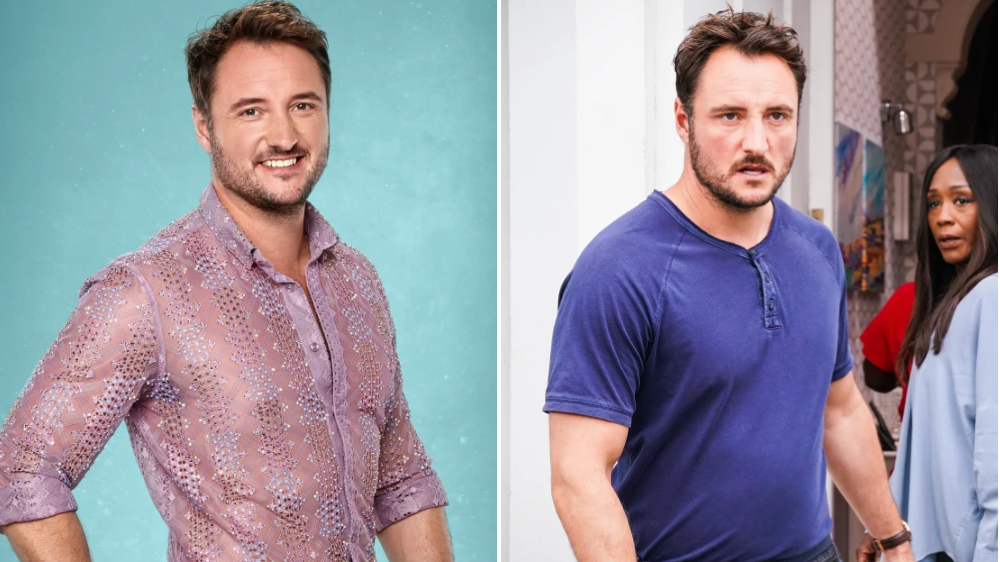 EastEnders actor James Bye has taken time out of rehearsals for Strictly Come Dancing to talk about how he’s going to juggle being in two of the biggest shows on TV at the same time.

James, who has played Martin Fowler on the soap since 2014, was announced as a Strictly contestant last month and went straight into ‘managing expectations’ mode by saying, ‘I’m not known for my shimmy or my twinkle toes – in fact my kids regularly laugh at my dad dancing, but it’s an honour to be asked and I’m going to give it my best shot,’ adding, ‘I’m really nervous!’

Perhaps adding to his nerves is the fact that he’s following in the dancing shoes of last year’s Strictly champion, fellow EastEnders star Rose Ayling-Ellis, who took the glitterball trophy after stunning audiences with her beautiful performances alongside professional partner Giovanni Pernice.

James told Inside Soap that Rose, along with Scott Maslen and Jake Wood who have also competed in the dance competition, has given him some great advice including making sure he eats enough food to keep his energy up – and to enjoy every single minute.

EastEnders viewers may notice that we see less of Martin around Albert Square in the coming weeks, as James combines his day job with his new Strictly commitments.

‘Luckily, both shows are filmed in Elstree,’ James explained, ‘And my bosses at EastEnders have been very supportive in terms of quieting my storylines to make sure I’m given the chance to do as best I can on Strictly.’

While James says he’d be ‘mad not to think about lifting the glitterball,’ he’s still playing down his chances.

‘I’ve just not got that natural ‘thing’ that these professional dancers have,’ he pointed out. ‘I think I just can just about do the steps and then we can try and add some character into it.

‘I have no real dance training at all, though, so it may take me longer to pick stuff up. But I’m going to give it everything.’

You can see how he gets on on Friday at 7pm, when BBC1 airs Strictly’s launch show – when Rose Ayling-Ellis and Giovanni Pernice will also be dancing.

The first live show airs on Saturday at 6.45pm.