Lord of the Rings trailer: Rings of Power promo teases end of man in action-packed clip

The Lord of the Rings: The Rings of Power title announced

Lord of the Rings fans have been eagerly awaiting more news on the highly-anticipated Amazon Prime Video series, The Rings of Power. The series is due to air this September and a new trailer delves even deeper into the adaptation. Fans are given a first look at some of Tolkien’s legendary characters from the island kingdom of Númenor.

The narrator is heard saying: “There was a time when the world was so young, there had not yet been a sunrise.

“But even then, there was light.”

As the trailer continues, viewers meet some of the new mystical creatures whose lands are destroyed. 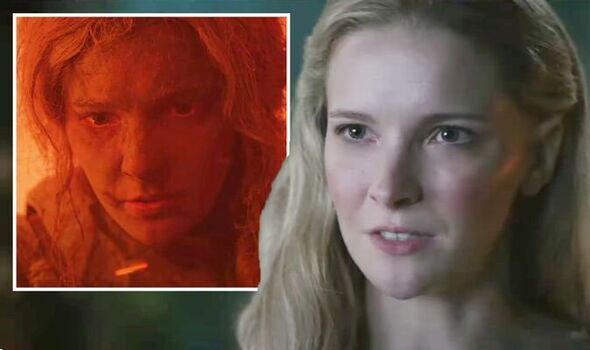 A character is heard warning Galadriel (Morfydd Clark): “You have fought long enough, put up your sword.”

She replies: “The enemy is still out there, the question now is where?”

When warned the fight is over, she says: “You have not seen what I have seen,” before viewers witness a community slaughtered.

The action-packed teaser features some iconic landscapes from the original Lord of the Rings films, including The Argonath.

Galadriel is warned: “Darkness will march over the face of the Earth, it will be the end of not just our people, but all peoples.”

The characters desperately try to hold on to their ways of life, but they are told: “The past is dead, we either move forward or we die with it.”

The multi-season drama will launch on Prime Video on Friday, September 2, with new episodes available weekly.