Nelson Mandela’s grandson Mandla Mandela has opened up about his reaction to Meghan Markle’s comparison to his grandfather in his latest interview with GB News’ Dan Wootton. During the conversation, he claimed the former royal didn’t fully understand what Mandela stood for when she likened her marriage to Prince Harry to his struggles with apartheid.

Mandela’s grandson Mandla suggested Markle was one of many who have made bold comparisons to his grandfather without fully understanding his principles.

In a recent interview with The Cut, the Duchess of Sussex claimed a South African cast member of The Lion King alluded to Mandela during a meeting in 2019.

She recalled being told: “I need you to know. When you married into this family, we rejoiced in the streets the same we did when Mandela was released from prison.”

Her comments have since received criticism, and Lion King film actor and friend of Mandela Dr John Kani said he was “baffled” by the comparison. 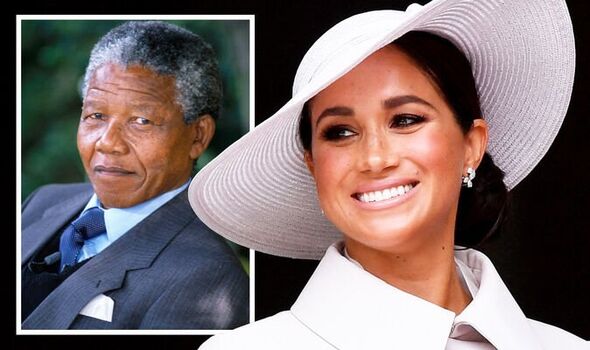 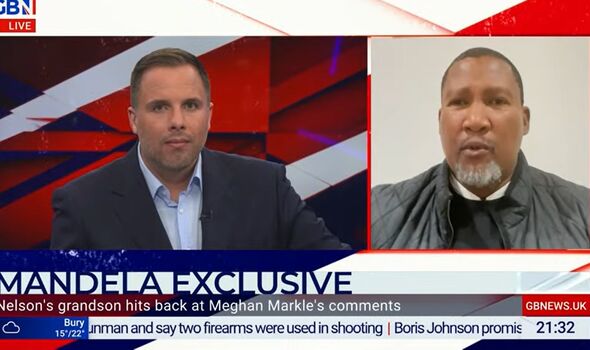 “She seems to look to Mandela and see some sort of comparison in her journey with his,” Dan explained on GB News.

“Does that just show out of touch she is? Given she’s a multi-millionaire actress who married into the Royal Family to live in palaces.

“[Then she] left the Royal Family to live in a $14 million California mansion. I mean, it was hardly a difficult journey, was it?”

Mandla urged Markle and others who want to compare themselves to the anti-apartheid activist to look further into his ideals and struggle against apartheid. 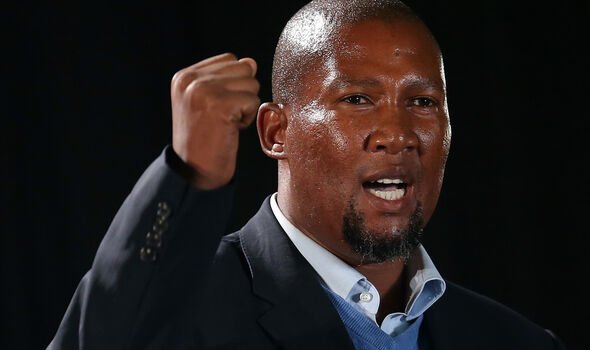 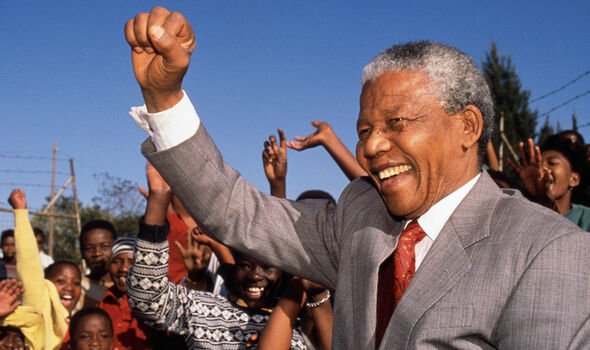 He said: “Many times we come across people who want to regard themselves as a Nelson Mandela, but don’t even understand the ideals and the principles Madiba championed.

“We have always said that before you can regard yourself as a Nelson Mandela you should look into the ideals and principles Madiba stood for.

“He was one who was very much appreciative of the most vulnerable in society, particularly women and children.

“And, therefore, he always taught us every society is judged and seen in the manner it treats its most vulnerable.”

“If Meghan wants to regard herself as a Nelson Mandela, she should be able to champion the causes that Madiba represented.”

He was also quoted in the MailOnline, saying: “Madiba’s celebration was based on overcoming 350 years of colonialism, with 60 years of a brutal apartheid regime in South Africa. So it cannot be equated to as the same.”

Mandla also assured Wootton he would be willing to meet with Markle to preserve the relationship between his family and the Sussexes.

“Absolutely,” he confirmed. “Because of the relationship my grandfather had with Her Majesty Queen Elizabeth, we as a family have always cherished the role they played in my grandfather’s life.

“I have many pictures of him with Her Majesty Queen Elizabeth and have always had fond memories of her.

“We, as a family, will always continue to hold the Royal Family in high regard.”

Markle’s husband Prince Harry recently gave a speech to the UN on Mandela Day, July 18, while in 2019 the Sussexes met with Mandela’s widow Graça Machel at the end of their tour of Africa.