Ridley episode 1 cast: Who is in the ITV series?

Ridley airs on ITV on Sunday and the series sees the titular detective become a consultant on a harrowing case. The former detective is called upon by his old protegee DI Carol Farman to help out. Express.co.uk has all you need to know about who is in the cast of the first episode.

Who is in the cast of Ridley?

After 25 years as a detective, Ridley has decided to throw in the towel and live as a private man.

Yet his life was thrown into chaos after his wife and daughter were murdered in an arson attack.

Ridley is played by Adrian Dunbar, a 64-year-old Northern Irish actor known for his roles in Line of Duty and Blood.

The actor will be showcasing his singing skills in his new series, which he had always wanted to do.

Carol was once taught by Ridley but she has taken a promotion and is now the top dog on the team.

She has a close relationship with her mentor and relies on him for his years of knowledge.

Carol is played by Bronagh Waugh, a 39-year-old Northern Irish actress known for her roles in Hollyoaks and The Fall.

She said of her new character: “DI Carol Farman is a really well-shaped and layered character.

“What I loved about her is she’s complex, she’s layered, and she’s really good at her job. She’s a brilliant detective, but she does things her own way.”

Paul comes across as smooth and approachable and he comes from a family of police officers.

The savvy detective has still been through a lot as a black police officer, having to work twice as hard to prove himself.

Paul is played by Terence Maynard, a 53-year-old English actor known for Coronation Street and Cursed.

Wendy is a pathologist and chief forensics officer who is respectable and prim.

But she is known for her first-class brain and her wry sense of humour, making her a valued member of the team.

She is played by Georgie Glen, a 66-year-old Scottish actress known for her roles in Call the Midwife and Calendar Girls. 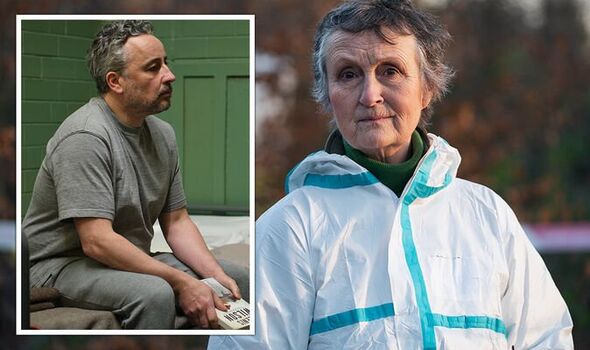 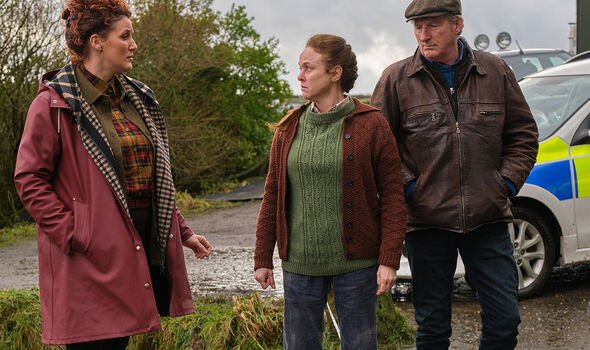 Darren Lakhan became a police officer after leaving the army and he has a troubled past.

The officer joined the force as a way of knuckling down and making a positive name for himself.

He is played by George Bukhari, known for his roles in Ordinary Lies and Years and Years.

Annie is the manager of Marling’s jazz club and she is great company as well as a hard worker.

She was best friends with Ridley’s wife and she and Ridley were drawn together by grief.

Annie is played by Julie Graham, a 57-year-old Scottish TV actress known for The Bletchley Circle and Benidorm.

He is played by Aidan McArdle, a 52-year-old Irish actor known for The Holiday and Clean Break.

Viewers may also recognise him from Red Election and The Trial of Christine Keeler.

Geri Farman-Hoyle is a part-time lecturer in Social Sciences at Salford University.

She is described as the glue that holds her family together.

Geri is played by Bhavna Limbachia, a 38-year-old actress known for Citizen Khan and Coronation Street.

She took to Instagram to share a snap of herself with co-star Adrian, saying: “Not forgetting the Gaffer! Always a pleasure (Hair swept back… totally different character- If you know, you know).” 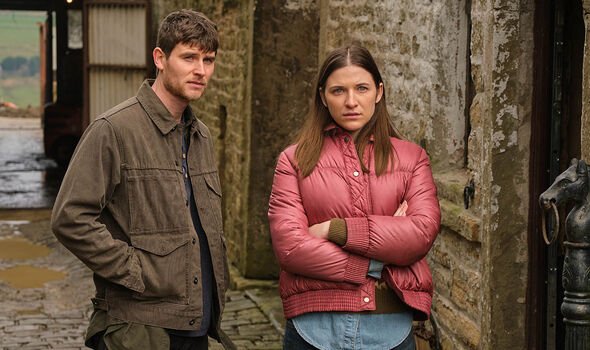 Kate is Ridley’s wife in the series and she died in tragic circumstances, leaving her husband at a loss.

She is played by Jacquetta May, a 62-year-old writer, actress and theatre director.

Viewers may recognise her for her roles in EastEnders, Get Real and Law & Order: London.

Jean Dixon is played by Elizabeth Berrington, a 52-year-old actress known for her roles in Waterloo Road and Stella.

Viewers may also recognise her from Moving Wallpaper and The Syndicate.

Moll Halpin is played by Jennifer Hennessy, a 52-year-old actress known for Lillies and South Riding.

She also starred in Dickensian, The Office and Two Pints of Lager and a Packet of Crisps.

As a child, she was part of the St Winifred’s School Choir which had a number one hit in 1980.

She started her career at the Edinburgh Fringe before moving to London to star in theatre productions.

Viewers may recognise her for Brief Encounter and Playing the Victim. 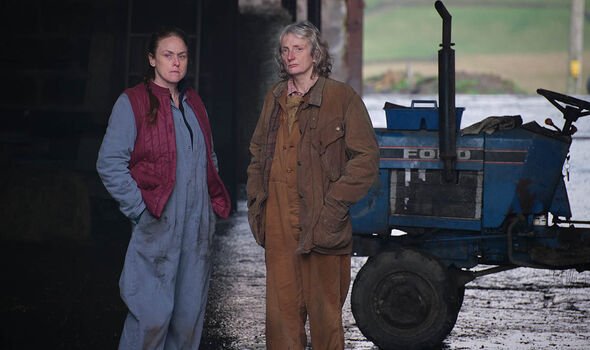 Penny is played by Erin Shanagher, an actress and producer known for The Bay and Peaky Blinders.

She played Fiona Baker in Viewpoint and various characters in the long-running series, Doctors.

On Twitter, she said she was “lucky to have been able to be a part of” the new Ridley series.

His other credits include Brookside, A Touch of Frost, Emmerdale and Benidorm.

Gill Moreland is played by Caroline Lee-Johnson, a Brish actress known for Chef! and The Knock.

She has also starred in a couple of films, including The Defender.

Steve is played by Conor Lowson, who is no stranger to the world of ITV detective dramas.

He starred in an episode of Brenda Blethyn’s Vera and has worked on The Bay as Jordan Rooney.

Fans may also recognise him from The Liberator and Small Axe. 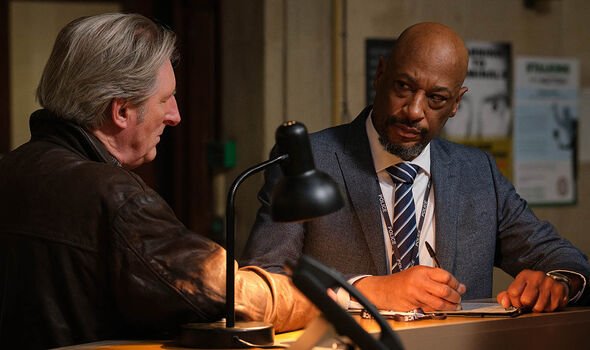 The synopsis for episode one reads: “When a local farmer is found dead, retired detective Alex Ridley is called upon by his former colleague and protegee DI Carol Farman to assist on an unsolved missing person’s case.

“As they delve deeper, they uncover another body, and a shocking secret.”

Ridley airs on ITV on Sunday at 8pm.