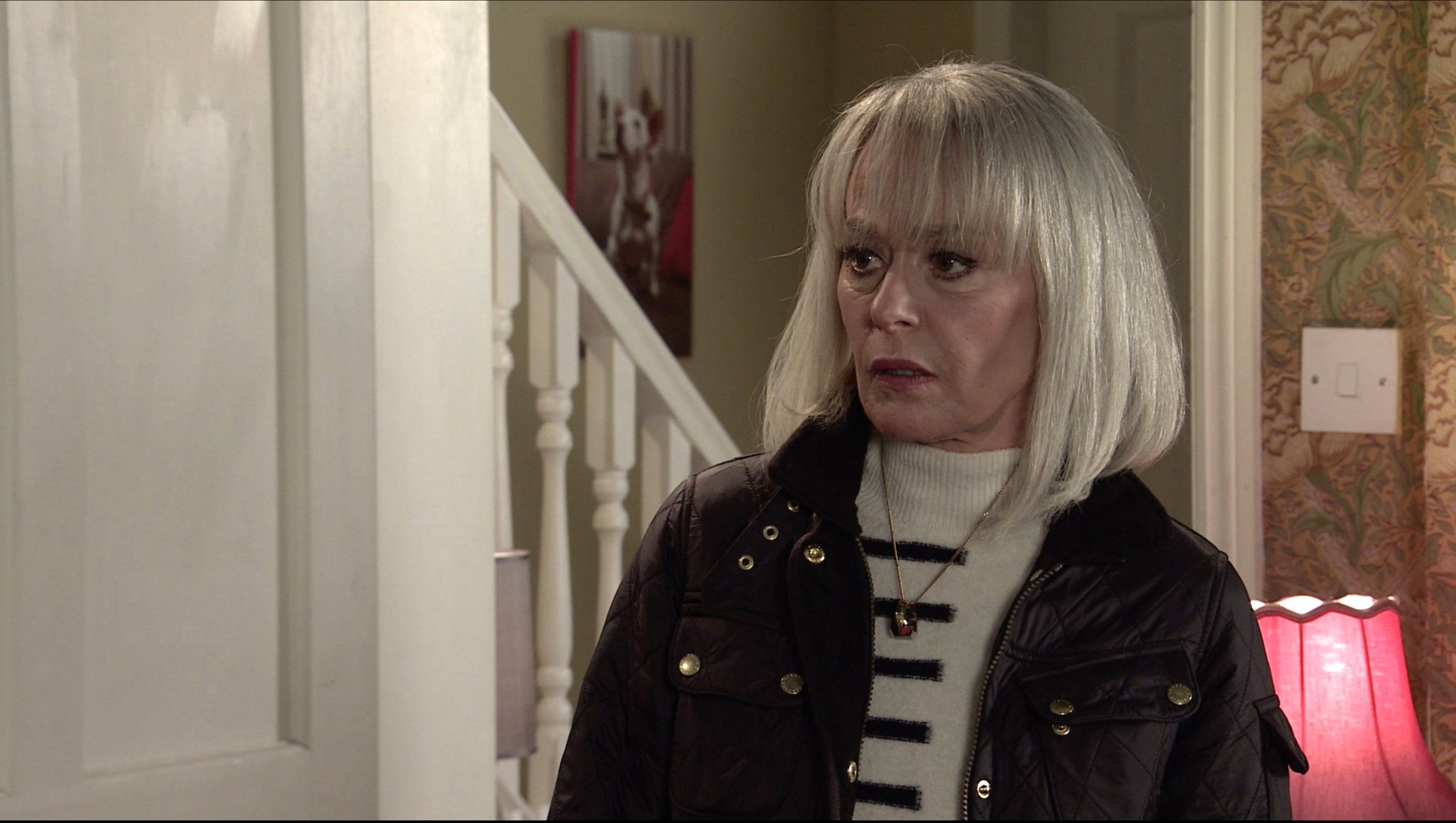 It soon became clear that Sharon had an ulterior motive for being back in Weatherfield, as Corrie’s boss Iain MacLeod described at the time. ‘It’s extremely exciting to see someone of Tracie’s calibre revisit a role so rich in history and with such a complicated psychology.

‘Sharon returns across some badly burned bridges to reconnect with Rita – but very quickly her presence becomes destabilising and extremely dangerous, in ways that I hope the viewers won’t see coming.’

One thing that neither the viewers or Jenny Bradley (Sally Ann Matthews) saw coming was the moment when she cornered Sharon after working out that she was related to crime lord Harvey Gaskell (Will Mellor).

To prevent Jenny from calling the police, Sharon pulled a taser from her handbag and shot Jenny with it. And as Jenny laid flat on the floor after being pumped with voltage, Sharon muttered the classic line, ‘’Ave it!’ and gave her a second blast. It was an iconic moment.

When Iain MacLeod was recently asked about the possibility of former characters returning to the show, there was one name on his lips.

‘What about Sharon? She is still out there,’ he said. ‘Tracie Bennett is a very busy in-demand actor, but Sharon definitely still exists out there.’

With the recent appearance of Damon Hay (Ciarán Griffiths) in the Street there’s a family connection there, too.

‘She’s not biologically related to Damon, who is Harvey’s half brother, but she is a wrong un who left with ambitions to take over the criminal underworld family business,’ Iain told us, confirming that, ‘It’s been discussed she might make a return. But there’s nothing on the table yet.

She gave her dog up due to homelessness. The shelter who found him helped reunite them

Should you file your own taxes or pay someone this tax season? Here's what to consider.
Celebrities Posts