Spoilers: Crisis of confidence for Dylan in Casualty as Marcus undermines him 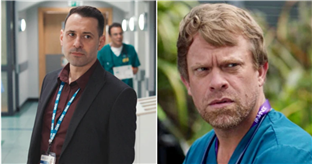 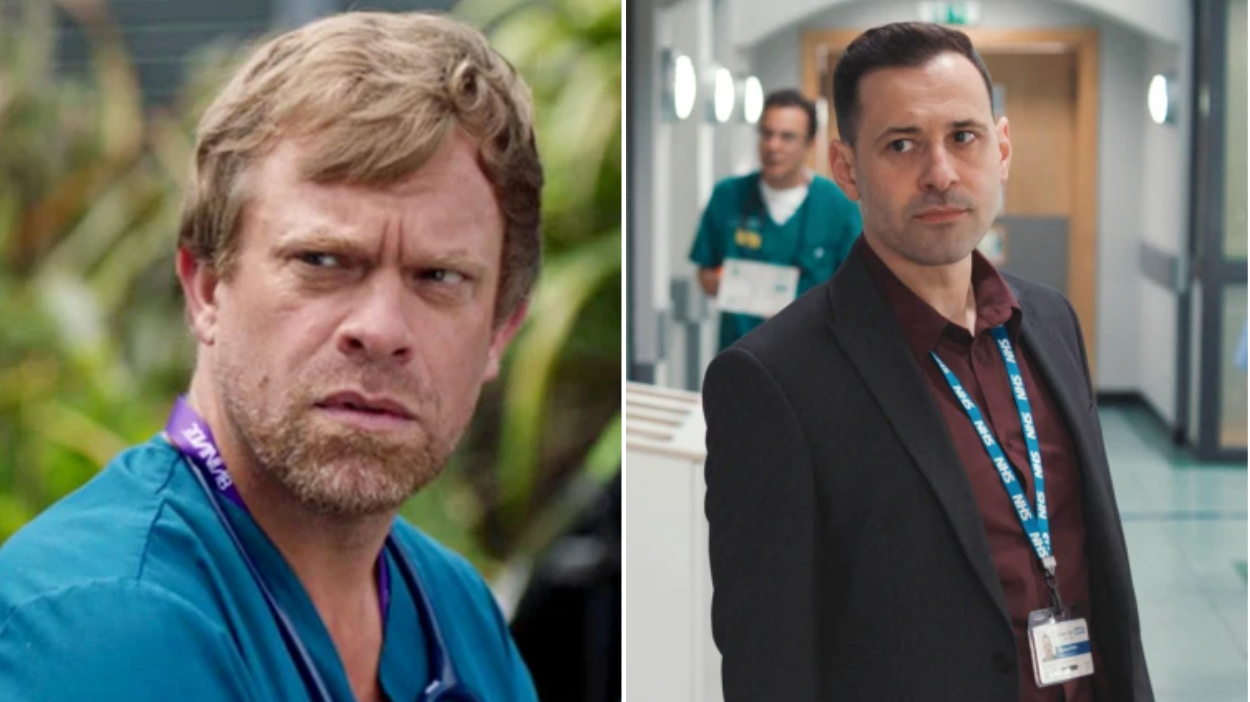 Casualty’s Dylan Keogh (William Beck) has always been the sort of clinical lead who is happier treating patients than dealing with the administrative and managerial sides of his job.

This has put him in direct conflict with new general manager Marcus Fidel (Adam Sina), who we know is also pursuing a secret agenda to install Stevie (Elinor Lawless) into Dylan’s job.

A board meeting in tonight’s episode didn’t go well for Dylan, as Marcus took every opportunity to undermine him by making out that Dylan didn’t support his team. The board members can’t have been impressed when Charlie (Derek Thompson) appeared to inform Dylan that a member of staff had been kidnapped.

The kidnap victim was Sah (Arin Smethurst), who’d been threatened with a knife by a desperate patient, Brian (Philip Correia), and made to drive Jan (Di Botcher)’s car to try to see Brian’s children. His wife was stopping him from seeing them because Brian was facing prison for driving while drunk and killing someone.

This was all resolved when Brian collapsed from the injuries that had brought him to the hospital in the first place and Sah brought him back to the ED.

While Dylan was worrying about what had happened to Sah he was also dealing with the usual pressures of a shift in the ED including an elderly patient, Betty (Leila Hoffman), who was dying and had asked him to be with her at the end.

The last thing he needed was Marcus wittering on about leaving the board meeting. Dylan declared the meeting was ‘A colossal waste of time’ and marched Marcus around the department to show him the realities of what they were dealing with.

‘I don’t know what your agenda is,’ he told Marcus, ‘But I’m not going to be made a fool by some jumped-up suit. Either support me or demote me.’

If only Marcus was his only problem, but Dylan also overheard Marty (Shaheen Jafargholi) and Paul (Paul Popplewell) talking about him. Paul was worried that the body-worn cameras that Marcus had issued them with (because it was cheaper than more security staff) had captured him slagging off Dylan. He said he felt bad, because Dylan was doing his best. ‘But what has he actually done to improve anything round here?’ Marty wondered.

This is the kind of crisis that calls for one of Charlie Fairhead’s famous pep talks, and that’s exactly what Dylan got. Charlie commented that Betty had been right when she said that Dylan had ‘Lost his sparkle.’ An unsparkling Dylan outlined all the problems he was facing. ‘Am I up to the job?’ he asked.

Charlie’s answer was that, just as Betty had been brave in facing up to the fact that she was dying and refused any more treatment, Dylan also needed to be brave. ‘We all need to be a bit more Betty,’ he said.

Of course there’s another way to interpret Charlie’s words. Was he telling Dylan to give up the struggle and know that he’s beaten? This is the problem when Charlie’s being enigmatic.

Elsewhere Sah’s dad Kevin (Gordon Peaston) was brought in to the ED after suffering another stroke. Sah battled with their feelings about their mum Jools (Alex Childs), who’d deserted the family when Kevin had his first stroke when Sah was only 15.