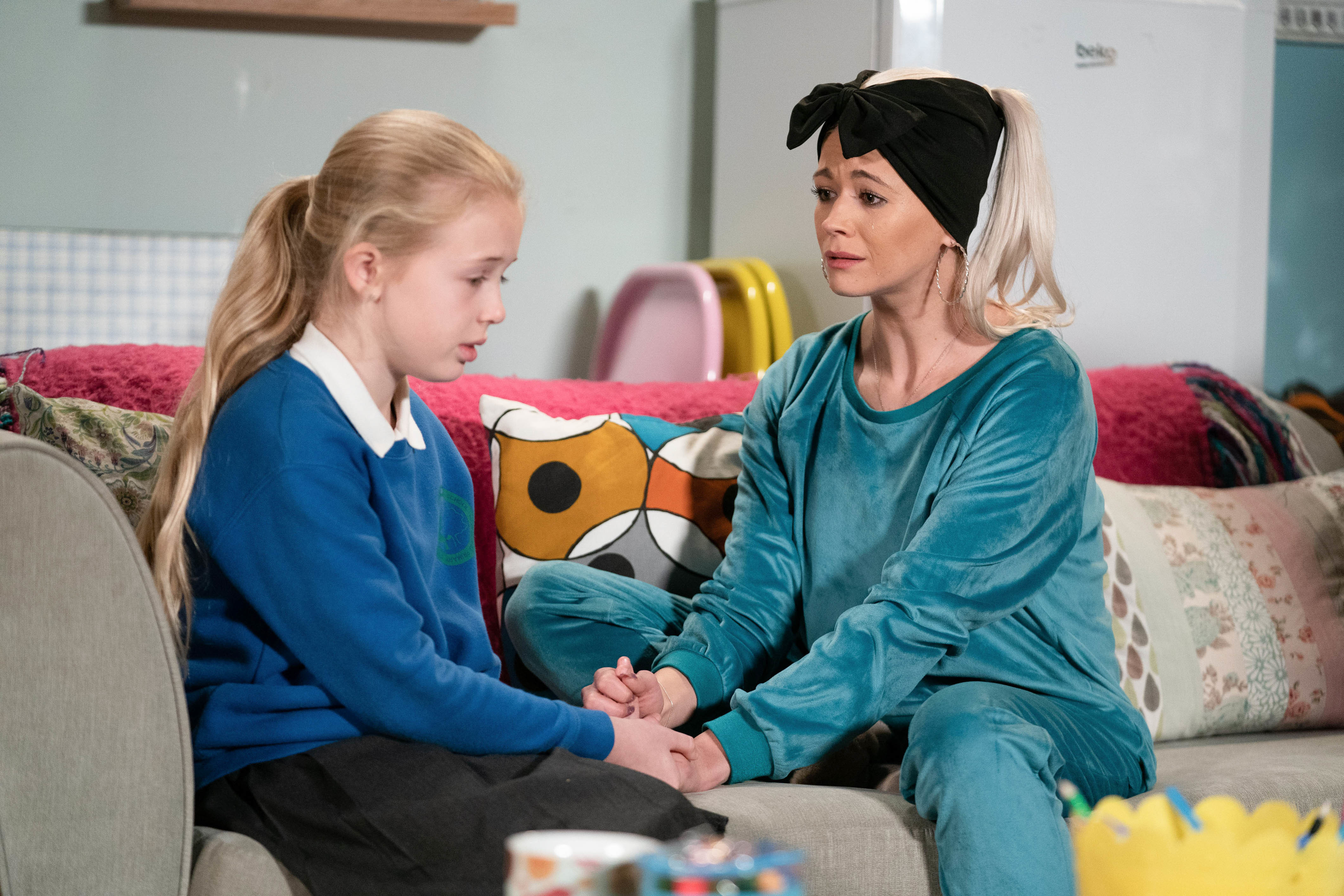 Lola Pearce (Danielle Harold) has been living with an incurable brain tumour in EastEnders for several months now, after an operation to remove it was unsuccessful.

Now, she is faced with the heart-breaking task of telling daughter Lexi (Isabella Brown) that she is going to die.

Lola decides that it is the right time to tell her after Lexi fakes being ill, in order to take time off school. The family soon discover that it is because she wants to be with her mum at all times, to support her until she gets better.

Knowing that she isn’t going to get better, Lola decides it is time to break the news to Lexi.

How will she react?

Actress Danielle Harold has previously praised Isabella Brown, who plays Lexi, for her work on this difficult storyline.

‘She’s just blown me away!’ She said. ‘Isabella is the best, I couldn’t have done it without her.

‘The way she’s been supporting me – she’s been my little rock. She writes me little letters in the day saying things like, ‘I know we’ve got some hard scenes to film today but I love you lots and we’ll get through them.’

‘She is my little best friend, I love her to bits. She’s dealt with it like an adult, so maturely and she understands what we are doing and why, she’s been great.’