AMC’s post-apocalyptic series The Walking Dead made its long-awaited return to screens with a thrilling look into the Commonwealth. With the fan-favourites still fighting for survival, the trailer for an upcoming episode hinted at Eugene Hermann (played by Josh McDermitt) falling into the hands of the Walkers.

WARNING: This article contains spoilers from The Walking Dead season 11.

The Walking Dead made its eagerly awaited comeback after the show aired its mid-season finale in April.

While viewers were thrilled with its return, the excitement quickly turned into devastation as it meant the show would soon come to an end with its last ever episode.

Fans were enthralled as chaos ensued in the Commonwealth after it was announced a swarm of Walkers were headed towards the town.

However, residents were unfazed as they protested and demanded justice for Sebastian Milton (Teo Rapp-Olsson) to pay for his crimes. 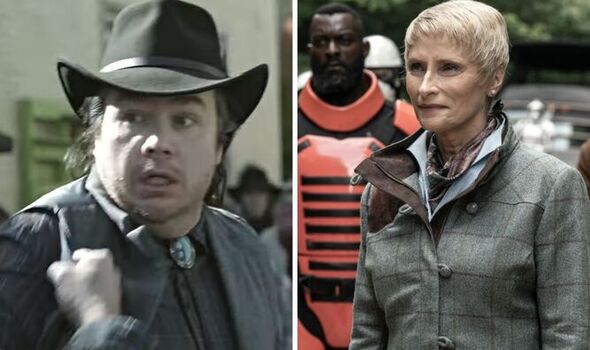 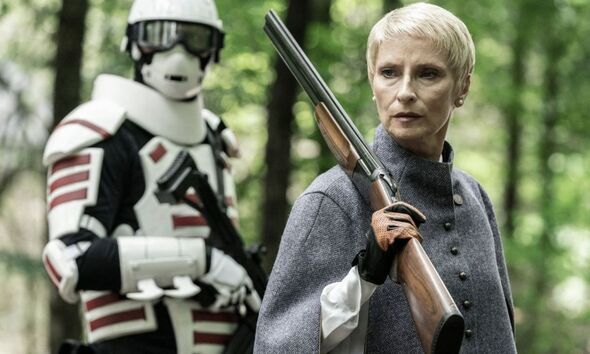 With episode 19 expected to air in two weeks, AMC released an action-packed trailer which previewed the Commonwealth residents running for their lives.

Mercer (Michael James Shaw) could be seen telling Lydia (Cassady McClincy): “Milton’s son’s dead and she wants Eugene for it.”

To which she responded with: “If they catch him, he’s dead.”

In the next clip, an emotional Eugene could be seen giving someone a tight hug and appearing to be saying his goodbyes. 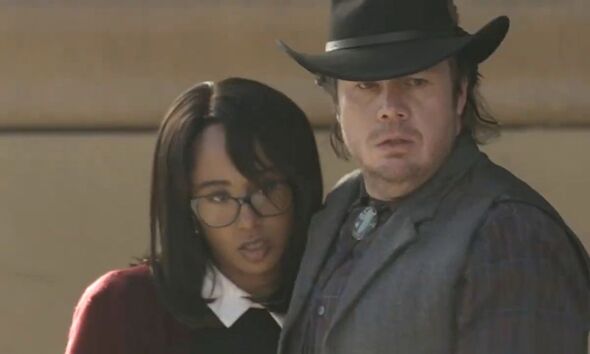 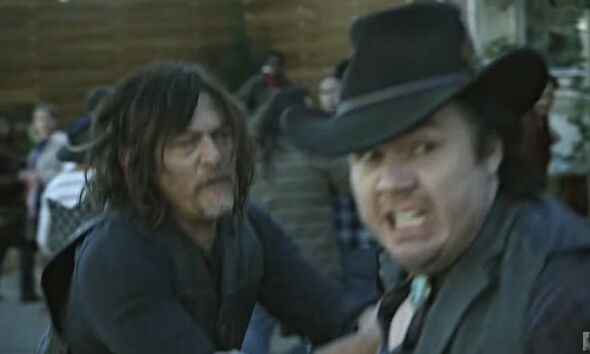 Elsewhere in the trailer, Daryl Dixon (Norman Reedus) was spotted encouraging Eugene to run away.

They were in the crowd of desperate people trying to run away from the Walkers when Eugene looked as though he wanted to turn back for someone.

However, Daryl was pulling him by his shirt and told him: “Let’s get you out of here.”

As he put up a fight, Eugene shouted back: “I’m not going to leave them.”

But Daryl wasn’t having any of it and continued to pull him to safety by his shirt.

With Mercer’s warning ringing in everyone’s ears plus the risky predicament Eugene finds himself in, could it spell the end for the long-serving character?

During episode 17, tensions began to rise as the Commonwealth went on lockdown but people refused and continued to protest.

As the swarm of Walkers made their way into the town chaos heightened with people running for survival, but Sebastian emerged and confronted Max Mercer (Margot Bingham).

As she struggled under his grip, Sebastian spotted a Walker approaching and with a sinister smile, he pushed Max in its direction.

While she tried to avoid getting bitten, her boyfriend Eugene spotted her among the commotions and rushed to her aide.

As he ran, he used full force to push the Walker off Max, which worked but then the zombie landed on top of Sebastian.

With a crown forming around him, Sebastian screamed and tried to wrestle the Walker off him.

However, this proved unsuccessful as it took a huge bit out of his neck and ultimately killed him.

As people witnessed Sebastian push the Walker onto Sebastian, Pamela Milton (Laila Robbins) will want the exact same revenge for her son’s death.