EXCLUSIVE: Iranian-British director and artist Mehdi Norowzian has just wrapped the Iran shoot of his new drama A Time In Eternity starring Venice 2022 jury member Leila Hatami, best known for her roles in A Separation, The Pig and Imagine.

The production marks the first feature in two decades for Norowzian, who was Oscar-nominated for his 1999 short film Killing Joe and shortly after directed Joseph Fiennes, Elizabeth Shue, Dennis Hopper and Sam Shepherd in the drama Leo.

In the interim, he built a career as a top commercials director, working closely with Ridley Scott’s RSA Films under the banner of [email protected]

Hatami stars as a woman who is on a relentless and potentially futile quest to track down her missing husband. In the backdrop, the situation puts untold pressure on her relationship with her 12-year-old daughter, while she is also dealing with the unwanted attention of her amorous brother-in-law.

Iran Denies Involvement In Salman Rushdie Attack, Instead Blaming 'The Satanic Verses' Author And "His Supporters"

Norowzian describes the work as a metaphysical drama bordering on sci-fi that taps into the societal dynamics at play in contemporary Iran.

“The sci-fi in the film has nothing to do with spaceships and aliens, its more to do with a different mind space more than anything else, and the mind space takes a real form in the film,” the director told Deadline from Iran.

The feature was shot over the course of 87 days entirely in Iran, in locations spanning the capital of Tehran, the UNESCO-listed island of Qeshm in the south of Iran, the ancient central desert town of Varzanehh and Mazandaran, the mountainous region of northern Iran, bordering the Caspian Sea. 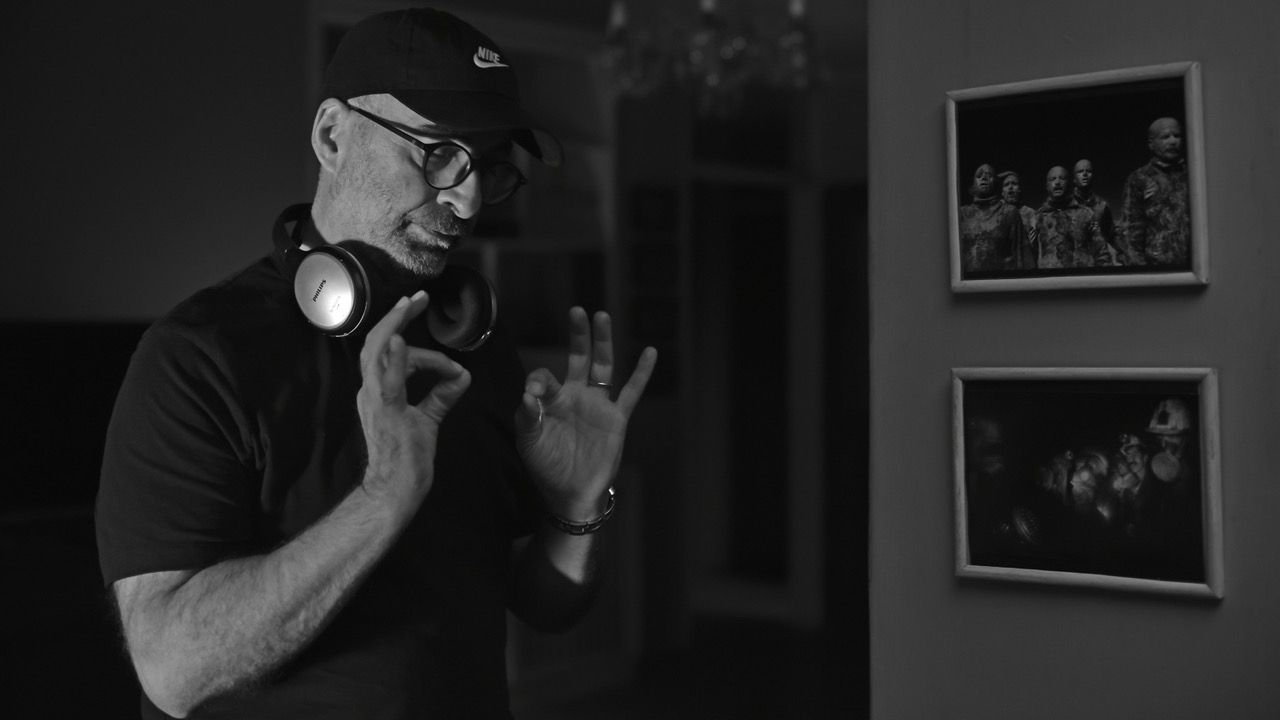 A Time In Eternity marks a homecoming production for 64-year-old Norowzian who was born in Iran but was packed off to London by his mother while in his teens to study fine art.

“I moved to London at the age of 16 but it has been my dream for the last seven, eight years to come back to Iran to do a film in Farsi, even if I knew it would be a challenge,” said the director.

“I wanted to go back to where I came from, to my smells and tastes. The film isn’t about the self-discovery of somebody going back home, it’s more about me operating in a home I left a long time ago. It has been very strange going back to it, but if it’s been an absolute ride of a lifetime.”

Norowzian credits award-winning actress and director Niki Karimi for connecting him with his co-writers Sepideh Ghorbani and Ali Asghari and helping him to lay down the framework to shoot in Iran.

The casting of Hatami was at the top of his wish list from the outset, he said: “It was always going to be Leila. It was never going to be anyone else. We wrote the character for her and fortunately, she accepted it.”

Talking about his 20-year absence from feature filmmaking, Norowzian says the move away from cinema happened by circumstance rather than by design.

“After I was nominated for an Oscar, there was a lot of Hollywood interest but I couldn’t get my head around the stuff that was being offered to me,” he said. “I think they came to me because I knew how to make something that looked interesting and good, but the subject matter came second.”

Having made a conscious decision to focus again on cinema, Norowzian has another four film and TV projects in development beyond A Time In Eternity.

They include the action-drama series about Cyrus the Great, founder of the first Persian empire, as well as two feature films: a cross-cultural love story set in London and Ireland and an alien love story. He is also working on an adaptation of the epic Iranian poem Shahnameh, or Book Of Kings.

“It’s a really Shakespearian, fascinating series of unbelievable stories. I am trying to modernize it and represent it in a way that’s suitable for a TV series that we can watch on our I-pads, but there is a whole bunch of other stuff that makes it a present-day subject,” explained Norowzian.