All cash no splash: Millions spent to save diving tower that no one can jump off

A historic diving tower at the centre of a $3.8 million restoration project in Melbourne’s south-east still can’t be used because of safety concerns.

The City of Stonnington spent years organising the restoration of the Harold Holt Swim Centre’s diving tower and pool, which closed for safety reasons in 2003. 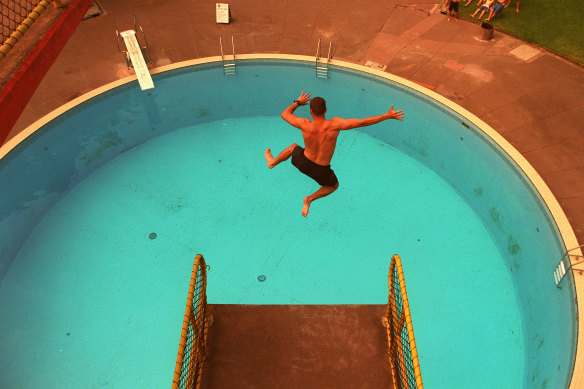 A swimmer jumps off the diving tower at the Harold Holt centre in 2003. Credit:Julian Kingma

But despite the millions spent on restoration, the council is hamstrung by heritage orders, which stop it from removing the diving tower or altering it to meet modern safety standards.

A spokeswoman for the council said the restored diving tower at the Glen Iris swim centre – named after former prime minister Harold Holt who disappeared while swimming near Portsea in December 1967 – “will remain as a monument to a bygone era”.

The council has installed new springboards above the same pool.

City of Stonnington mayor Jami Klisaris said it was disappointing the diving tower was unable to be used. 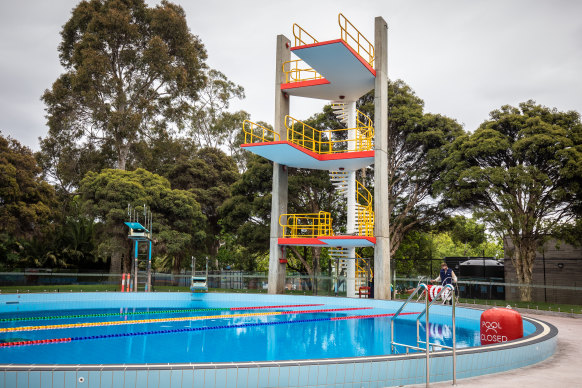 “Council tried pretty hard for a number of years … to really work with the heritage organisations and see what would be acceptable from their perspective but also allow diving to happen off the tower again,” she said.

“The changes we would need to have made to the tower would have just destroyed the heritage value of it. So, we were just unable to come to that middle ground, unfortunately.”

Klisaris said the spiral staircase attached to the tower was not compliant with safety standards and would have to be ripped off and reconfigured to be fit for use.

“Council was never going to be allowed to do that from a heritage perspective,” she said. “The heights of the platforms are not in line with today’s safety standards and diving standards … the bottom platform is too close, and the concrete does not reach far enough over the water.” 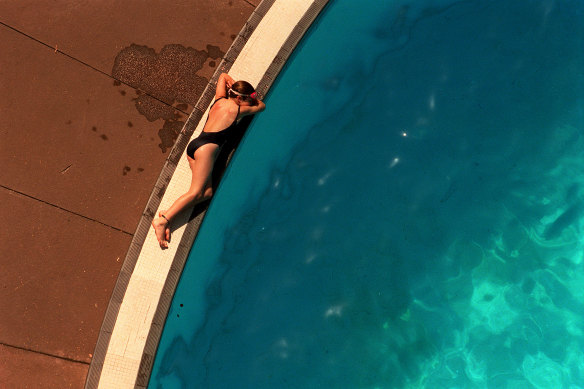 A swimmer relaxes by the diving pool in 2003. Credit:Julian Kingma

Even though the diving tower can’t be used, Klisaris said the restoration was still worthwhile because the tower “looked horrible” and was previously an eyesore.

Many people have been left frustrated by the restoration result, hundreds of whom signed a petition in 2013 calling for the diving pool and tower to be reopened.

Resident Vidson Koeda posted on social media about his disappointment that the diving tower could not be used.

“Such a shame that risk assessments, red tape and the nanny state mean that youth of today won’t know the thrills, joys and terrors of jumping from the top platform,” he said.

Stonnington councillor Alex Lew said he could remember jumping off the diving tower as a child, but it was now a “white elephant” for the council.

“If there was a desire to keep the diving tower as a museum piece possibly it could be moved,” he said. “I don’t think it serves the community to have a concrete diving tower there they can’t use.”

Lew said a balance needed to be struck between heritage and practicality.

“The MCG got rebuilt, Olympic Park got rebuilt,” he said. “These things are allowed modern standards but for whatever reason we were not able to get a new diving tower.”