The former chairman of Victoria’s triple-zero service was pressured to resign after asking the state government for a long-term solution to a funding method he said was fundamentally flawed.

Roger Leeming, who spent a decade on the board of the Emergency Services Telecommunications Agency (ESTA), told The Age that in 2015 he asked for about $30 million in ongoing funding, indexed to demand, to protect the agency’s performance.

Leeming said the government agreed to make a one-off, top-up payment so ESTA could operate that year but rejected the push to lock in funding over the medium term, spurring years of financial uncertainty.

“Every time we met [the government] we told them we were short of funds and something had to be done on a short and long-term basis,” Leeming said.

A report by the Inspector-General for Emergency Management, released on Saturday, found insufficient funding was the “main cause” of the agency’s inability to keep up with record demand for ambulances during a surge of calls during the COVID-19 pandemic.

The report described funding as “ad hoc”, with top-up funds routinely needed to keep the service operating. ESTA recorded financial losses for much of the past decade and the report said it was difficult for the agency to recruit extra workers and prepare for surge periods. 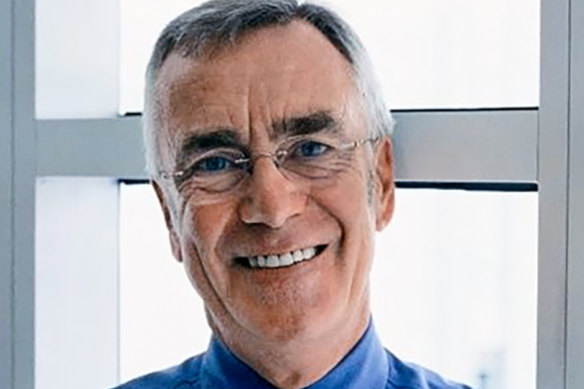 The report urged the government to create a long-term funding model. On Tuesday, Premier Daniel Andrews said his government was working to develop such an approach.

Thirty-three deaths have been linked to ambulance delays, although the report made no findings about whether faster intervention would have prevented them. That will be a matter for the coroner.

The triple-zero crisis prompted an apology from the premier after the opposition branded him a “coward” for taking three days to address the report.

Andrews said on Tuesday there was “no equivalence” between the organisation’s funding model and its inability to respond to an “unprecedented” surge in calls between December 2020 and May 2022, during the Delta and Omicron waves. 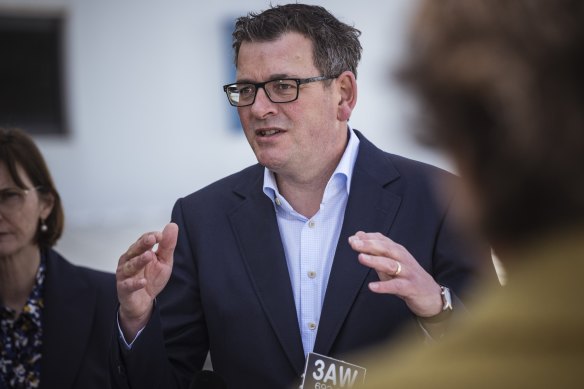 Premier Daniel Andrews speaks to the media at Frankston Hospital on Tuesday.Credit:Chris Hopkins

“Nothing in that model would avoid the system being overwhelmed by thousands of additional calls for day after day after day. That’s just a fact,” Andrews said.

“And it’s incredibly challenging, incredibly challenging and tragic. And that’s why we send, finally, our best wishes and our sincere condolences and sympathies to those families, but we apologise for a system that did not meet your needs.” Many systems around the world had been overwhelmed during the pandemic, he said.

The premier defended the decision to release the report on a Saturday during the first weekend of AFL finals.

“Cabinet dealt with [the report] on Friday afternoon. If it had been released … this week, then you’d be putting it to me that it had been sat on for a period of time,” Andrews said.

The government has committed to implement all the report’s findings.

Leeming, a former Victorian president of the Australian Industry Group, said the arguments over funding went back years. After pushing for a funding increase in 2015, he said that in a January 2016 meeting with a department secretary and then in a letter from the then-emergency services minister, the late Jane Garrett, it was “made very clear to me that I should resign”. He then did so.

He said he told the government many times something needed to be done about short and long-term funding.

“I said, ‘If you’re not going to find any more money, just tell me and I could run it [cheaper], but it would be at a lower performance level’. The immediate reaction was always, ‘No, no, we can’t reduce performance’,” he said.

Four of the nine ESTA directors handed in resignation letters in January 2016, the same month Leeming did. Two other directors had left the board a few months earlier.

The Age spoke to four sources with direct knowledge of the removal of the board. None would be identified, but each said the government pressured Leeming and other board members to resign. The sources included current and former ESTA directors and former government staff.

The Age does not suggest that the argument over funding was the only reason that Leeming and other directors lost the confidence of the government, only that it came months before his resignation.

A government spokeswoman said the government “made a decision to review the structure of the [board], after which time four board members resigned.”

Leeming said the only issue that had been raised with him before he was forced out surrounded an allegation ESTA hired staff without proper authority. He said he had a strong relationship with his minister and claimed a decision to turn over the board was made after a cabinet subcommittee meeting involving the premier.

In a letter to Garrett soon after he resigned, Leeming suggested the agency’s funding didn’t allow it to “provide a service that meets the expectations of the community”. A 2015 report by Deloitte, he said, showed ESTA needed more cash.

“The Deloitte review did, however, confirm what the ESTA board has said repeatedly over many years, and what has been supported by several similar reviews over recent years, i.e. that the funding model for ESTA is fundamentally flawed,” he wrote in the letter, provided to The Age by one of Leeming’s co-directors.

Sue Riley, from the Communications Workers Union, which represents some ESTA workers, said the agency was “sadly neglected for many years”.

“There’s a lot of blame going on with the pandemic, but they were behind the eight ball going into the pandemic,” she said.