BBC journalists are threatening strike action after the national broadcaster announced it would be axing some of its UK-based roles.

In an attempt to save on costs, the company said it would be merging the BBC News and BBC World News channels in favour of running a single 24-hour news service from April.

The cost-cutting measure, which aims to save £1.4 billion, will mean 70 roles will be axed in London, with the news channel’s team of presenters expected to be cut from 19 to five.

While jobs would be cut in the UK, 20 new positions would be created in Washington DC, including another anchor. 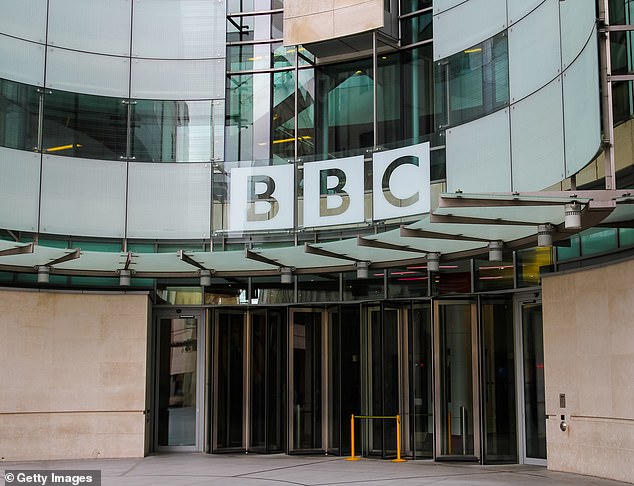 BBC journalists are threatening a walkout after the broadcaster announced it would be merging BBC News Channel and BBC World News in favour of a single 24-hour news service. The move will result in 70 UK-based jobs being axed next year.

The channel will broadcast from London during UK daytime hours but will be covered by Singapore and Washington overnight.

It comes as part of a series of money saving measures the broadcaster is implementing after Culture Secretary Nadine Dorries announced the licence fee would be frozen for the next two years.

The National Union of Journalists (NUJ) has opposed the plans and begun a consultative ballot with its members, asking if they would back a strike.

If the majority agree to a walkout, the threat of a ballot could then be used by the union during negotiations about merging the two channels.

Journalists at the company have raised concerns that the merging of the two channels will decrease domestic news output in the UK during a cost-of-living crisis.

‘A well-timed strike could show the value of the news channel,’ one source told The Times.

The threat of industrial action comes as a petition to ‘Save the BBC News Channel from closure’ was started over the weekend.

Since being created, it has already received more than 1,900 and has been liked and shared by former and present BBC journalists including veteran BBC journalist Sheetal Parmar, who left the corporation in May after 24 years. 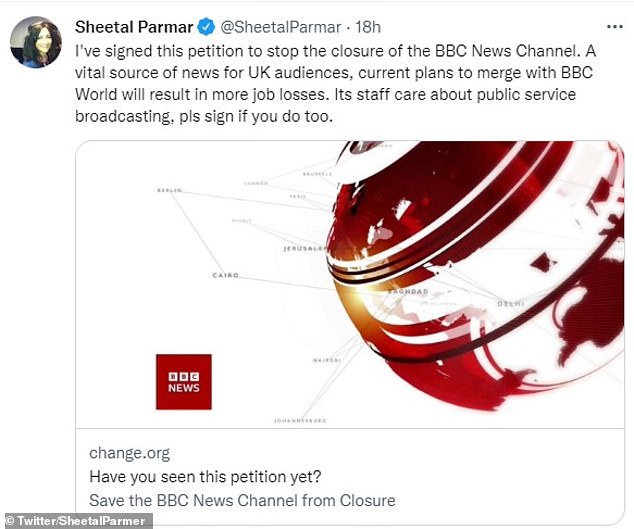 Sheetal Parmar, who worked at the BBC for 24 years, shared the petition on Twitter stating that BBC News Channel is a ‘vital source of news for UK audiences’, adding that the merger would result in more job losses.

Ms Parmar wrote on Twitter: ‘I’ve signed this petition to stop the closure of the BBC News Channel.

‘A vital source of news for UK audiences, current plans to merge with BBC World will result in more job losses.

‘Its staff care about public service broadcasting, please sign if you do too.’

The petition stated: ‘BBC management is claiming there’s been no pushback from viewers since the announcement about the planned merger in July.

‘However, it seems they may not have been entirely transparent with viewers about the extent to which UK news coverage will be cut back.’

Sarah Deech, who worked as a freelance journalist at the company, said on Twitter: ‘Domestic news coverage will be absolutely hammered if the merger of the BBC World and BBC News Channel goes ahead.’

Union members are being urged to support the walk out, however, employees are still fearful that by voting for industrial action the risk of them losing their job at the company could increase.

For strike action to go ahead, a formal mandate would be required.

Last month the BBC announced the end of BBC Four, Radio 4 Extra and CBBC as linear channels – they are expected to move to iPlayer in the next few years as part of the broadcaster’s plans to become ‘digital first’.

The BBC said it does not comment on consultative ballots.