Bills GM Brandon Beane takes shot at Bengals: 'Don't want to have to suck bad enough to have to get Ja'Marr Chase'

Two days after an emphatic early playoff exit at the hands of the the Cincinnati Bengals, the wound is still fresh in Buffalo.

The Buffalo Bills general manager spoke with reporters Tuesday in his end-of-season news conference on the heels of Buffalo's 27-10 loss. He was asked if Buffalo should "adapt to" Cincinnati's roster construction plan that allowed the Bengals to build a strong receiving corps.

His response included a not-so-subtle shot at the franchise that just beat his:

For context, this is the full Brandon Beane quote that included "I don't want to suck bad enough to have to get Ja'Maar Chase." in response to a question from @AdamBenigni.

"You gotta go through some lean years to do that."@WGRZ#BillsMafiapic.twitter.com/W9fBaYQbvR

"They have a good team," Beane said. "They right now are on the advantage of a rookie quarterback contract. They had some lean years, without having to get too much into their build.

"I don't want to suck bad enough to have to get Ja'Marr Chase. He's a heck of a talent. I would love to have him. But you gotta go through some lean years to do that."

Beane's point is clear even if expressed with a heavy dash of salt. The Bengals built their roster with the distinct advantage of playing Joe Burrow on a rookie contract that's paying him $36.1 million over four years before they inevitably exercise a fifth-year option for 2024 or sign him to an extension that will spike his salary.

Hitting on a rookie quarterback who excels early in his career is the ultimate NFL fast-track. Having a Pro Bowl-level quarterback on a discount in a salary-capped league allows spending elsewhere and opens a prime window for success. 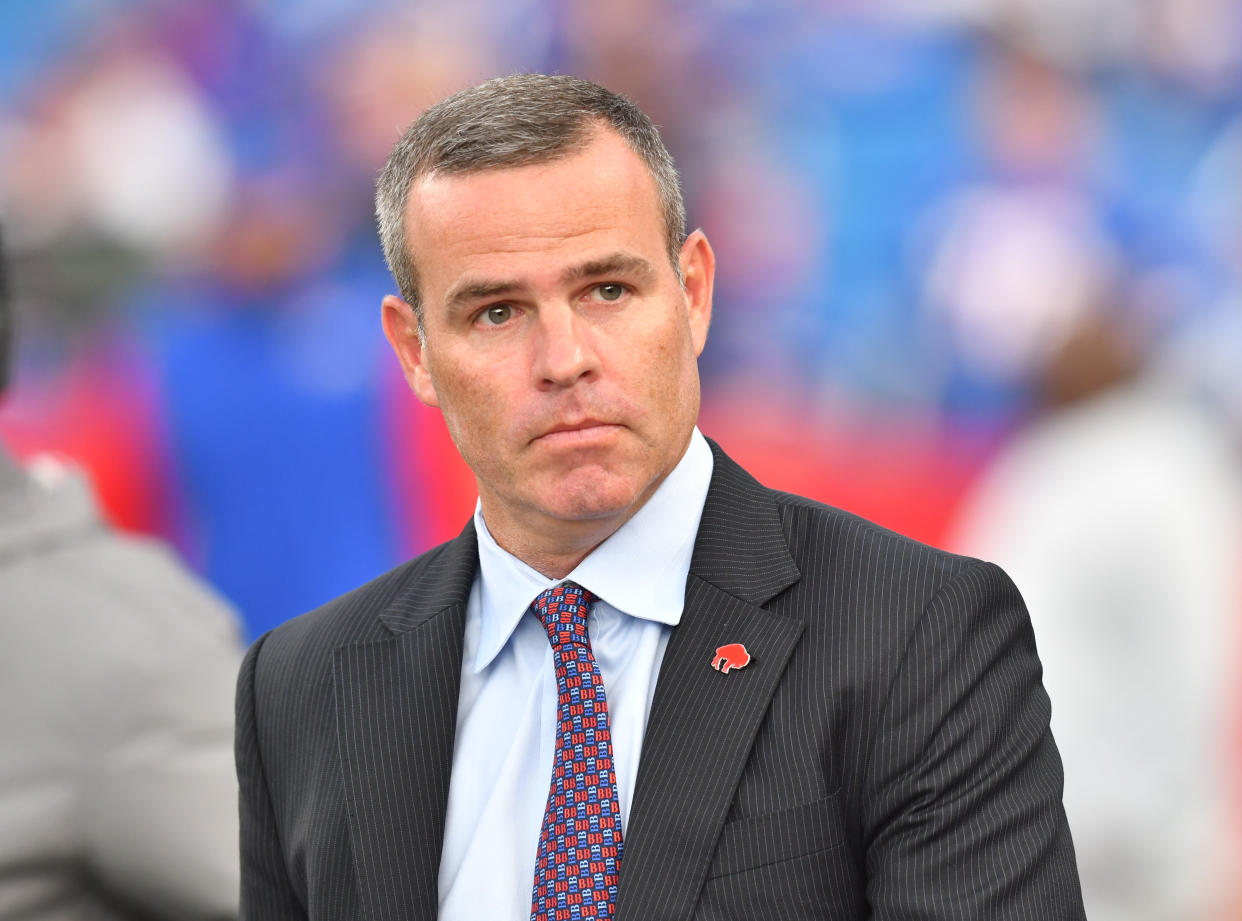 The Bills were in a similar position with Allen before he played on a $23.1 million option this season. He'll start the first year of a six-year, $258 million contract extension next season. The Bills' window to build around Allen for cheap is over, and Beane apparently wants to make that clear as Buffalo's roster construction is coming under fire ahead of a cap-strapped season.

The Bills were outmatched by the Bengals on both sides of the line of scrimmage, and the limitations of their receiving talent beyond All-Pro Stefon Diggs was on full display as they failed to score a touchdown through the air Sunday. They could clearly use upgrades in the trenches and at skill positions, hence the question about Cincinnati's superior receiving corps that features Chase, Tee Higgins and Tyler Boyd.

And yes, it's true the Bengals had to "suck" in order to procure the draft picks that secured Burrow first overall in the 2020 draft and Chase at No. 5 a year later. But now both of those players on rookie deals are powering a franchise that's a win away from its second straight Super Bowl.

The Bills, of course, had a similar window during Allen's rookie contract from 2018 to '21. They found success but not at the same level as the Bengals, who surpassed them in the AFC pecking order ahead of schedule. And the Bills won't be picking first or fifth overall anytime soon, meaning they'll have to get creative to procure their needed roster upgrades.

Beane said so himself while projecting Buffalo's cap hit as the roster's currently constructed at roughly $240 million for 2023. The NFL salary cap for next season projects to come in below that number.

"There’s not going to be a Von Miller signing," Beane said, per the Buffalo News. " … We’re going to be creative. We’re going to try and win. It’s up to me to figure it out. We have to hit on draft picks. We have to find low-cost free agents that can find roles, whether it’s a key backup, solid starter, whatever it is.”

The Bills will have to play their draft cards well. While it helps to have a prime pick, difference-making talent can be found beyond the draft's top 10 picks. The Minnesota Vikings found Justin Jefferson at No. 22 in the 2020 draft — a pick they secured from the Bills in the trade that sent Stefon Diggs to Buffalo. The Bengals selected Tee Higgins with the first pick of the second round of the very same draft.

The Bills will select No. 27 overall in April, a pick that will come under heavy scrutiny. With their window being right now, they'll be pressed to find a player who can make an immediate impact, whether in the trenches or at receiver.

They'll do so as they look to keep pace with the Chiefs and the Bengals, who don't project to suck again anytime soon.