We know who the home teams will be for the NFL’s international games in 2023.

The league said Thursday that the Buffalo Bills, Jacksonville Jaguars, Kansas City Chiefs, New England Patriots and Tennessee Titans would be among the teams that play in Europe next season. The Bills, Jaguars and Titans will all play in London while the Chiefs and Patriots will play in Germany.

Opponents for the five teams were not announced. All five European hosts are AFC teams because AFC teams have nine home games in 2023. With the exception of the Jaguars, who have an annual deal to play at London’s Wembley Stadium, the hosts for the 2022 NFL games were all NFC teams.

The Jaguars are the only team that’s playing at Wembley in 2023. The Bills and Titans will have games at Tottenham Hotspur Stadium in London. No sites were announced for the Chiefs and Patriots, though one team will play in Frankfurt and another will play in Munich.

The NFL hosted a regular-season game in Germany for the first time in 2022. That game featured the Seattle Seahawks and Tampa Bay Buccaneers. The Bucs and Chiefs were given the NFL’s “home marketing area” rights to Germany along with the Panthers and Seahawks, so it’s no surprise that Kansas City will be playing a game in Germany next season. Before the Seahawks were announced as Tampa’s opponent in Germany in 2022, the Week 4 game between the Chiefs and Buccaneers was rumored to be the NFL’s inaugural Germany game.

The Bills haven’t played a game internationally since 2015 when they lost 34-31 to the Jaguars in Wembley. The Bills hosted games at the Rogers Centre in Toronto from 2008-2013.

The Patriots played against the Raiders at the Azteca in Mexico City in 2017. Their Germany appearance will be the team’s fourth international game. The first came in 2009 when the Pats played the Bucs at Wembley.

The Titans are playing abroad for the first time since losing 20-19 to the Chargers at Wembley in 2018. That’s the only international game in Tennessee franchise history. 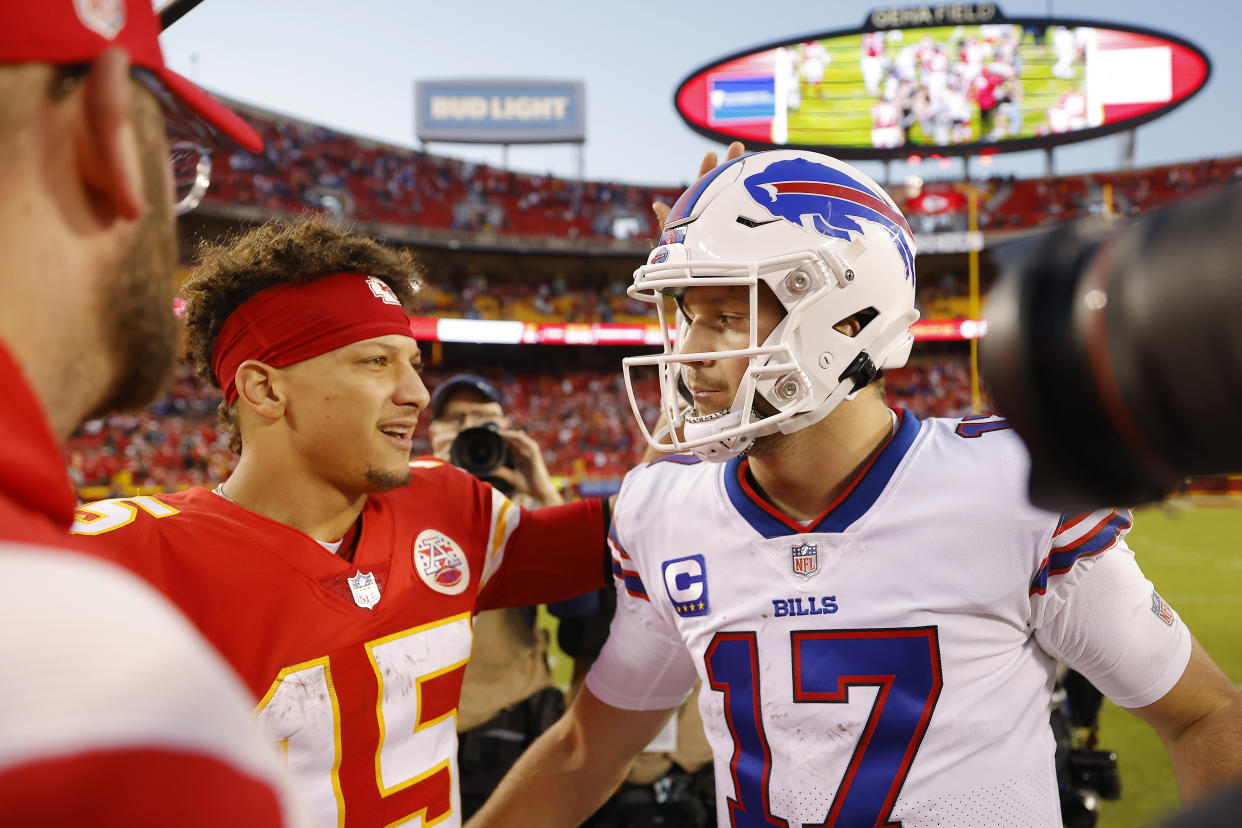