Black parent files civil rights lawsuit against LA school district after a COTTON FIELD was set up at elementary field to teach students about slavery, leaving her daughter, 14, ‘traumatized’

A black parent has filed a civil rights lawsuit over a cotton field set up outside a school it alleges was so that students could see what slavery was like.

Rashunda Pitts is suing the Los Angeles Unified School District and the Board of Education over the cotton field, set up in 2017, that she said ‘distressed’ her now 14-year-old daughter.

She also claimed that the school tried to lie to cover up the project after it had been exposed.

According to the lawsuit, the school’s social justice teacher explained that the project at Laurel Span School was to help students ‘gain a real-life experience as to what the African American slaves had endured.’

Pitts states that beginning in 2017, she noticed that her daughter, referred to only as ‘SW’, became ‘very quiet and reserved’ when she used to ‘vibrantly share her day with her mother.’

‘She has uncontrollable anxiety attacks and has experiences bouts of depression when she thinks about the cotton picking project,’ according to the suit, which also alleges negligence and seeks unspecified damages.

SW reportedly became more sullen and withdrawn as the 2017 academic year progressed, putting it down to tiredness. 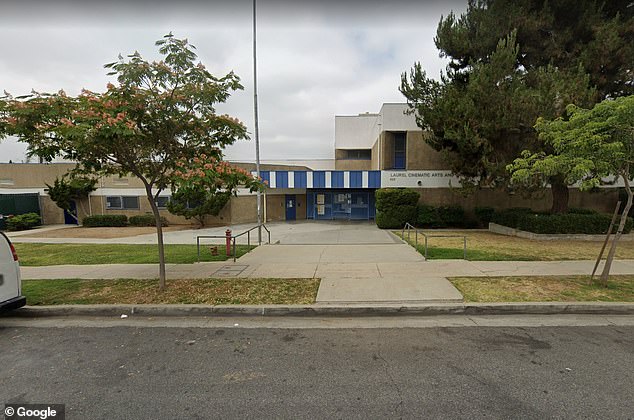 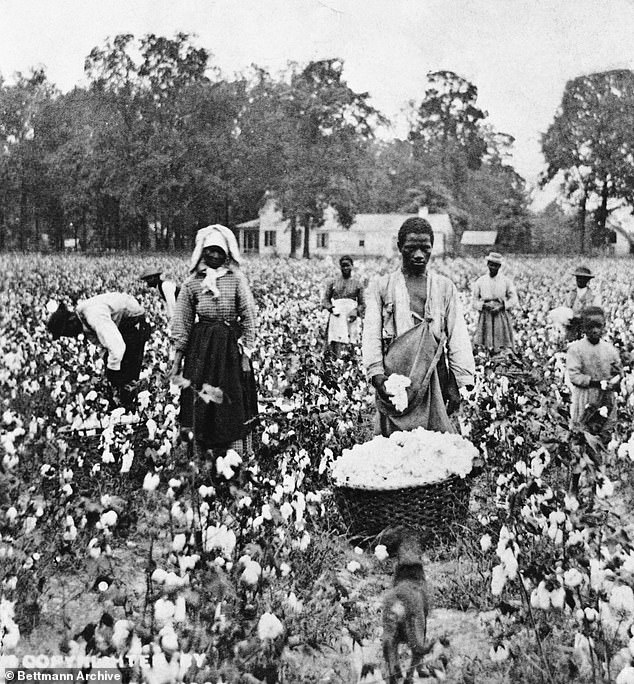 The daughter had ‘uncontrollable anxiety attacks and has experiences bouts of depression when she thinks about the cotton picking project’ according to the lawsuit. Pictured: African Americans pick cotton in a field in Georgia, date unknown

As Pitts was dropping off her daughter at the school one day, she saw the cotton field and connected it to her daughter’s mental state ‘when she thinks about the cotton picking project,’ the suit states.

‘Bewildered as to why a cotton field would be growing in Hollywood, let alone on public school property, she called the front office to speak with the principal about the cotton field,’ it says.

Instead she spoke with Assistant Principal Brian Wisniewski, who explained that SW’s class was reading Frederick Douglass’ autobiography.

He said that the cotton field was created so students could have a ‘real life experience’ of slavery, the lawsuit says.

‘Completely incensed with the idea that the school would have her daughter and other children pick cotton as a school exercise to identify with the real-life experience of African-American slaves, Ms. Pitts expressed her disappointment and hurt in regards to the culturally insensitive and incompetent project,’ according to the suit.

It seems that Wisniewski agreed with Pitts, and said that Principal Amy Diaz would reach out to her.

When Pitts demanded that they take down the cotton field within 24 hours, Diaz said they could not accommodate her so quickly, that it would take a week or two and that she could not make any promises.

SW claimed that students were required to work in the field picking the cotton and although she herself was not required to, she was required to watch her classmates do it.

She added that her daughter was reluctant to come forward about the inappropriateness of the project due to fear of retaliation from teachers which might hurt her grades, according to the lawsuit.

The suit alleges that the school did not provide permission forms to parents nor did they inform parents about the project.

Pitts went on to claim that the school tried to cover up its reenactment of slavery with the cotton field by issuing a public statement that contradicted the explanation she was given in person.

As a result, Pitts said her daughter was discriminated against on the basis of her race. 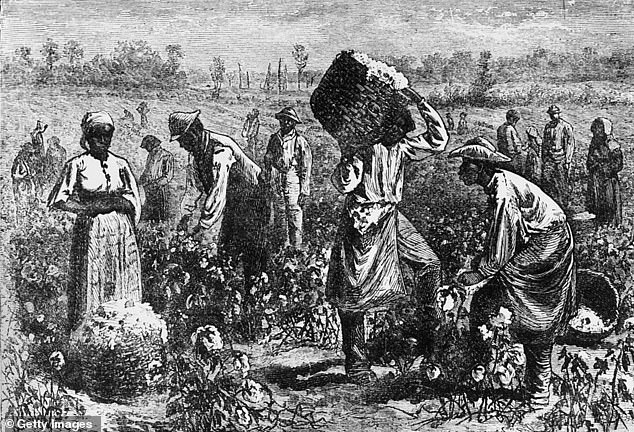 The mother claims that the school tried to cover up the ‘insensitive’ project by denying the children relived the experiences of slaves. Illustrated: Enslaved people picking cotton on a plantation circa 1800

The school district’s statement said that it regrets ‘that an instructional activity in the garden at Laurel School was construed as culturally insensitive,’ according to the lawsuit.

‘Tending to the garden where a variety of fruits, vegetables and other plants grow is a school-wide tradition that has been in place for years and has never been used as a tool to re-enact historical events,’ according to the statement.

‘When school administrators became aware of a parent’s concern about the cotton plant, they responded immediately by removing the plant.’

Pitts’ suit claims the statement is an acknowledgment that the cotton picking project was discriminatory and harmful to students, the suit goes on to say.

The school’s then-principal and social justice teacher were also named in the suit as defendants alongside the school and the board of education.

In the years since the project, the Laurel Span School has closed and been reopened under the name Laurel Cinematic Arts Creative Tech Magnet.