This is the horrific moment a bloodied Argentine fan is led away after a punch-up with Mexican fans in the stands at last night’s match between the two nations.

Footage of the punch-up appeared to show the Argentine fan lurching towards a rival supporter on the ground before another man wearing a Mexico top joined in the scrap and punched him repeatedly in the face.

The video of the bloody fight inside the Lusail Iconic Stadium in Qatar went viral overnight.

And now a new video has emerged showing an Argentinian supporter with blood on his face and shirt being escorted from the scene of the violence by security guards.

The unidentified fan, a middle-aged man, appeared to be trying to send a message from the mobile phone in his hand as he was taken away. 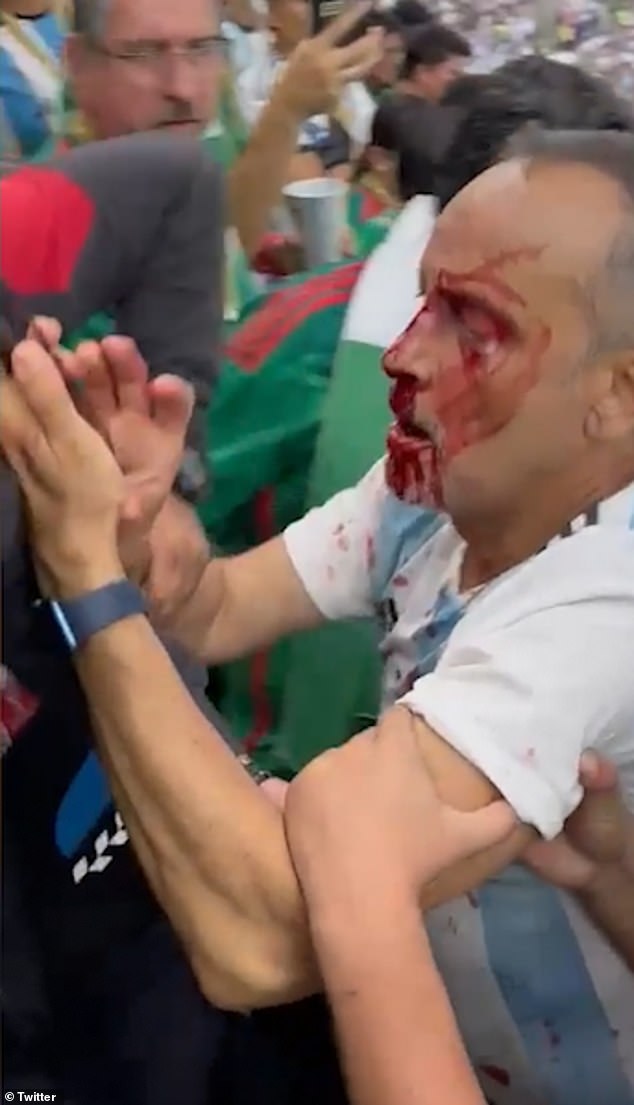 The face and shirt of the unidentified man was covered in blood, and seemed to be pouring out from his nose

It was not immediately clear this morning if he had been arrested.

A man describing himself as a pal of the bloodied Argentinian posted a photo of him online after the scrap, showing him with wounds on his face and dried blood on his neck and top, and wrote: ‘He’s a friend of mine, this is how they left him.’

He wrote on Twitter: ‘The Qatar government informs me no Mexicans have been arrested during the World Cup so far. Good!!’ 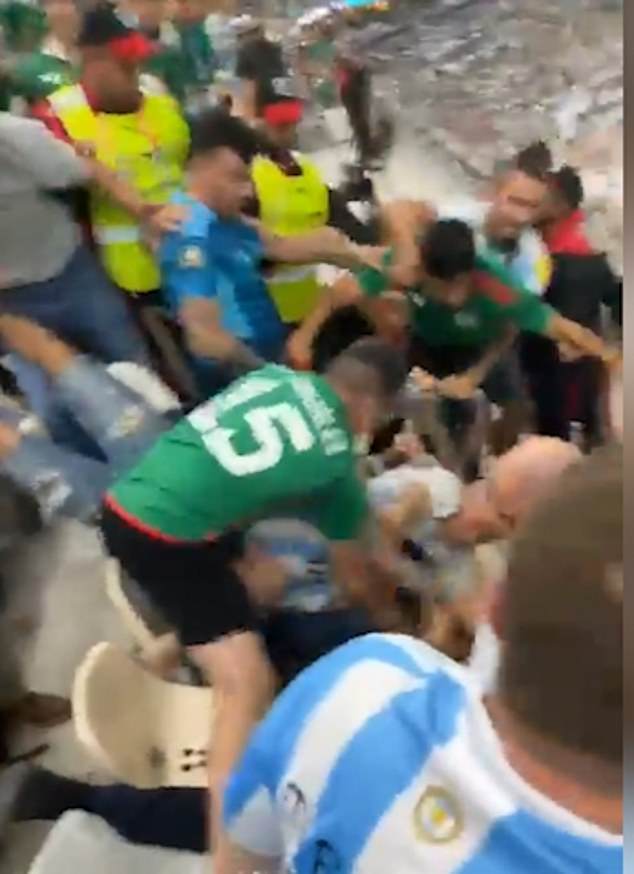 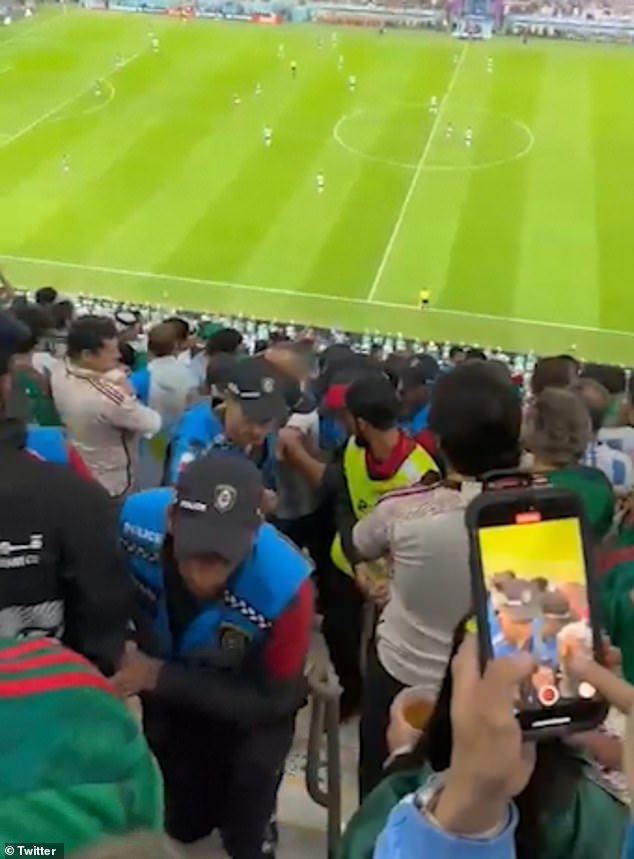 The stadium violence, which broke out after Argentina scored their second goal against Mexico in the tense group C match, occurred after a fight between the two sets of supporters on Wednesday night in a fan zone in Qatar.

Mexicans filmed themselves chanting ‘F##k Messi before the fans ended up coming to blows.

They enraged Argentinians on a bus in Doha they were travelling on together by chanting in Spanish ‘In the Falkland Islands they speak English.’

They referred to the disputed territory by their Spanish name Las Malvinas.

An angry Argentinian tried to stop them by approaching them on the bus where the video was filmed and shouting: ‘No, no. Not that. Stop it. I’ll let you get away with other things, but not that.’

But instead of managing to calm the Mexicans who clearly outnumbered the Argentines on the bus, they started singing louder led by a man in a baseball cap who was briefly involved in a heated finger-wagging exchange with the South American