Pictured: Cambridge physicist, 40, who was killed along with her father, 78, when Alfa Romeo ploughed into family of five on Ramsgate seafront in crash that has also left her young daughter fighting for life

This is the tragic mother killed alongside her father when a supercar ploughed into her Israeli family of five in Ramsgate.

Cambridge physicist Noga Hirshfeld died after the nightmare unfolded outside the multi-storey car park in Leopold Street last night at around 9.35pm when a black Alfa Romeo crashed into them as they stood at the side of the road.

Her father Yoram Hirshfeld, believed to be 78, was also killed after being injured in the crash.

A schoolgirl of primary school age also suffered serious injuries and was taken to a London hospital for treatment.

A man in his 40s and a boy of primary school age also sustained minor injuries. Police have confirmed that the family were not local to the area.

Marc-Pierre Campos, 56, who owns Marc-Pierre’s Kitchen, a restaurant near the crash site said the images of the incident will stay with him for the rest of his life.

He said: ‘There was a big loud bang and a crash and then customers and my staff went rushing down and started shouting for someone to call the emergency services.

‘I called them and they asked which service do you need and I said we need all three.

‘A fire brigade was needed to pull the car off the woman. And it was clear the police need to be involved too.

‘That image will stay with me for the rest of my life.’

Anastasiya, 42, who didn’t want to give her second name, said: ‘It was a big crash. A car was driving down the road while people were waiting for the bus.

‘I was there just after it happened and called the ambulance and the police and they came really quickly. They arrived around 10pm.

‘The police have told us the family were from Israel.’

Anastasiya, who has lived in Ramsgate for five years and works nearby the crash site, said she saw the fire brigade lifting the car off a woman before medics tried to resuscitate her with CPR.

She said: ‘The mum was under the car and the fire brigade used a fork lift to get her out.

‘They then did CPR on her but she had no chance of surviving.

‘They tried but she was already dead.’ 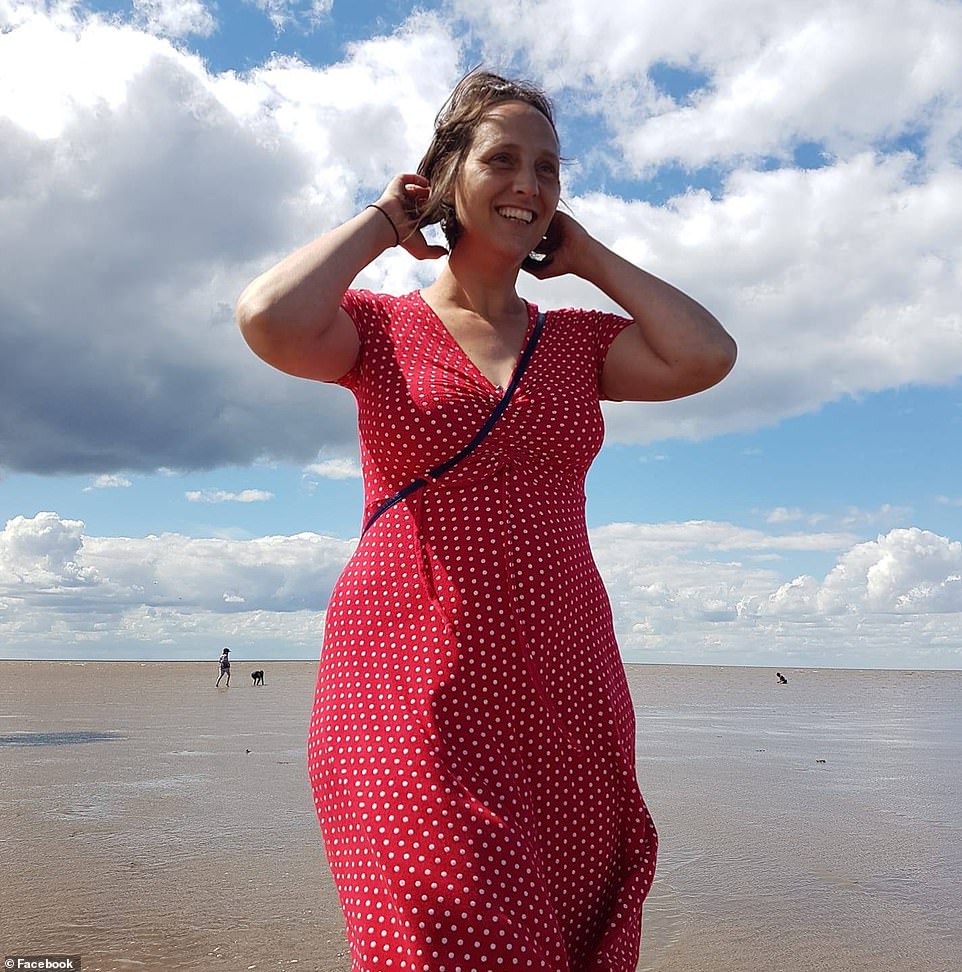 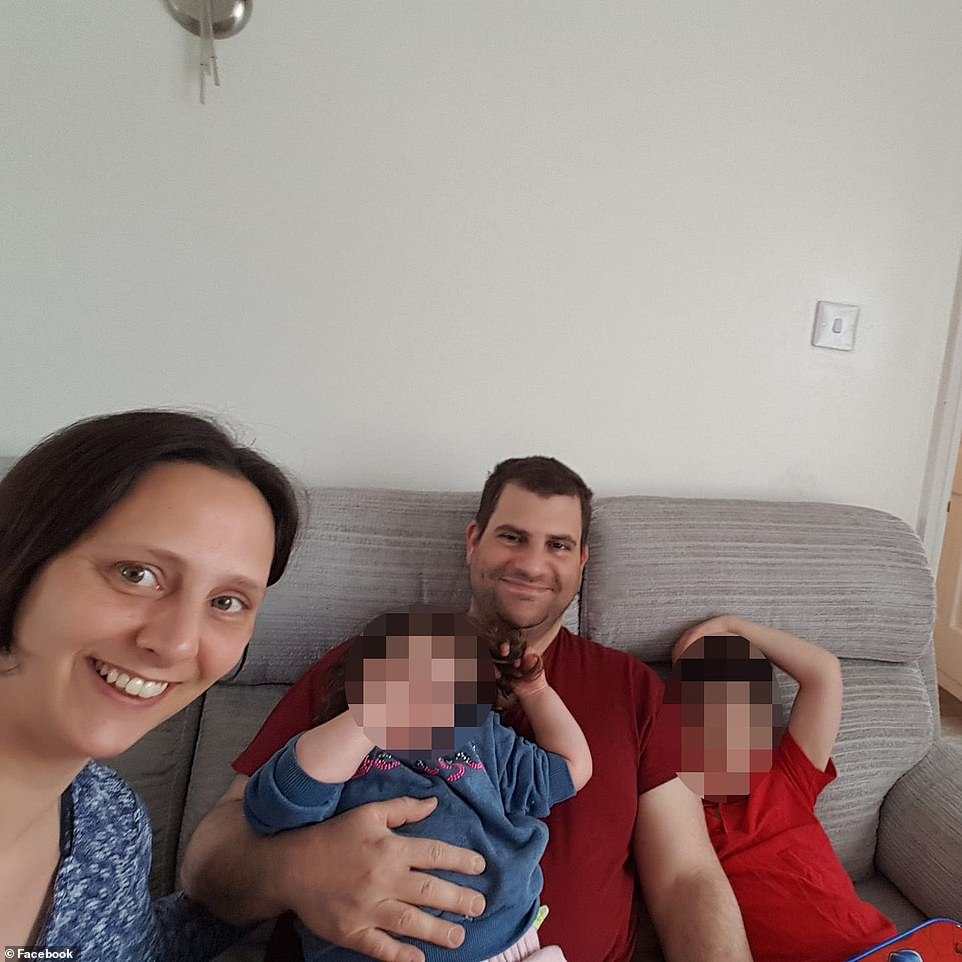 The tragic mother was killed alongside her father when a supercar ploughed into her Israeli family of five in Ramsgate, Kent 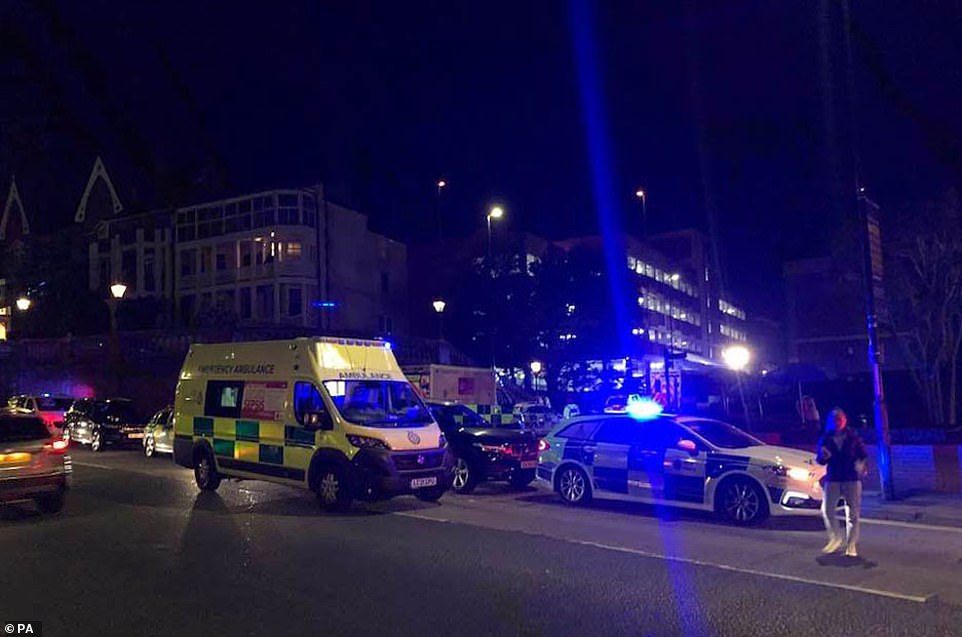 The scene outside a multi-storey car park in Ramsgate, where a man aged in his 80s and a woman in her 30s died after a black Alfa Romeo collided with five pedestrians on Wednesday night 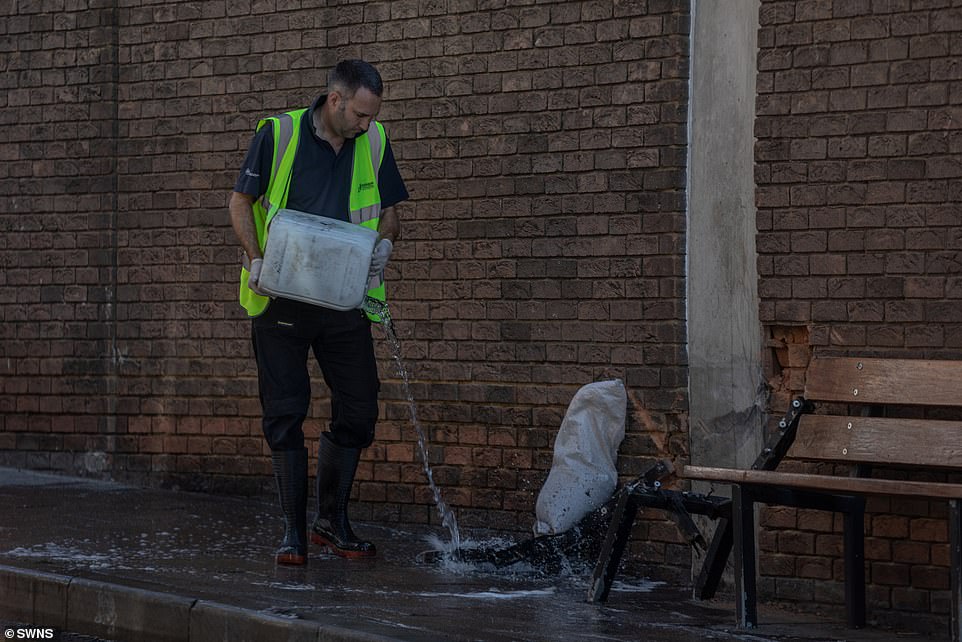 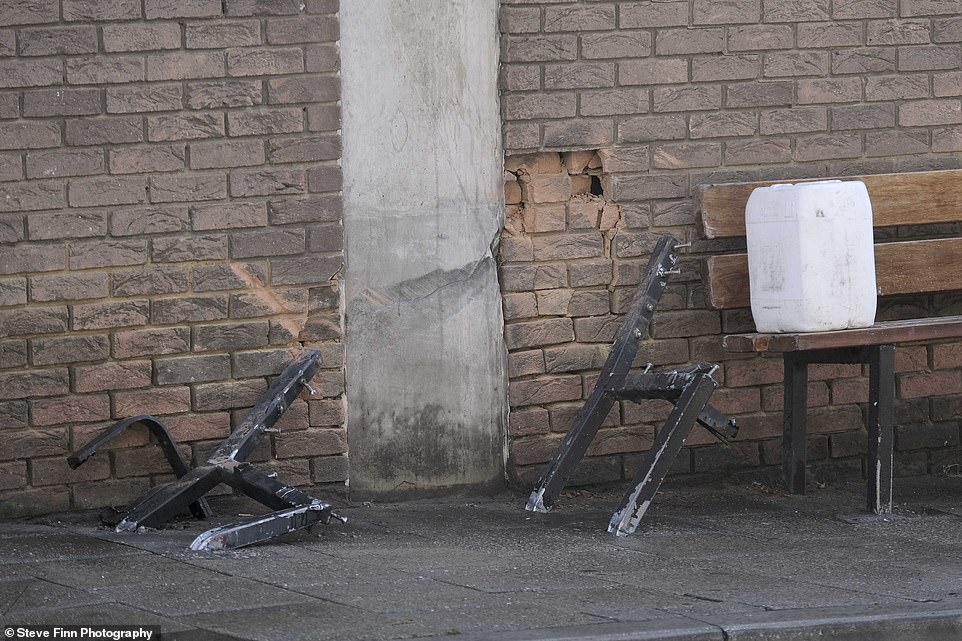 The family were understood to have been sat on a bench when the terrible tragedy happened, the seat remains this morning 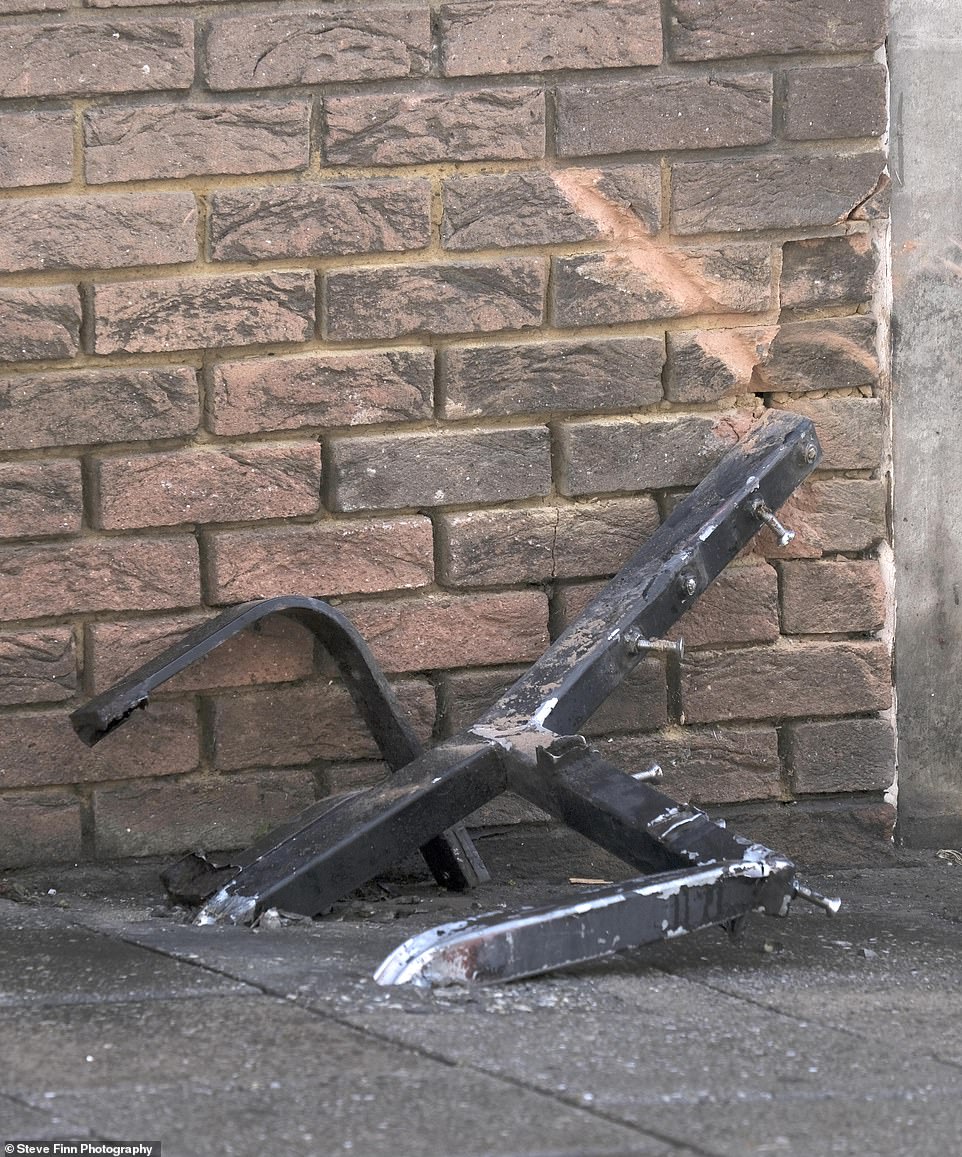 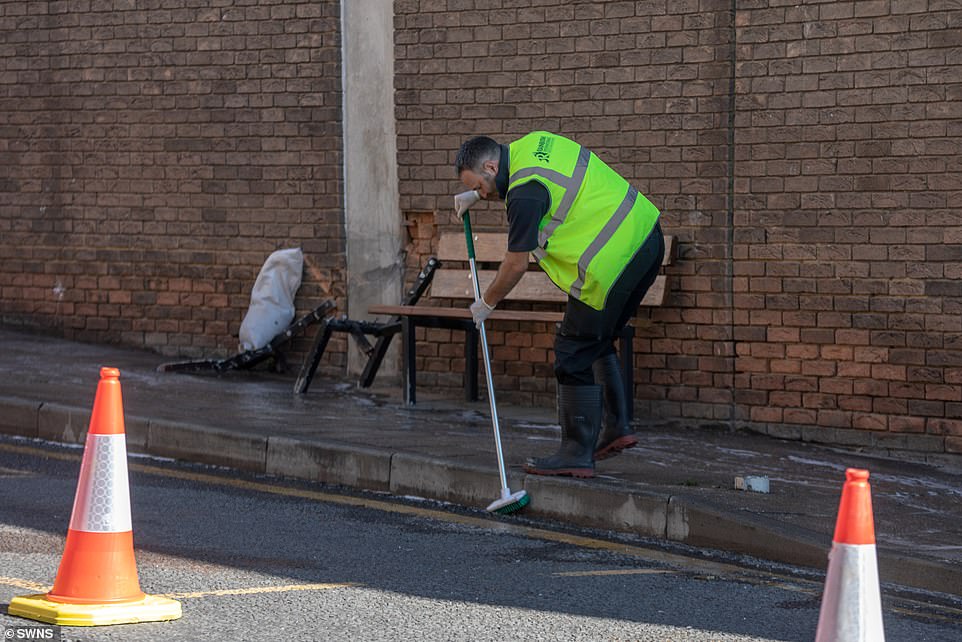 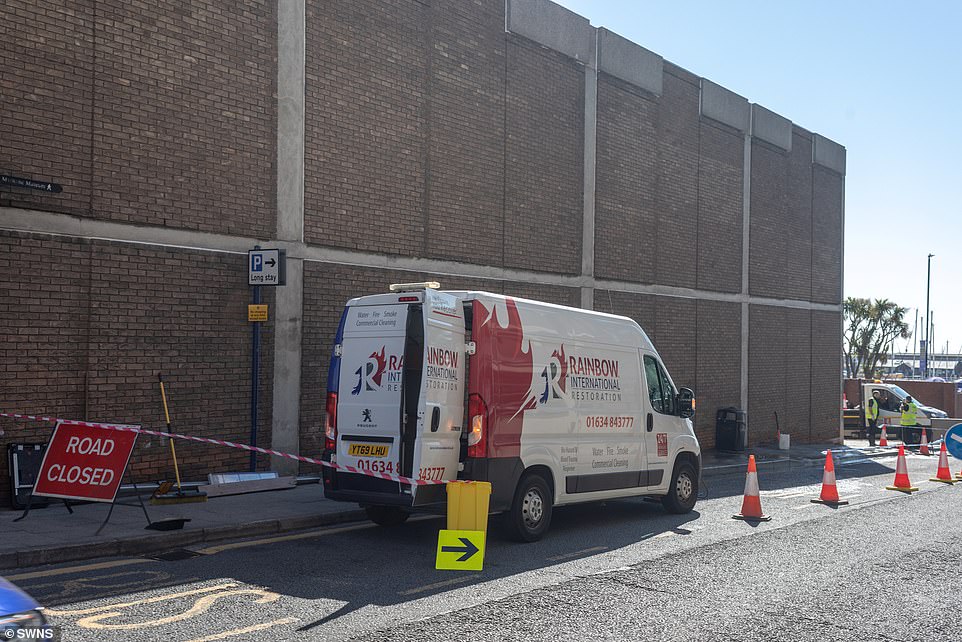 This morning an area of the street where the crash took place has been taped off.

A wall opposite the entrance to a multi-storey car park has been damaged and a road sign knocked to the floor.

A bench has also been removed in the wake of the accident.

Mayor of Ramsgate Cllr Raushan Ara, who has a business nearby, said her heart goes out to the family.

Reacting to the tragedy, she said: ‘It’s so sad. I was frightened last night because there so many police cars and ambulances – and the fire engines were going up and down until 11pm.’

Cllr Ara added that the incident reinforces the need for ‘speed controls’ in the town, reducing the limit to 20mph.

She added: ‘We have been fighting for this for many years.’ 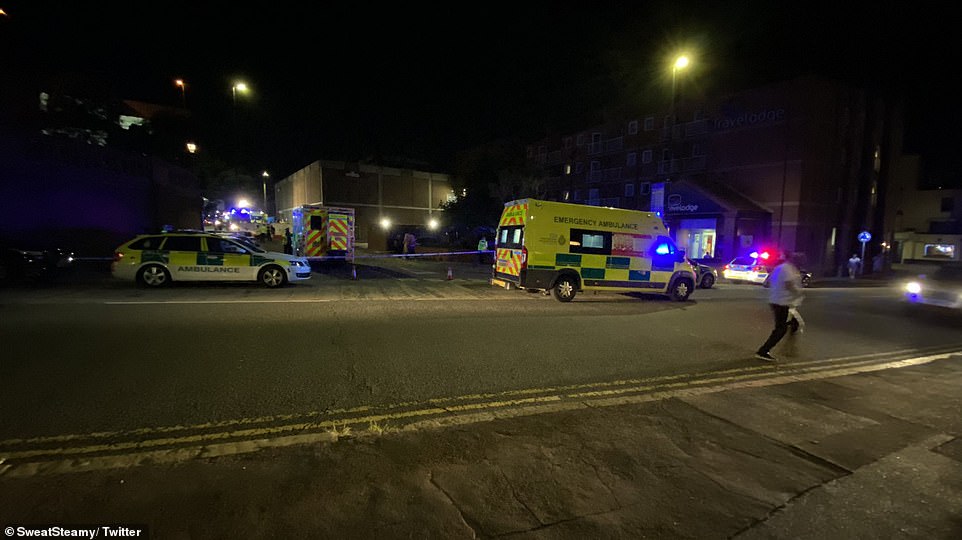 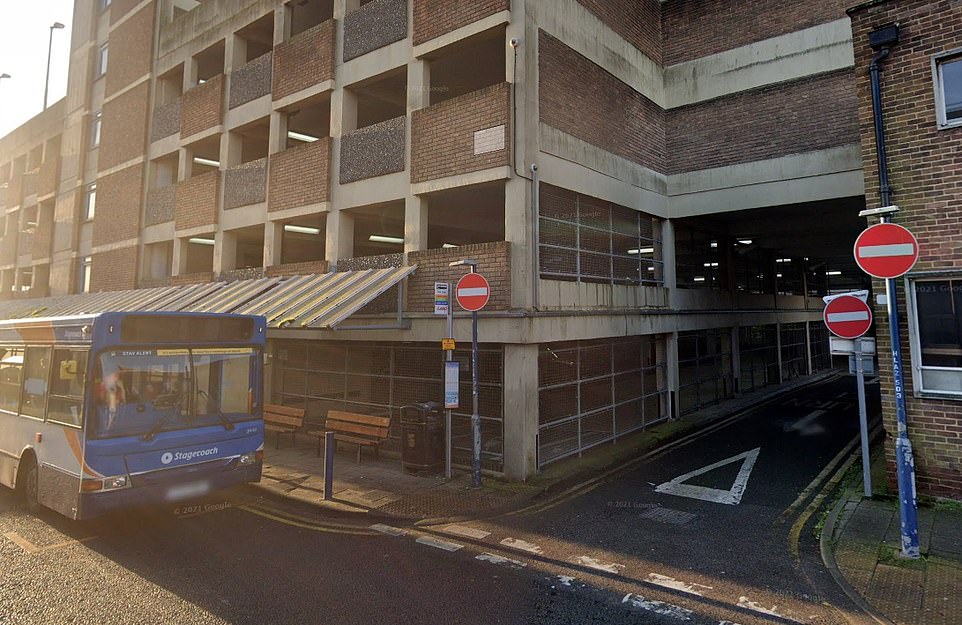 It unfolded outside the multi-storey car park in Leopold Street last night at around 9.35pm

Cllr Ara is holding a vigil at the scene of the crash at 7pm this evening.

A spokesman for Kent Police said: ‘Officers attended and a 30-year-old man from Ramsgate was arrested on suspicion of causing death by dangerous driving and leaving the scene of a collision.

‘He is also currently receiving hospital treatment for minor injuries.

‘Enquiries into the incident are being carried out by officers from the Serious Collision Investigation Unit who are keen to hear from any witnesses, local businesses with CCTV evidence or drivers with relevant dashcam footage.’