Hong Kong’s commitment to zero-Covid has been laid bare in a new propaganda video which shows schoolgirls wearing double face masks while they play the flute.

The video, which was released by Hong Kong’s Education Bureau ahead of China’s National Day on October 1, has drawn ridicule online.

More than 400 schoolchildren were invited to participate in the five-minute long advert titled ‘Young China Says’, which shows them participating in a variety of artistic activities from singing to martial arts, all while wearing face masks.

At the 45-second mark, the video shows two schoolgirls with cumbersome double masks which have a gap for the mouth and a secondary flap covering their flutes.

Social media users have expressed their bemusement online, with the South China Morning Post correspondent Jeffie Lam writing: ‘This city never fails to surprise me,’ along with the hashtag #maskingtilltheendoftheworld.

The video release came as Hong Kong announced earlier this week that Covid restrictions, including social distancing, mask wearing in public places and digital health codes to enter public venues, would remain in place for at least another two weeks. 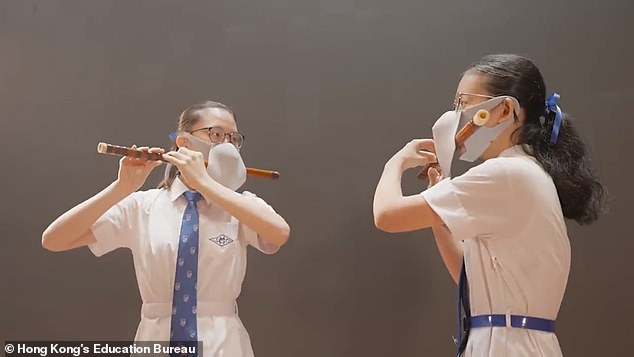 Despite trying to follow China’s lead in aiming for zero-Covid, Hong Kong has had a lot more difficulty than the mainland in trying to contain the virus.

Like China, Singapore, New Zealand and Taiwan, Hong Kong’s travel curbs helped stamp out the virus in 2020 as the pandemic left a wave of death across much of the rest of the globe.

But as an international hub, Hong Kong struggled to keep the virus out indefinitely and could not deploy the kind of city-wide lockdowns used on the authoritarian mainland.

The Omicron variant ripped through mostly unvaccinated elderly victims, overwhelming hospitals that were not adequately prepared.

Despite the tough travel curbs and social distancing rules, Hong Kong had one of the world’s highest per capita fatality rates, with nearly 10,000 deaths in a population of 7.4 million. 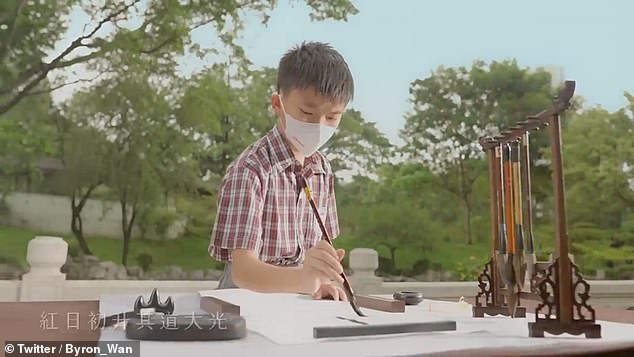 The advert shows schoolchildren, all wearing masks, participating in variety of artistic activities from calligraphy to martial arts 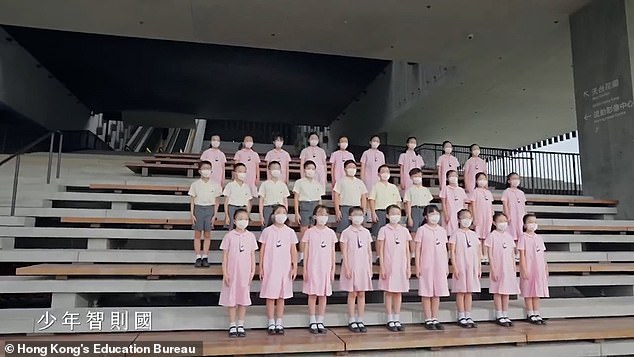 And the tough restrictions have had a significant impact on Hong Kong’s economy, with the city currently in a technical recession- two consecutive quarters of negative growth.

But people in Hong Kong saw a glimmer of hope for the easing of Covid restrictions yesterday when the city finally announced it would end hotel quarantine which has battered the economy and kept the finance hub internationally isolated.

The long-awaited move brings relief to residents and businesses clamouring for the city to rejoin the rest of the world in resuming unhindered travel and living with Covid-19.

The announcement leaves mainland China as the only major economy to still have lengthy quarantine for international arrivals.

Chief Executive John Lee said the current three days of hotel quarantine would be reduced to zero for those arriving from overseas. 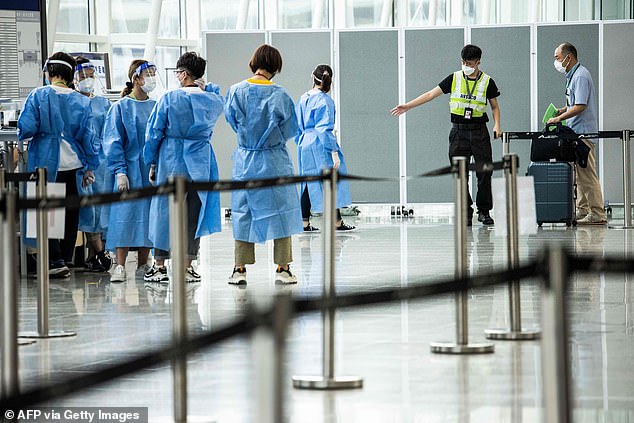 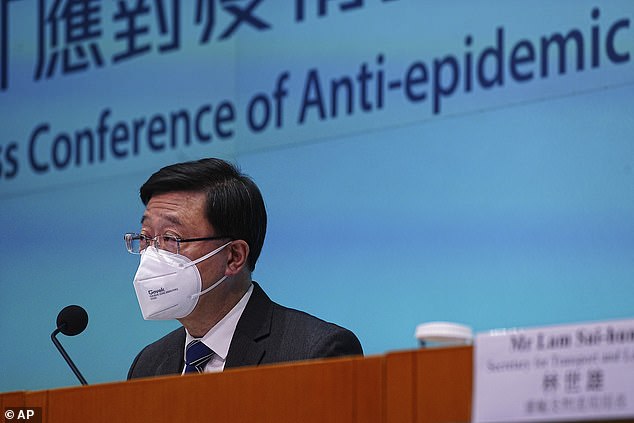 From September 26, travellers will be subject to PCR tests on arrival and will be unable to visit restaurants and bars for the first three days under a system authorities have dubbed ‘0+3’.

‘Under this arrangement, the quarantine hotel system will be cancelled,’ Lee told reporters.

Tourists who test positive face being isolated in hotel rooms at their own expense. Most residents can isolate at home, but those who cannot may be sent to government facilities.

Authorities also said they were lifting quotas on arrivals from mainland China – but those going in the opposite direction must still quarantine under Beijing’s strict zero-Covid rules.