One of the state’s most prominent detectives, who played an integral role in the Cleo Smith rescue last year, has been stood down amid a WA Police and Corruption and Crime Commission investigation. 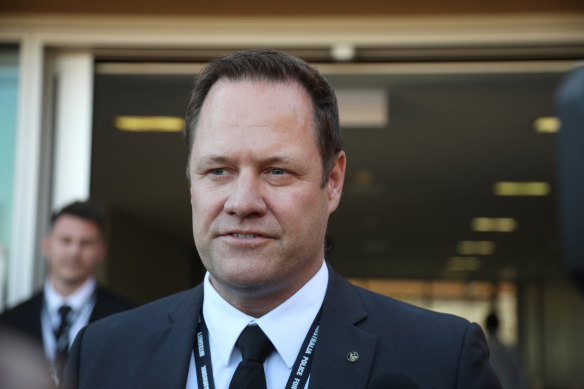 Blaine led the on-ground search for Cleo after her kidnapping in October 2021. He was one of four detectives who found her locked in Terence Kelly’s house in Carnarvon in WA’s Gascoyne region on November 4 and was the cop who famously asked her name after she was rescued.

In a joint WA Police and CCC statement on Tuesday morning, the two agencies confirmed a senior WA officer had been stood down.

“As a result of a cooperative investigation between the Corruption and Crime Commission and WA Police Force, a senior detective has today been stood down as investigations into alleged misconduct are ongoing,” the statement said.

“Oversight of police conduct is an integral part of the Corruption and Crime Commission’s work and accounts for a significant amount of allegations it receives.”

The CCC and WA Police said the investigation was ongoing and would make no further comment.

Kelly pleaded guilty to kidnapping Smith earlier this year and could face up to 20 years in prison.

He is due to be sentenced in December.