Constance Wu is opening up about her suicide attempt in 2019 and the aftermath.

The Crazy Rich Asians and Hustlers actress appeared on Wednesday's Red Table Talk, via Facebook Watch, to discuss the shocking revelations in her book, Making a Scene. They include being sexually harassed and intimated by a male Fresh Off the Boat producer and, later, facing backlash for tweeting her disappointment that the show had been renewed for another season. Being "canceled" over her tweets — with hate coming at her from many directions, including from the Asian American community — led to her attempting suicide.

At her lowest moment amid the backlash, Wu wrapped herself in a blanket and stood on the ledge of her fifth floor balcony overlooking her New York City street. As she considered her fate, a friend who came to check on her, "pulled me over – from climbing over the ledge."

The friend "dragged" Wu "into the elevator, [put] me into a cab and took me to a psychiatric emergency room" for life-saving mental health treatment.

"I slept the night on a cot in the waiting room of the psychiatric ER under observation," she said. The next morning, she began counseling and then she started therapy with a psychiatrist and psychologist every day.

"I needed it. I was unsafe at that point," she recalled. "I was in a mental place of just beating myself up. And so much shame. Feeling like I didn't deserve to live. Feeling like the the world hated me. Feeling like I ruined everything for everyone. Maybe I did for some people, but, you know, people make mistakes, right?"

When Wu posted those infamous tweets, the public didn't know that she claims to have endured sexual harassment by a Fresh Off the Boat producer. They just thought she was a "diva," "ungrateful" and that she thought she had become "too good for the show" after the success of her the film Crazy Rich Asians.

"With the information the public had, of course I don't fault people for thinking that," she said. "What people didn't realize that during my first couple years on [the hit show lauded for its Asian representation], I was sexually harassed and I was intimidated and I was threatened — all the time."

The Asian American producer, whom she didn't identify "was so derogatory and harassing toward me" and she feared speaking up "because this show was sort of a beacon of representation for Asian Americans and I sort of became a symbol of representation. I didn't want to sully the one show with sexual harassment claims against the one Asian American man who was doing all this work [to better] the community. So that is what happened when I tweeted that stuff. It seemed out of character if you don't know me and know all the pain and abuse I had to swallow for years. The reason I'm crying now is because you have to be honest about it as it happens, so that it doesn't come out after the way it [did for me]."

She explained the sexual harassment, saying the producer would tell her how he preferred her hair. Told her to wear short skirts. Rated her friends on whether he'd "f***" them or not. He texted her at night requesting sexy selfies. "He kept tabs on all areas of my life," she said. 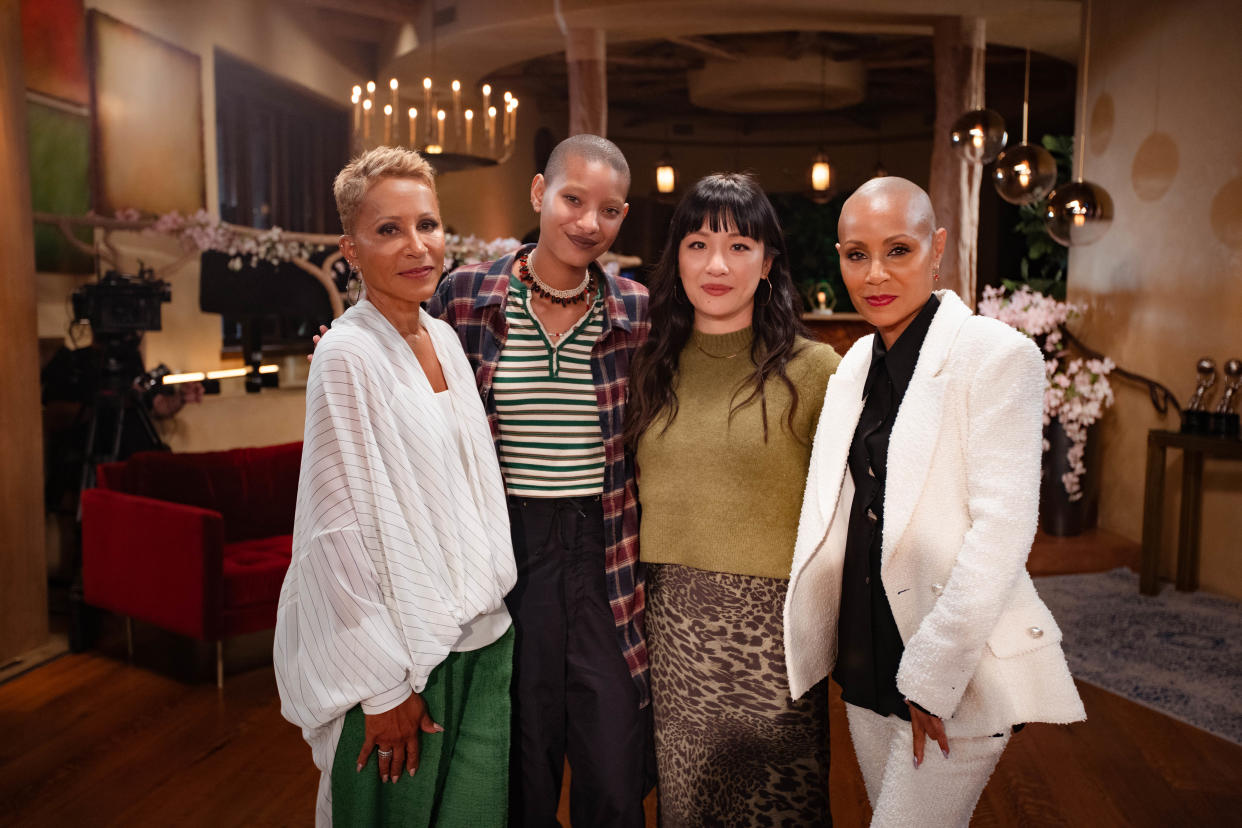 She also claims he touched her inappropriately. He pressured her into going to a basketball game. He told her how to dress. While there, he rubbed her leg and put his hand over her crotch. She told him to stop, which she said angered him and he ignored her in retaliation.

Wu spoke up to a couple people, but nobody encouraged her to go to HR and she didn't think she'd be believed without evidence. She said she now knows that she should have reported it — because even if it didn't help her at the time, it would start a record and potentially help others in the future. She was ultimately able to cut him out for the remaining three to four years of the show.

The Season 5 finale of Fresh Off the Boat was written to be the series finale. She said ABC gave her its blessing to pursue other projects. Then her film Crash Rich Asians was a big success and the network decided to renew the show. It was "sort of a bad look to cancel the one Asian American sitcom," she said. Wu, still under contract and required to do Season 6, felt "lied to" and disappointed because she wouldn't get the "clean slate I was looking forward to." Plus, she had to drop out of projects she had lined up.

So she tweeted, which she now knows wasn't the right move, about her upset over the renewal. She said the backlash was immediate and it was especially hurtful that the Asian Americans "were the ones who piled on" the most. The biggest sting was getting direct messages from a former colleague, an Asian actress, "who should have been my ally."

The messages — accusing her of sullying the one shining beacon of hope for Asian Americans — stung. That triggered her suicidal thoughts. 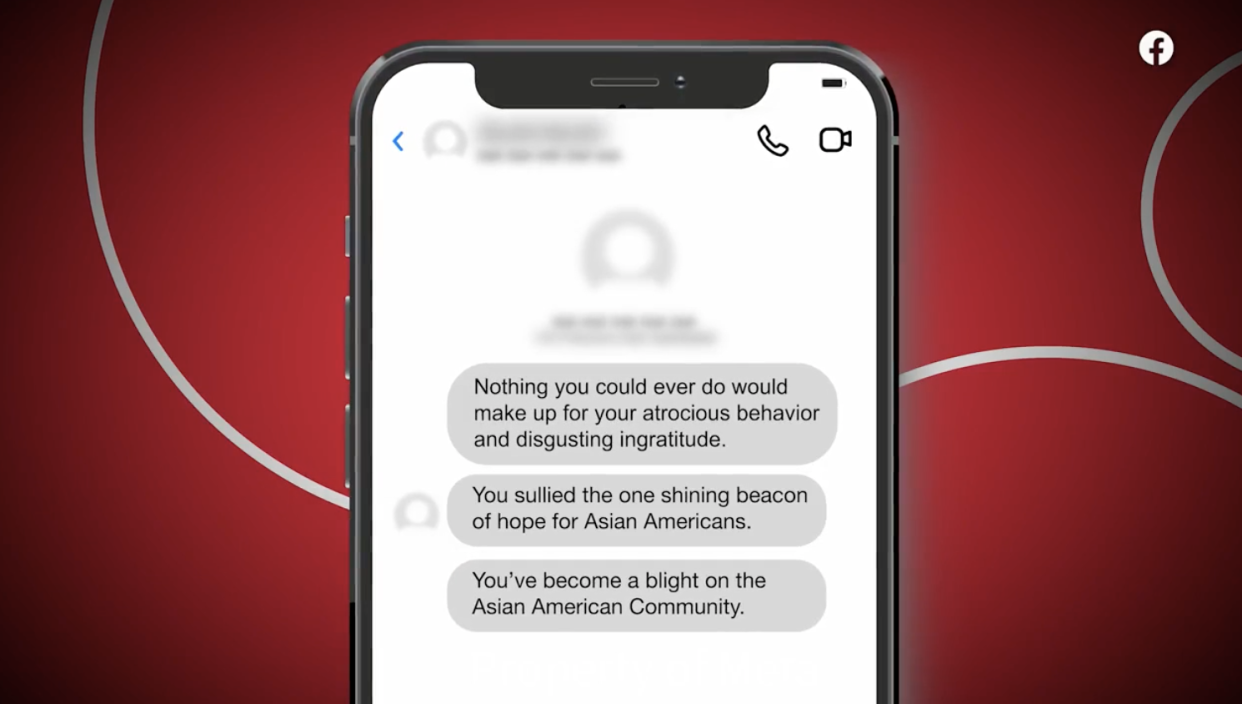 After Wu's tweet backlash, she dropped off of social media for three years. She didn't discuss her suicide attempt or hospitalization publicly and tried to keep a low profile. She recalled in the immediate aftermath being "punished and mocked" — and recalled a story about attending a gala honoring Asian American icons and changemakers in the entertainment industry in late 2019.

Fresh Off the Boat was being honored at the event and there was so much controversy around her that she initially declined to attend. Plus, she was in a "raw place" and didn't want to be the target of mockery. She expressed this and was told she was beloved and it would "only be warm energy and positive vibes" if she came. She said it was a bait and switch.

"They sat me in the front row, and had all these cameras on me, and within 10 minutes the host of the show made a crack at me," she recalled. "I was sitting there alone trying not to cry in a public setting… They had promised they wouldn't mock me and they did it right off the bat. I felt like they were setting me up… It felt like a betrayal from the Asian American community. A couple months prior to that, I was in the emergency room."

She said the host — Simu Liu — "did the right thing and he apologized. It was a sincere apology."

Wu's book of essays is out now and also shares that she was sexually assaulted in her twenties.

If you or someone you know are experiencing suicidal thoughts, call 911, or call the National Suicide Prevention Lifeline at 1-800-273-8255 or text HOME to the Crisis Text Line at 741741.