A married couple have been ‘disgraced’ after they were convicted of supplying unsafe hand sanitiser during the Covid-19 pandemic.

Jeewan Sagu, 41 and Rajika Sagu, 36, were found guilty of selling the products advertised as containing 80 per cent alcohol – when in reality some of it contained less than 30 per cent.

Prosecutor Mark Jackson said that Jeewan Sagu, who ran the day-to-day activities of Birmingham-based wholesalers Big Living Ltd, ‘knew full well the company had made no attempt to ensure that its hand sanitiser was safe’.

The trial heard that Big Living ‘produced’ the sanitiser by re-branding it under Sagu’s trademark name Chemist Plus. 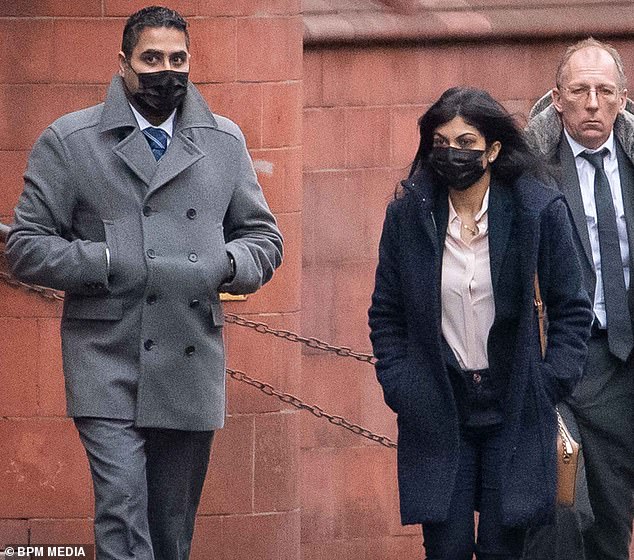 Jeewan Sagu and Rajika Sagu (pictured left-right, outside court) were found guilty of supplying unsafe hand sanitiser containing less than 30 per cent alcohol despite advertising an 80 per cent 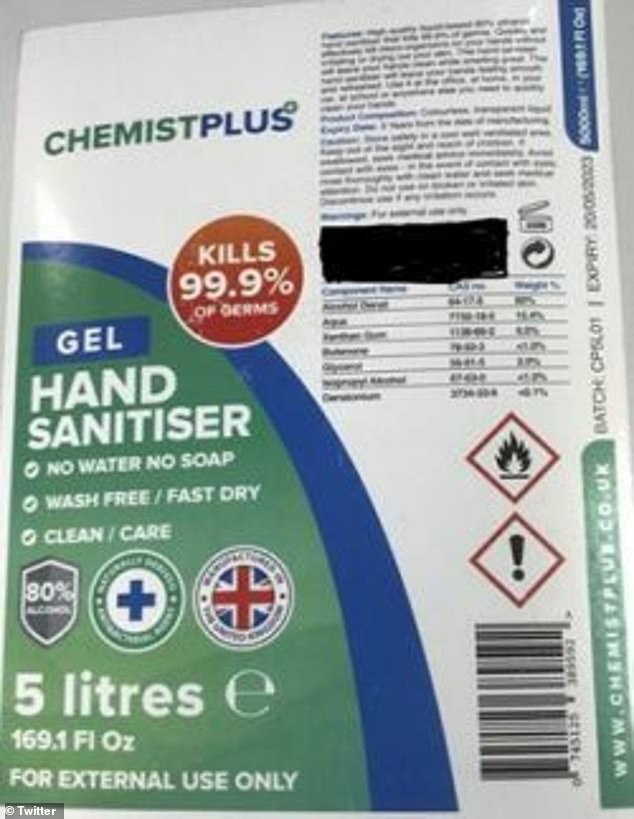 Mr Jackson, who was representing Birmingham City Council, told the court that it is not known who manufactured the dodgy sanitiser.

He added that Mr Sagu ‘deliberately sought to frustrate and mislead’ Birmingham City Council’s investigation and ‘prevented officers from being able to track and trace a potentially dangerous product’.

Trading standards were alerted after a consumer bought the sanitiser on eBay from a wholesaler, which had purchased it from Big Living.

However, when contacted by trading standards, Mr Sagu claimed the hand gel was supplied by another wholesaler.

Desktop IT Ltd – a business in its own right – was also named as one of the directors of Big Living and was represented by director Robert Hiley at the hearing. The business was also found guilty on the same charges as the criminal couple. 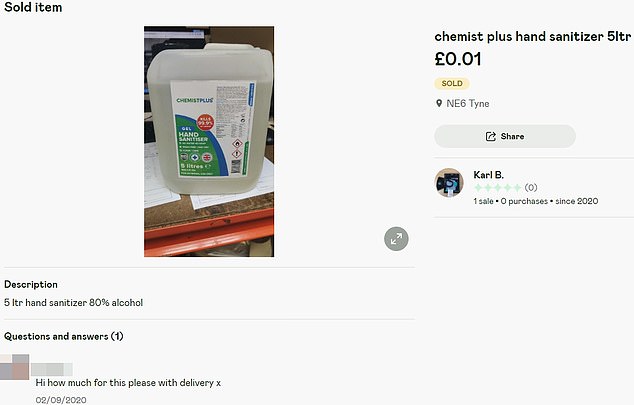 The sanitiser which was ‘produced’ by Big Living Ltd was rebranded under Sagu’s trademarked name. Chemist Plus

Further charges include including failing to adopt measures under the General Product Safety Regulations, and causing another trader to engage in a commercial practice which was a misleading action and misleading advertising.

At a sentencing hearing, Mohammed Latif, defending, said: ‘It is sad to see a defendant of his background and upbringing before the court.

‘He has always prided himself on his good character, hard work, honesty and integrity which will be lost as a result of the court finding. He has no previous convictions. This is a disgrace to him.’

Mr Latif argued that Jeewan Sagu did not deliberately mislead trading standards adding: ‘It was a combination of mismanagement, neglect and failure to focus on what was clearly an important aspect of the investigation’.

He added: ‘You can imagine for an Asian woman how she would pride herself on being of good character. You could imagine the disgrace it would bring to her within her own family and also within the broader community.’

Positive character references for the couple which spoke of their charity work were presented to court by the defense but Judge Wain said that they only made their offending ‘all the more surprising’.

The couple were found guilty of four offences in a case that the judge concluded to be so serious that it has been sent up to Birmingham Crown Court for sentencing.