COVID, contracts and bitter feuds: Why a Kilmore school collapsed

When the pandemic hit, the Kilmore International School looked ready to weather the coming storm. It had been operating for 30 years, had $6 million in the bank and a global reputation for producing outstanding graduates.

Some had studied at Oxford University, others at Yale. The Kilmore alumni included children of diplomats, government and industry leaders from across the Asia Pacific. At Kilmore, they shared classrooms with locals and children bussed in from Melbourne’s fast-growing northern suburbs. 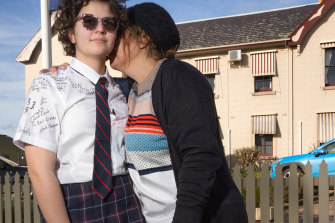 Year 10 student Amber Meuwissen, with her mother Cheryl Abela, is scared she won’t have a school to go to on Monday.Credit:Jason South

On Tuesday this week, when administrators called in by the school board opened the books for the first time, they saw the place was nearly broke.

“They were going to run out of cash within eight weeks,” administrator Paul Langdon told The Age.

Langdon and his partner Ian Grant, insolvency experts with the Melbourne firm Vince & Associates, judged that without a government bailout or a financial Hail Mary from another source, the school would be forced to close by week’s end.

The money never came, more than 300 families are now looking for new schools for their children and an entire school community is devastated.

Year 10 student Amber Meuwissen said her classmates finished their last day on Friday in tears and in the dark. “We’re so scared, just the complete fear of not knowing if we are going to school next week,” she said.

How could a well-established school in one of Australia’s fastest-growing regions go to the wall so hard and so quickly? The simplest answer is COVID-19, but there is far more to the story.

The school is bitterly divided over recent history. Its unorthodox corporate structure means that, while the school is run out of the Victorian town, its land, buildings and all associated intellectual property are ultimately owned by Chinese interests headquartered in the communist party’s tropical island playground, Hainan.

Australia’s closed borders and China’s COVID response resulted in about 50 mostly Chinese students returning home to their families in 2020 and 2021, contributing to an estimated $3.5 million hole in the school’s finances. But the school board spent much of the pandemic trying to extricate itself from historic, third-party contractual arrangements that made its operations dependent on its Chinese landlord.

Sources within the school say these contracts compelled it to pay $500,000 to use the Kilmore name and $1.6 million for “student services” to a group of companies that were created late last century by the school’s founder Ray Wittmer. Since November 2019, the companies have been owned by Taiwanese-born businessman Chien-Long Tai and his wife, Yuyu Chen. They are part of a family education business ultimately controlled by Chen’s father, whose principal interests are in Hainan. 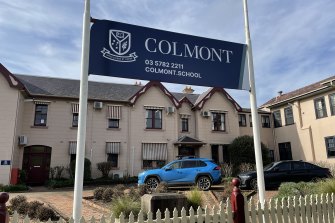 The school severed both contracts at an estimated cost of more than $1 million in legal fees and compensation. This explains why, in April this year, the school announced its intention to change its name to Colmont School and eventually abandon the Kilmore site.

Wittmer, who is now retired, told The Age that the decision to dump the student services agreement failed to save the school money and instead contributed to its collapse.

He said the complex contractual arrangements, in place since 1998, had been repeatedly queried by Victorian regulators but accepted by the federal Department of Education, which provides the school most of its government funding.

Wittmer said that when the school ended its association with Kilmore International School (Vic), an international student services company owned by Tai and Chen, it lost its capacity to attract more students and best look after the ones it still had.

“They can’t function now,” he said. “They haven’t got any expertise.” He said the root cause of the school’s closure was financial mismanagement.

Wherever the truth lies within these competing narratives, the past two years have dramatically changed the character of the school.

From its inception in 1990, the school offered the International Baccalaureate instead of VCE to senior students. Amber Meuwissen says while international students previously made up half her year level, there were just two left this year.

Tai released a statement on Friday denying his company was responsible for the school going under.

“We offered to help with sourcing necessary funds to maintain the school’s operations,” he said. “Despite discussions, a suitable arrangement with the administrators that would allow the school to continue has not eventuated.” 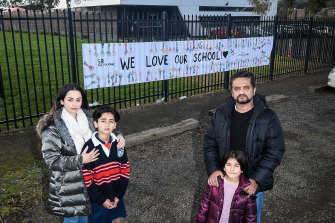 Parents Sweta and Vijay Jaswal, with son Shaurya and daughter Reanna, are looking for a new school for their son after Colmont’s sudden collapse.Credit:Justin McManus

The issue was released on the letterhead of two companies, Sky Writers Pty Ltd and Victorian International Enterprises. Together, these companies own the school buildings and 12.5 acres of school grounds and surrounding land now ripe for residential development.

In the final weeks of the school’s life, board members and the administrators approached banks, their local MPs and the federal Treasury Department in search of a financial solution.

Victorian Attorney-General Jaclyn Symes sends her own children to school in the area and said her local staff did what they could to help keep the school running. Local Federal MP Rob Mitchell said families had been let down and important questions remain unanswered.

“Where has all the money gone?” he said. “We have been trying to bloody work out what is going on. There are issues with the way the land was sold, the [way its] name was sold, a whole heap of things. The administrators need to take a deep breath and go back to families and staff and explain exactly what has gone on.”

The Craigieburn father enrolled his daughter at the renamed Colmont School for next year on Tuesday. It was the day the school decided to place itself in administration, yet it took his money all the same.

“I’m in a bad situation as I have paid fees for 2023 and there is no indication that I’ll get my money back,” Jaswal said. “We don’t know that.”

The school’s administrators told parents by email on Friday that pre-paid school fees and security deposits were being reviewed to assess if they could be returned, but gave no guarantee they would be.

Parents were frantically swapping notes on Friday, trying to find a new school to take in their children. A flurry of names were floated as possibilities: Salesian College, Overnewton, Ivanhoe Grammar, Hume Anglican Grammar, Aitken College, Braemar College. Some raised the prospect of home schooling for the rest of the year.

Hume Anglican principal Bill Sweeney said the school had fielded so many calls from Colmont parents it had put on an extra staff member to answer them.

Sweeney said the school wanted to help as many families as it could accommodate, but was mindful not to give desperate parents false hope. Most families who inquired were looking for a primary school place, for which Hume had no capacity.

“Unfortunately, the most interest was in those years where we are full,” Sweeney said. By Friday, it had offered places to just 12 Colmont secondary students.

Fees will be waived for those students for the rest of term three, but will return to normal for term four.

A Victorian government spokesperson said it would provide a place for every Kilmore student who wanted to go to a state school. “While we’re supporting families to transition to a new school it would not be appropriate for government to get involved in the funding arrangements of a private business.”