Credit Suisse crash to a record low amid market turmoil

Credit Suisse shares crashed to a record low on Monday after a bid by bosses to calm investors over the health of the Swiss bank backfired.

Traders and bankers rushed to buy Credit Default Swaps (CDS) – an insurance tool if the company goes bust – after its share price dropped by 10 per cent.

Senior executives of the company called its biggest clients to reassure them that its position was safe and secure, according to the Financial Times.

And last week chief executive Ulrich Koerner said the bank had a ‘strong capital base and liquidity position’.

He urged employees not to confuse the ‘day to day stock price’ with the company’s underlying performance.

Credit Suisse’s five-year CDS’s rose by 100 basis points – otherwise known as a levy or interest rate on a contract – which is the highest they have been since the financial crisis since.

At the same time its share price hit historic lows on Monday. 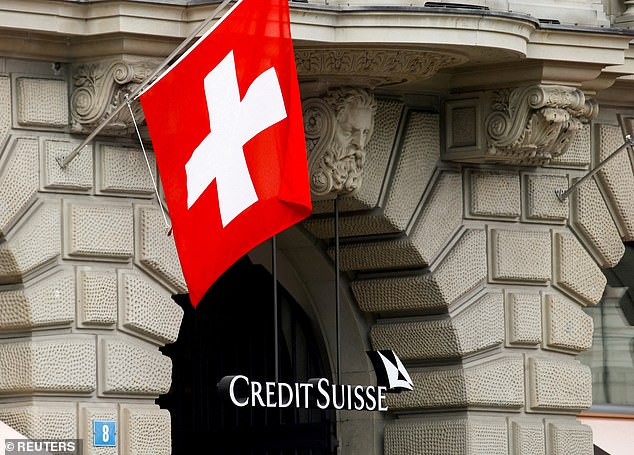 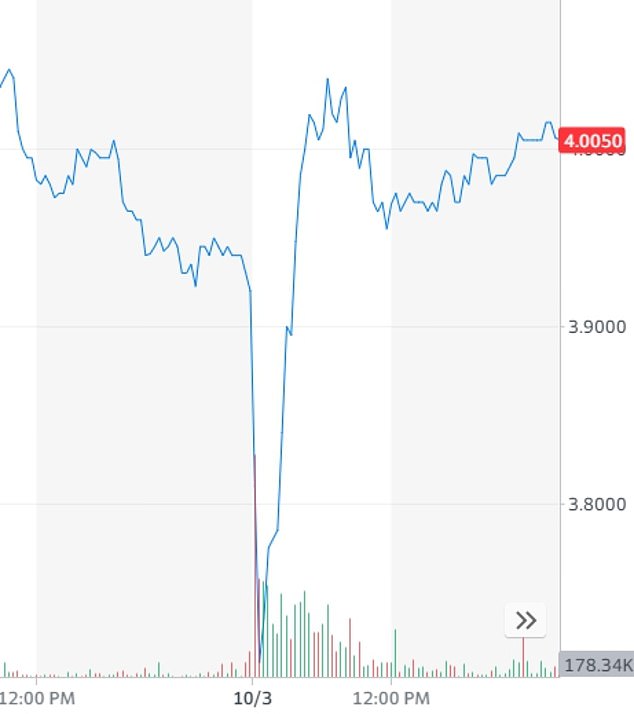 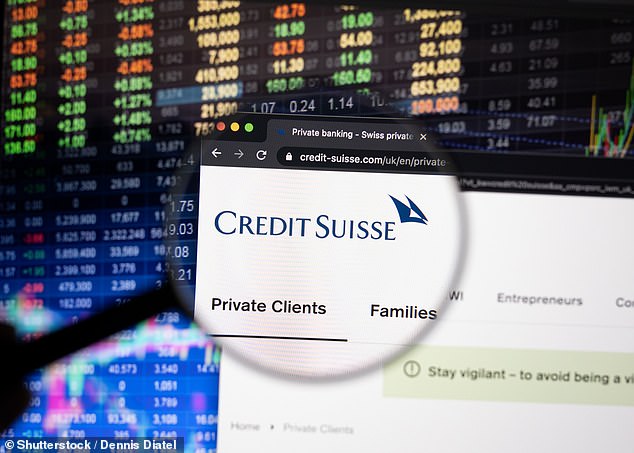 Reassurance: Chief executive Ulrich Koerner said the bank had a ‘strong capital base and liquidity positions

Credit Suisse shares have lost 25 per cent of their value in the past three weeks.

The emergence of the memo comes less than a week after the bank released a statement to investors that it is ‘well on track with its comprehensive strategic review’.

It said it aims ‘to create a more focused, agile group’ and will release details of a ‘transformation’ plan on October 27.

But Koerner said in the memo, first reported on Reuters and seen by The Mail on Sunday, the bank is at a ‘critical moment’.

‘I am conscious that there is lots of uncertainty and speculation both outside and within the company.’

He said he wanted ‘to make sure that you hear from me directly during this challenging period. I will therefore be sending a regular update to you all until then’.

Koerner was promoted to the top job in July. The bank aims to cut costs by more than $1billion (£897million) and sell parts of the business amid reports that it could slash 5,000 jobs.

The restructuring plans are part of strenuous efforts to draw a line under a string of scandals linked to the Swiss lender.

It became embroiled in the collapse of controversial lender Greensill Capital and the US hedge fund Archegos Capital in 2021. It also admitted last year it had defrauded investors as part of the historical Mozambique ‘tuna bonds’ loan scandal, leaving it with a fine of more than £350million.

But the board are keen to fend off a further negative spiral that could affect their recovery plans.

Koerner said in the memo: ‘No doubt there will be more noise in the markets and the press between now and the end of October. All I can tell you is to remain disciplined and stay as close as ever to your clients and colleagues.’

‘I know it’s not easy to remain focused amid the many stories you read in the media – in particular, given the many factually inaccurate statements being made.

‘That said, I trust that you are not confusing our day-to-day stock price performance with the strong capital base and liquidity position of the bank.’

Rising rates left many people’s pensions at risk through liability-driven investments, which were highly leveraged and wrapped up in government bonds.