A London cyclist was wrongly told that he had broken the law after swearing at an unmarked police car, the Met said.

A viral video showed a cyclist yelling at a car to ‘get out of the f***ing way’ which turned out to be an undercover police car that blared its sirens and pulled him over.

One of the officers in Wandsworth accused the cyclist, who was travelling with his children, of not only being ‘inconsiderate and stupid’ but committing a public order offence.

In the footage, one officer said: ‘Swearing in the street with two small children that are yours. You’re committing public order offences with your kids.’

The officer claimed that swearing in a public place where there is two children was a public offence ‘under Section 5 of the Public Order Act’ and could be fined £100.

He continued: ‘If we weren’t police and we were the wrong type of people… if I overran you because I’m that type of person because you’re swearing at me – you want to put your kids’ lives at risk? Really and truly?’ 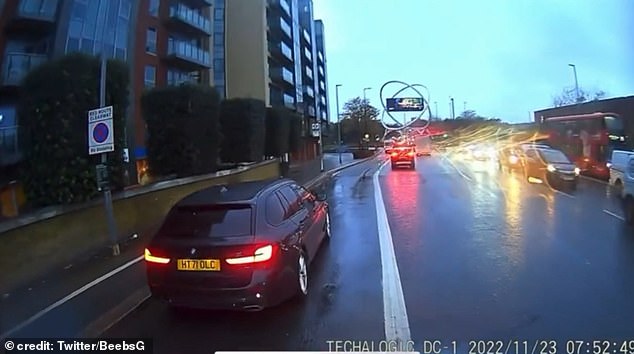 The cyclist yelled ‘get out of the f***ing way’ at an unmarked car in Wandsworth, London 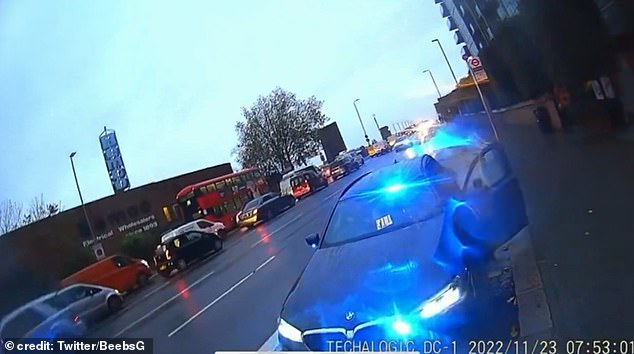 But to the cyclist’s surprise, the car’s sirens went off and two officers pulled him over 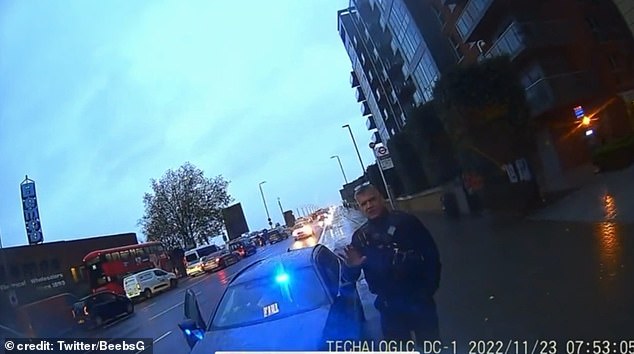 Although the cyclist apologised, the officer accused him of being ‘inconsiderate and stupid’

The cyclist said that if someone were to physically attack him for swearing that would be against the law, but the officer replied that swearing in the street was also breaking the law.

‘It’s a public offence. In a public place, where there’s small children, you cannot swear. It’s under Section 5 of the Public Order Act. It’s an offence and it’s a £100 fine,’ the officer said. 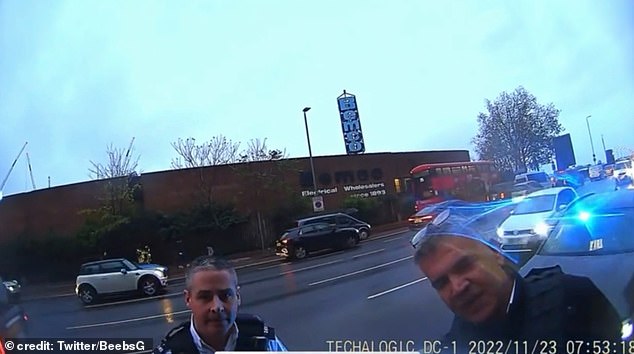 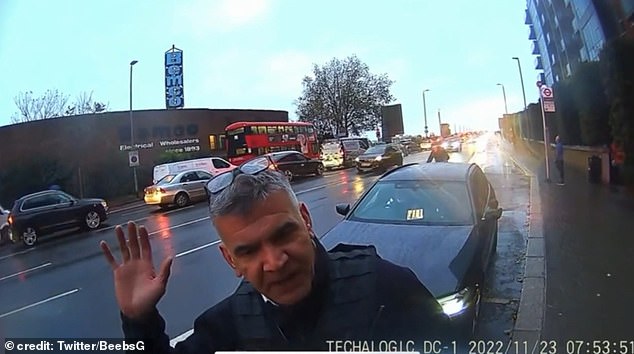 An officer said: ‘ It’s a public offence. In a public place, where there’s two children’

A person is guilty of an offence if they use ‘threatening’ or ‘abusive’ words or behaviour that is likely to cause ‘alarm or distress’, according to the act.

The Met Police confirmed that the cyclist was not fined following this incident.

The video also shows several cyclists having to move around the police car which was parked across the bus and cycle lane.

Rule 213 of the UK’s Highway Code states that cyclists ‘may sometimes ride in the centre of the lane’ in narrow sections of the road or where there is slow-moving traffic. 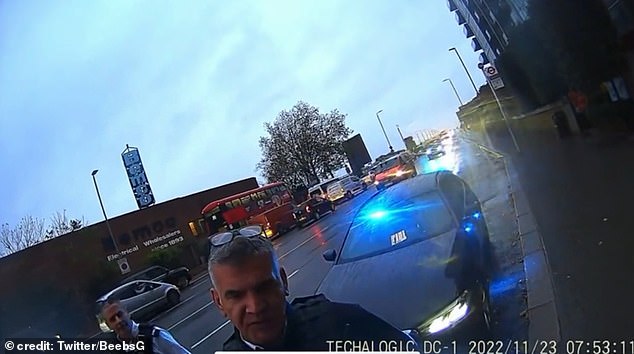 Inspector Tony Adkins of the Met’s Roads and Transport Policing Command said: ‘I’ve seen this video, and what the officers say is clearly wrong.

‘Officers were conducting an operation in the area to stop a vehicle, and I am content that it was appropriate for them to have stopped in a bus lane due to this operational need.

‘I will speak with the two officers concerned when they are next on duty.’